Hezekiah B. Walters was a 14-year-old incoming freshman. 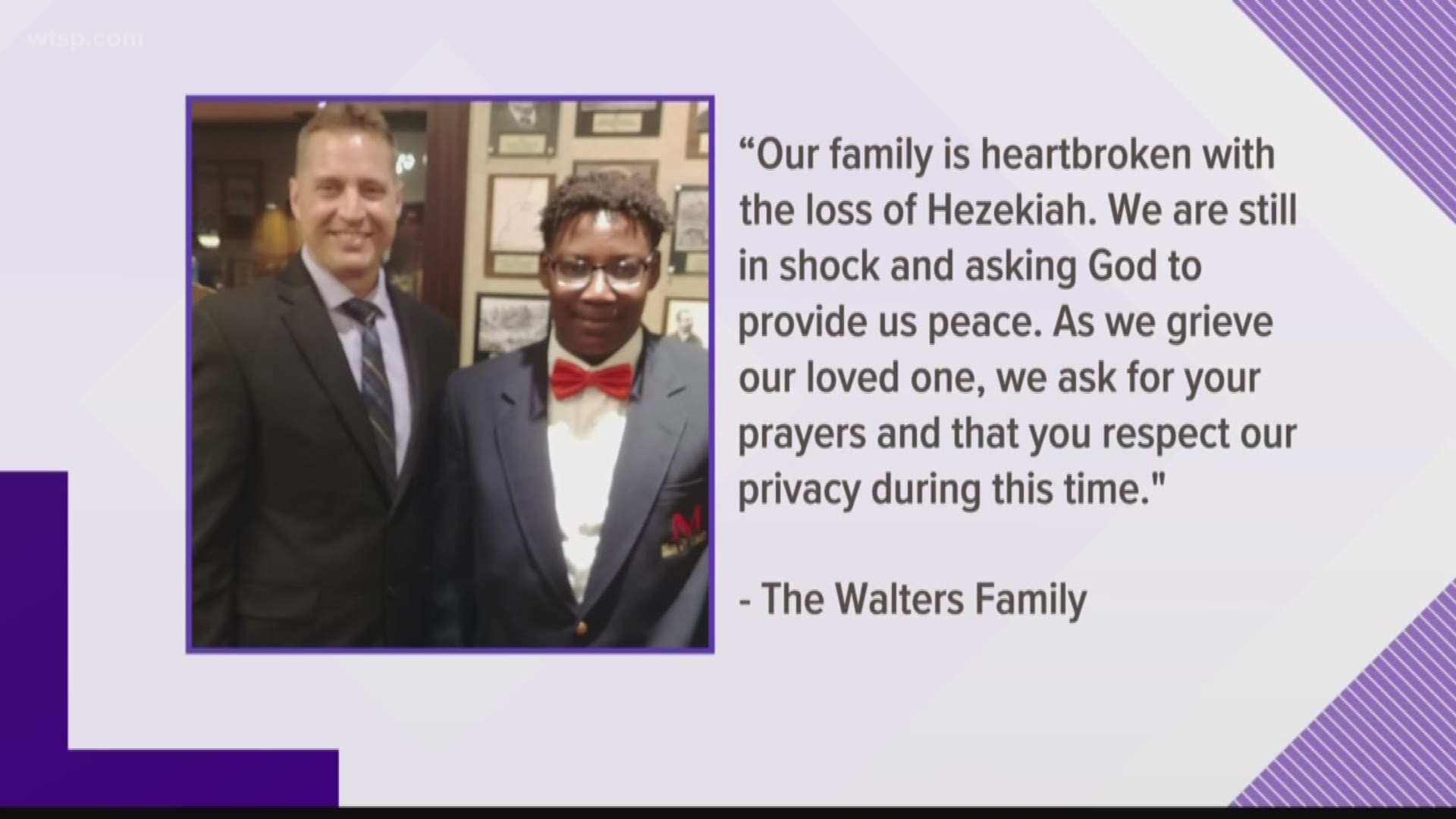 TAMPA, Fla. — A teen is dead after collapsing during conditioning drills on a football field.

It happened around 4 p.m. Tuesday at Middleton High School. A police spokesperson has since identified the victim as Hezekiah B. Walters.

Police say Walters was a 14-year-old incoming freshman. A law enforcement official said the team was roughly 30-40 minutes into conditioning drills when he collapsed. Those drills included weightlifting, wind sprints and water breaks.

Walters' family said they are heartbroken.

“Our family is heartbroken with the loss of Hezekiah.  We are still in shock and asking God to provide us peace.  As we grieve our loved one, we ask for your prayers and that you respect our privacy during this time."

The medical examiner is working to determine the official cause of death.

"We are devastated by the death of one of our students," a Hillsborough County School spokesperson wrote in an email. "This student was an amazing young man who was loved by his friends, teachers and staff at school."

"He was taking part in conditioning and weight lifting with other athletes and coaches when he collapsed," the spokesperson said. "The coaches immediately called 911 and he was rushed to the hospital. We were heartbroken to hear the news that he later passed away."