Nick Panipinto was killed at an Army base in South Korea Nov. 6. 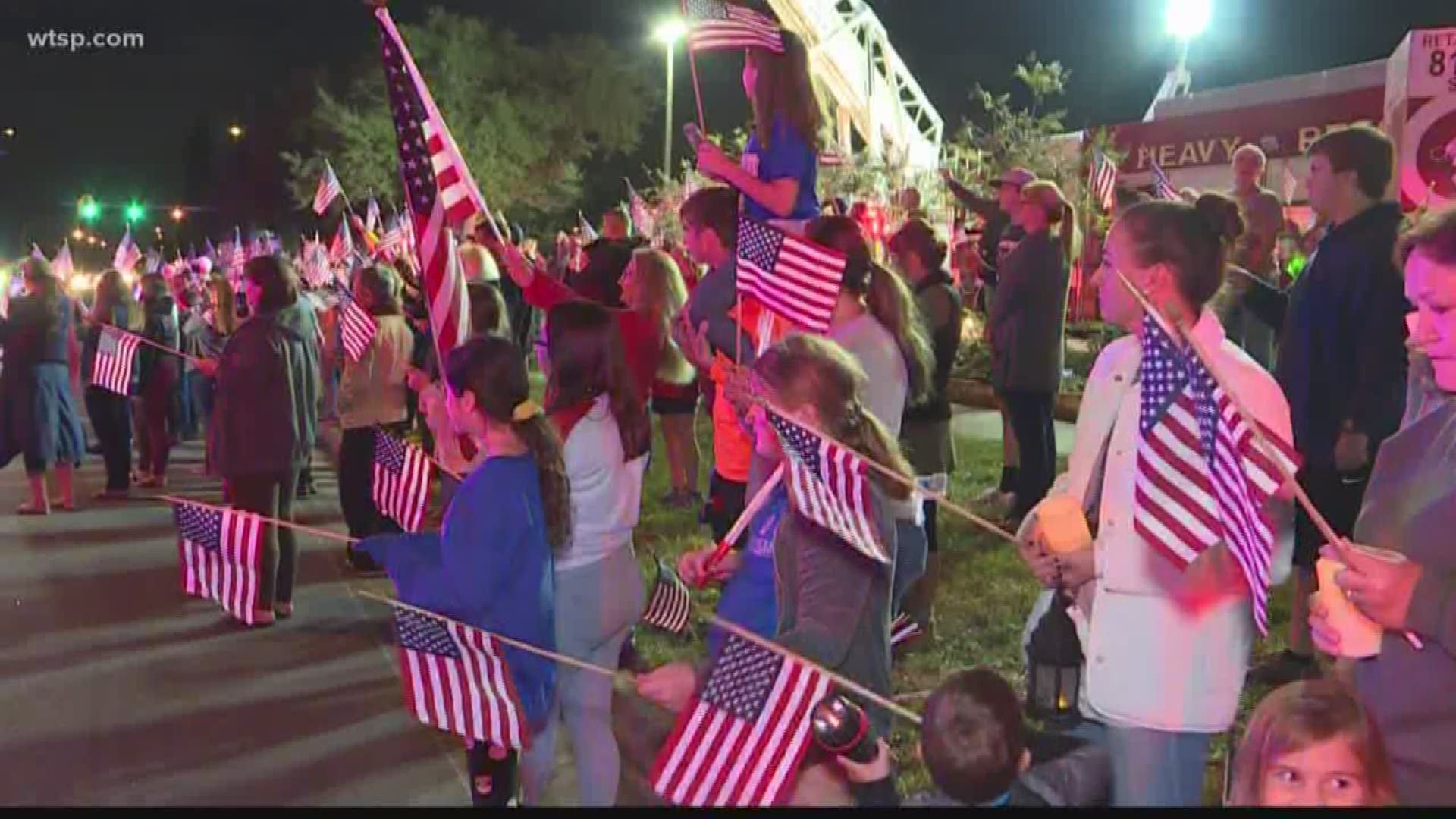 BRADENTON, Fla — People packed both sides of Manatee Avenue in Bradenton Wednesday night to pay their final respects to Nick Panipinto, who died on an Army base in South Korea on Nov. 6.

Some people said they came to the procession because they knew Nick and his family personally.

“I was there when he was born and I’ll be there when he finally arrives home. It’s a tough time for everybody. We love the Panipinto family. We love you, Nicholas,” one man attending said.

Some are here because their own kids are in the army.

“As an Army mom, you never wish that on anyone,” Jami Pasqualicchio told 10News. “It’s just Army strong. He was a great kid and I’d do anything to support the parents.”

Some people said they came because they had also served.

“When there’s a loss like that you do everything you can,” David Clark said.

He added this message for Panipinto’s family: “The community is behind you. We feel sorry for your loss.”

Nick was two years into a three and a half year contract with the US Army. He was stationed in South Korea.

RELATED: 'He was the best kid' | Family reflects on 20-year-old soldier from Bradenton killed in Korea