Not in vain: Mothers to victims of the opioid epidemic band together

Members of the 1,000 plus strong Facebook group gathered on St. Pete Beach to celebrate and honor their families and one another. 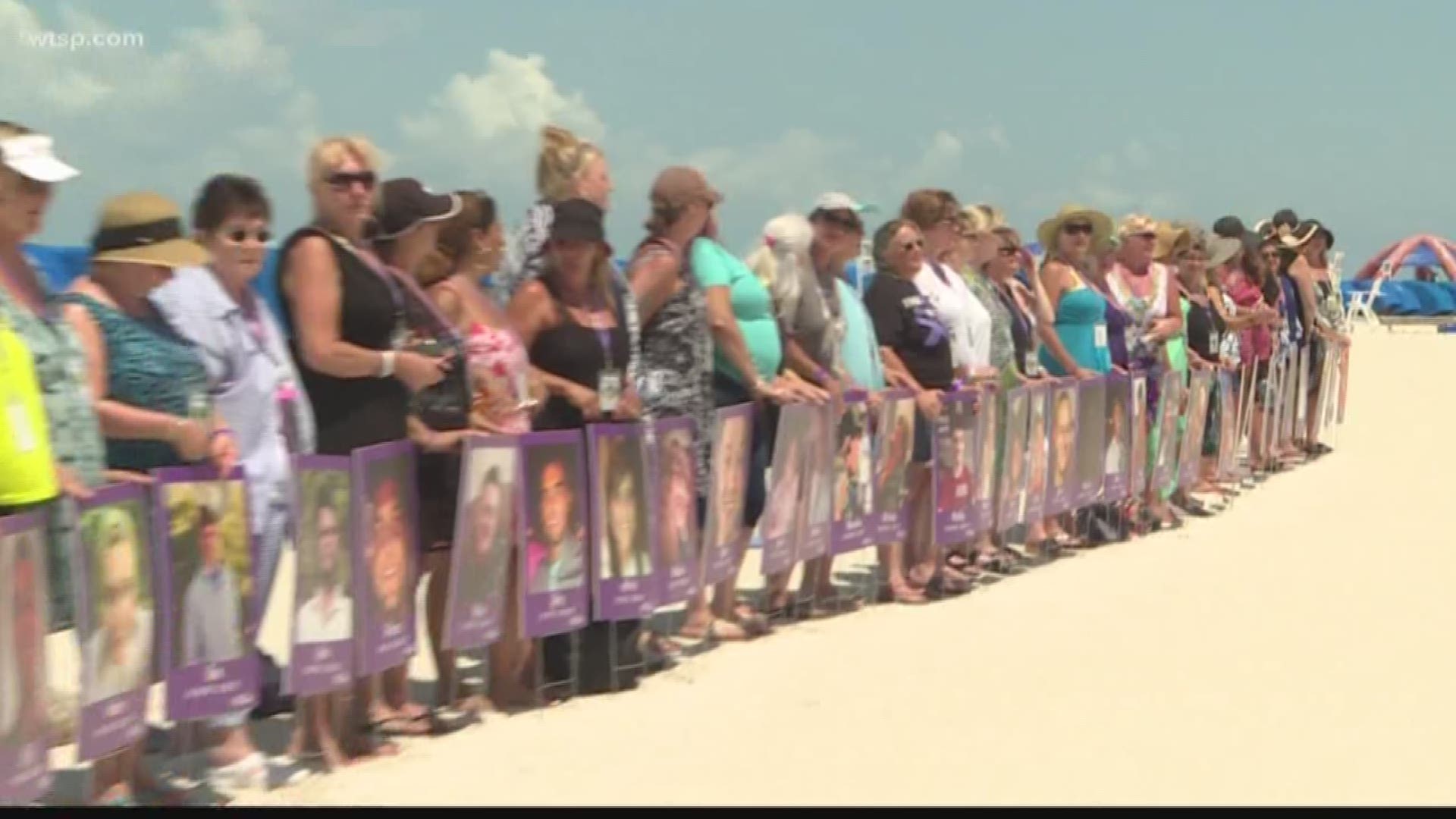 ST. PETE BEACH, Fla — According to the Centers for Disease Control and Prevention, an average of 46 people die every day from an opioid overdose. The epidemic has left wives without husbands, kids without siblings and mothers without children.

A group of those mothers bonded together and declared that their children’s deaths will not be in vain.

"I didn’t want to feel worse. I needed to know there was hope I could feel better some day. So what I did was by accident," explained PJ Champion Sally, the founder of Facebook group #NotinVain. She said she was just trying to create a Facebook message thread, instead, she created a major support group. “We started with 40 women. And a year and a half later we are at 3,150 women.”

Sixty of those mothers met on St. Pete Beach to celebrate and honor their kids, families and themselves Sunday.

“They understand what we are going through. They understand the feeling that is the most unnatural, heartbreak, anyone could ever have," member Laura Curbo said.

The mothers draw strength from a club no one wanted to be in, but are now so glad to be a part of.

"I would not be here today if it wasn’t for ‘Not in Vain,'" Alice Arnold explained.

During the weekend the members played bonding games and grieved for their losses. Each mother was armed with a photo of their son or daughter and a lanyard with their picture. Their mission: make it so that their children didn’t die in vain and can serve as examples of what opioid abuse and addiction can result in.