Backup ballots? In case there's a recount, Florida counties agree to save digital copies of ballots

The state's eight most populous counties, including Hillsborough and Pinellas, have agreed to save the digital ballot images of all votes cast. 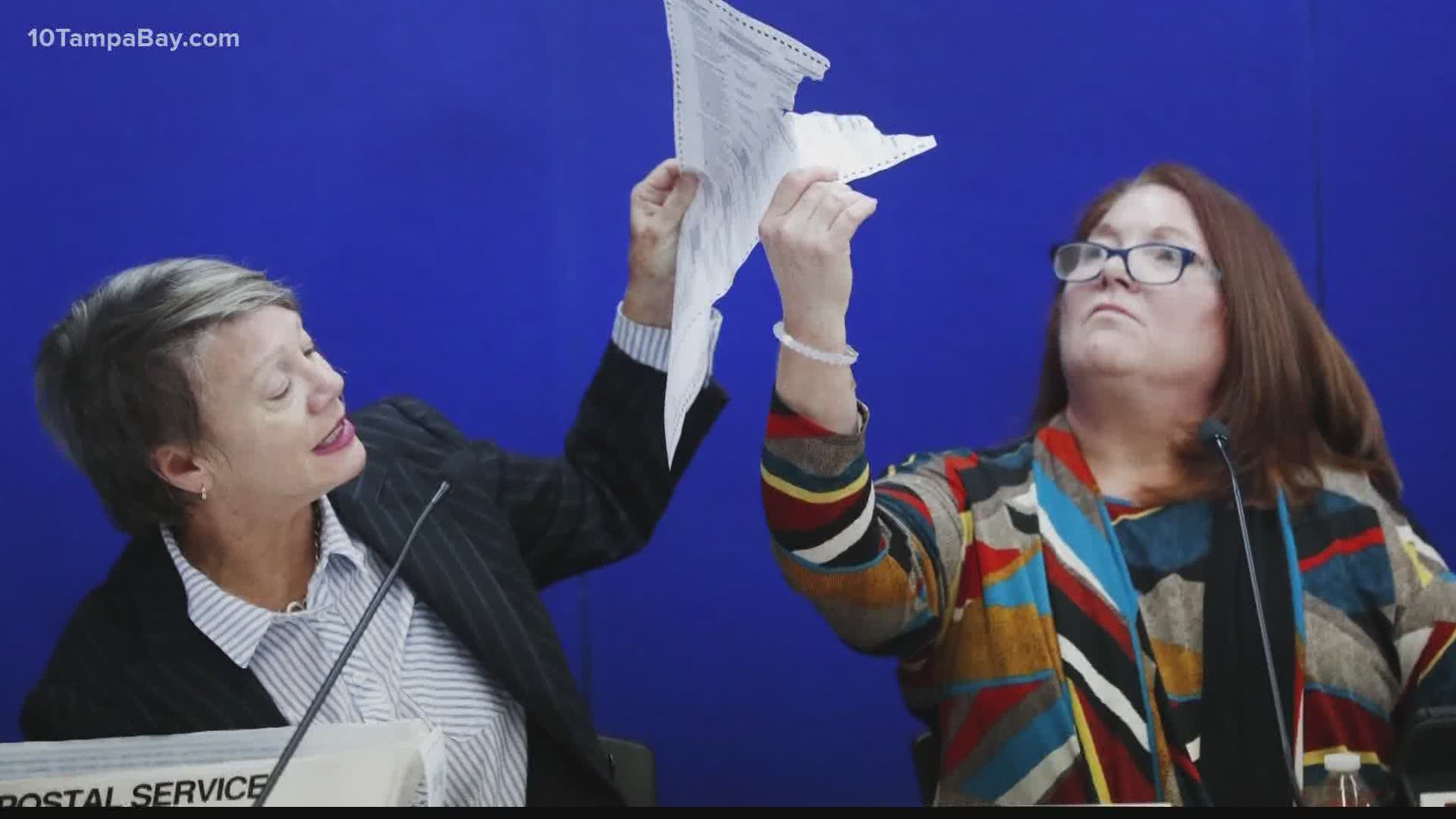 ST. PETERSBURG, Fla. — In a state where vote recounts aren’t exactly rare occurrences, elections supervisors in Florida’s most populous counties have agreed to save digital images of all ballots cast in the upcoming November presidential election.

The agreement among supervisors of elections in eight counties, including Hillsborough and Pinellas, pauses a lawsuit arguing the digital images that are produced when paper ballots are scanned are public records that must be saved.

State and federal laws require that paper ballots be kept for 22 months after an election, but it doesn’t specify that the digital images of the ballots be kept as well.

Chris Sautter, an attorney with AUDIT Elections USA which is leading the lawsuit, argues saving the digital images can assure the state avoids recount messes of the past, like the infamous 2000 presidential election and, more recently, the 2018 gubernatorial, U.S. Senate and agriculture commissioner races.

Florida law stipulates a machine recount is automatically triggered in an election if the margin is 0.5 percent or less.

“These digital ballot images will help make sure that the elections are publicly verified, more accurate and that the voters will have more confidence in the outcome,” Sautter said. “One of the greatest problems today is cynicism about elections.”

Miami-Dade, Broward, Orange, Lee, Duval and Palm Beach counties are also included in the agreement. Along with Hillsborough and Pinellas, the eight counties, according to Sautter, represent nearly 60 percent of ballots cast in the state.

Supervisors of elections named in the lawsuit argued that a requirement to save the images could lead to delays in vote tabulation.

“The plaintiffs’ claims in this case can best be characterized as a solution in search of a problem,” attorneys for Secretary of State Laurel Lee and state Division of Elections Director Maria Matthews wrote in court documents.

“The plaintiffs seek to add a redundant additional layer to processes at the state and county level to allegedly ensure election integrity.”

But advocates argue the redundancy is exactly what makes it necessary.

“The redundancy provides greater proof of what the voter intended,” Sautter said. “You’ve got the paper ballot you’ve got the ballot image, that removes doubt about whether that ballot should be counted.”

The lawsuit was filed by the Florida Democratic Party, three state Democratic lawmakers and a Democratic candidate for supervisor of elections in Pinellas County.

Attorneys for the supervisors of elections and the Secretary of State’s office filed motions to dismiss the case, but that motion was denied.

A notice of appeal has been filed. The case can continue after Nov. 17.