Take it to the polls: Fight continues to repeal Florida’s 'stand your ground' law

This group vows to take their fight to the polls, vowing to only vote for candidates in November planning to repeal Florida's controversial law. 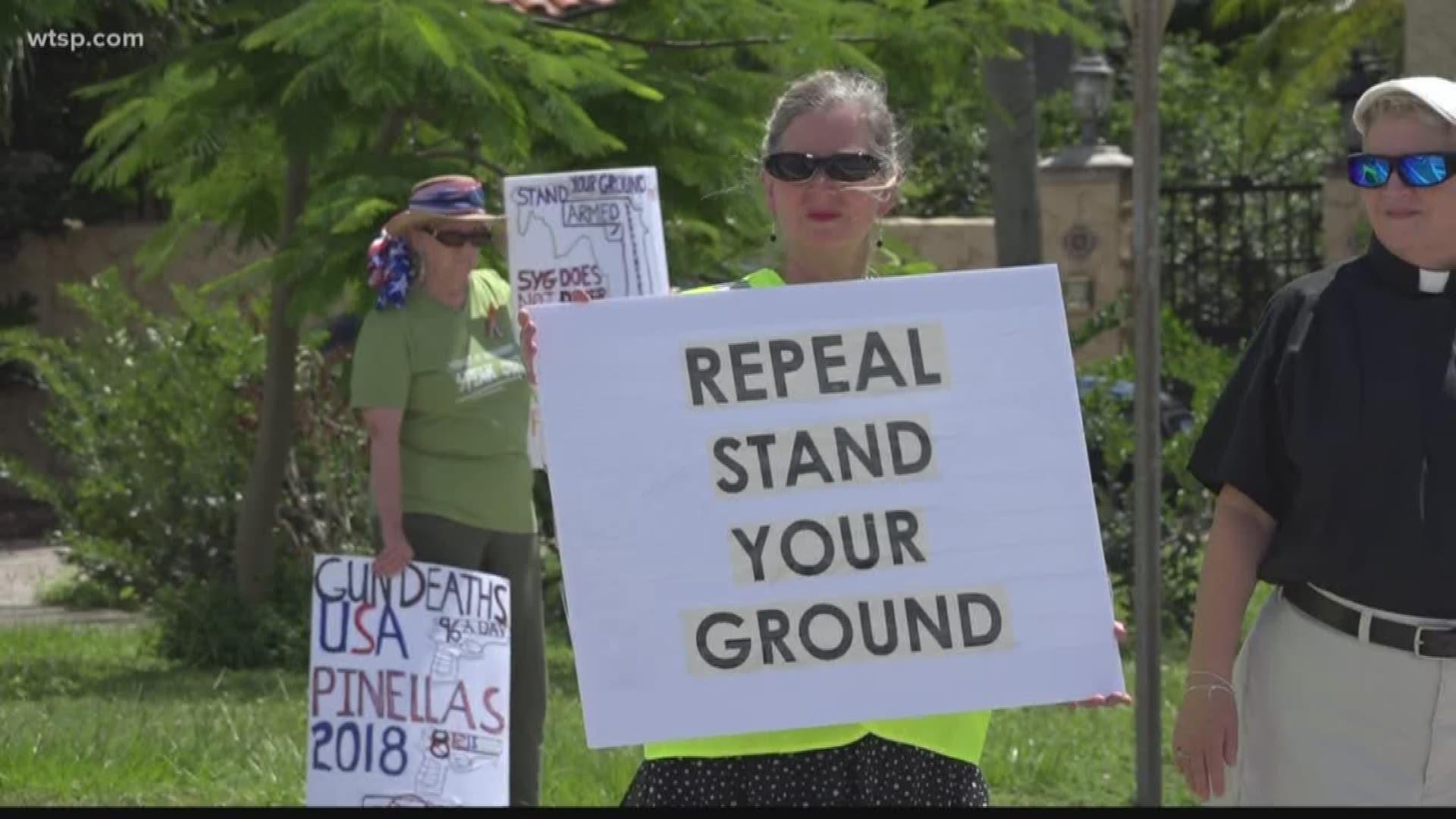 Rallies and protests against Florida’s “stand your ground” law continued Sunday as a Clearwater case now waits on a decision from the State Attorney’s office.

Drejka initiated the argument with McGlockton’s girlfriend after she parked in a spot for a disabled person at a local convenience store. Coming to his girlfriend’s defense, McGlockton is seen in surveillance video pushing Drejka, who then pulls out a gun and shoots McGlockton.

Since McGlockton’s death, people have been taking the streets in protest, calling for murder charges against Drejka.

Five members of Congress, including Florida Sen. Bill Nelson, have called on the Department of Justice to investigate.

Sunday, dozens of protesters marched the streets of St. Petersburg with a new call to action: A plan to bring about permanent change.

“The law needs to be changed, it’s not working the way it should,” protestor Linda Nelson said.

The group blocked the intersection of Haines Road North and 38th Avenue North, calling for a repeal of the law.

“Markeis' life does matter," said pastor Andy Oliver. “We're going to be a community that stands even in the middle of the street to call to end unjust laws.”

Police intervened after heated moments between drivers and protestors. While it remained peaceful, the group carried their fight from the streets to the pulpit. Tallahassee Mayor and gubernatorial candidate Andrew Gillum lead the charge with a Town Hall at Mt. Carmel Baptist Church in Clearwater.

“I don’t know how hard the shove was but let me be clear, there was no action taken by Markeis that necessitated an execution,” Gillum said.

“The best way that we demonstrate the taking of power is by showing up and demonstrating our constitutional right to get out there and vote.”

“When a man’s life is worth nothing more than an angry moment and a law to shield that ugliness behind it, is time for this nation and state to get its house in order,” said Reverend Charles McKenzie, Florida state coordinator for Jesse Jackson’s Rainbow PUSH Coalition.

The group vows to take their fight to the polls, vowing to only vote for candidates in November planning to repeal Florida’s controversial law.

“I’m hoping we’re able to keep this moving for the area and that a positive outcome will come,” Andrea Smith said.