She took the oath of office at 10 a.m. Wednesday. 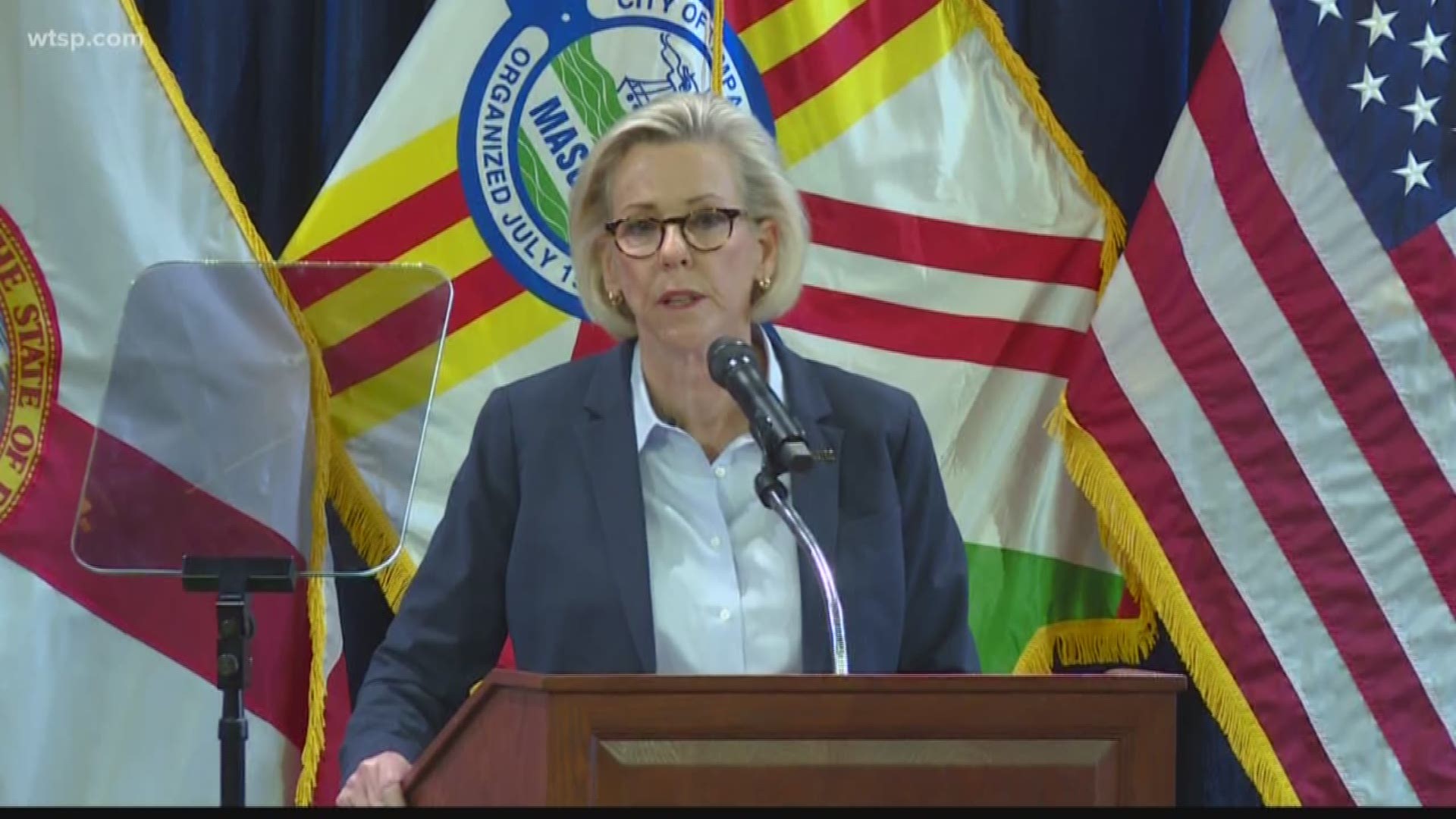 TAMPA, Fla — Jane Castor was sworn in as Tampa mayor on Wednesday morning.

"I would not be standing here today if it was not for your support and your friendship," Castor said during her speech. "When I began this process of running for Mayor twelve very long months ago, I asked you to stand with me and for the City we all love so much. And boy did you deliver!"

“People are excited for what Jane is going to bring to the table. I’m excited to leave her a great city,” said Buckhorn. “You know, if I had to pass the torch to somebody I’m glad it’s Jane Castor.”

Mayor Castor told the crowd Tampa would change more in the next ten years than it had in her lifetime. She said she was starting from a good place thanks to the city leaders that had come before her.

"Your unwavering support, your boundless generosity, and your votes all made this day possible," she added. "I will remain forever grateful for your encouragement and I will work tirelessly every day to maintain your trust."

She also thanked her life partner, Ana, who she calls her "best friend, confidant, critic, and most ardent supporter."

Castor’s speech was optimistic. It celebrated Tampa's history, promising to concentrate on communities that have yet to enjoy its recent investment and success.

Related: This is what has Tampa's mayor-elect rappelling down 17 stories