The Tampa Bay area continues to be plagued by the toxic algae bloom. 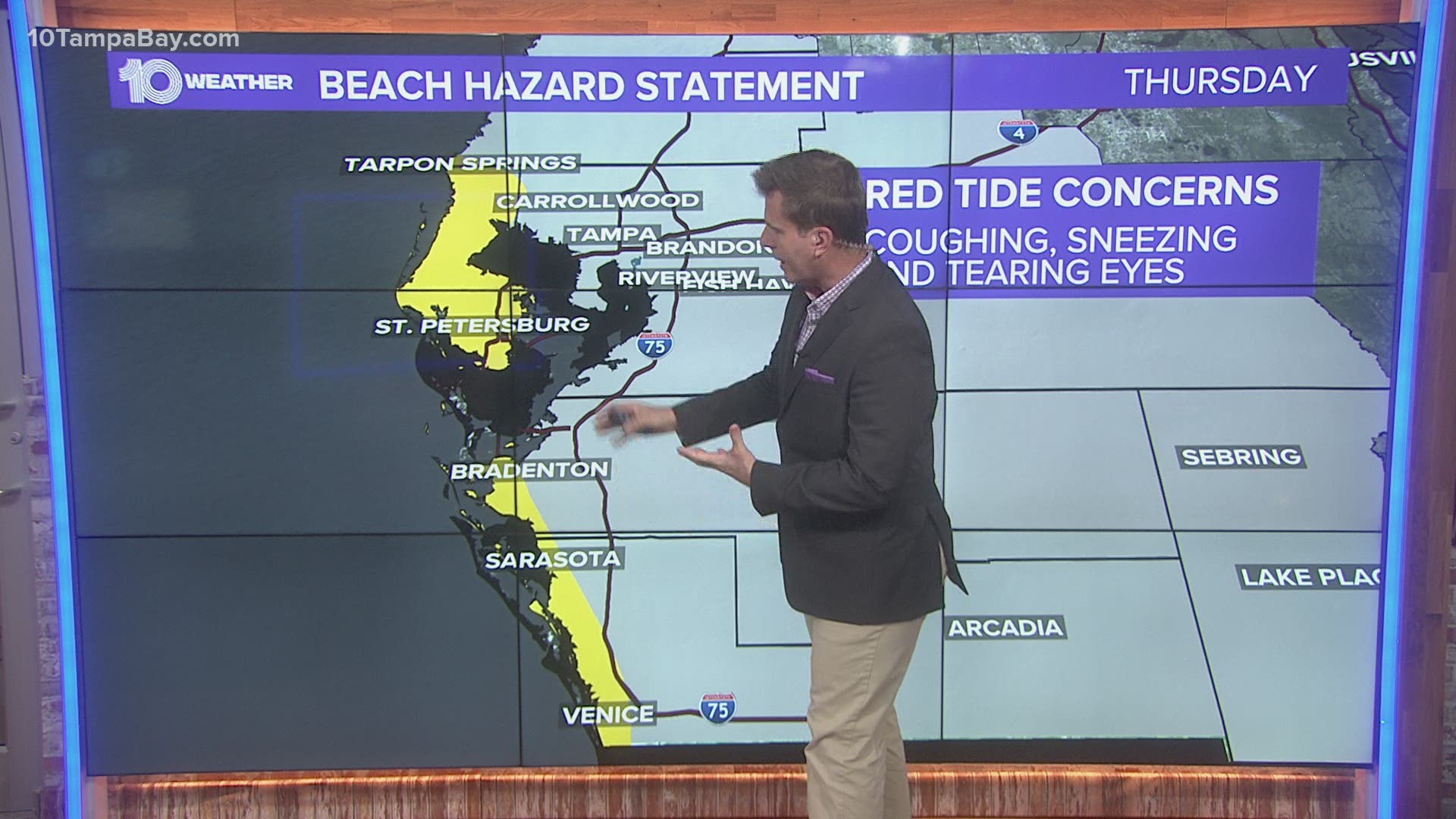 PINELLAS COUNTY, Fla. — Red tide is continuing to impact waterways across the Tampa Bay area and research shows this year's emergence of the toxic algae bloom is the worst the area has seen.

Data compiled from the Florida Fish and Wildlife Conservation Commission and NOAA show red tide impacts in the Tampa Bay area over the decades, dating back to 1956. Scientists at the Tampa Bay Estuary Program (TBEP) say this year's spike in red tide algal blooms is no coincidence.

"This year, combined with the lower rainfall, as well as the nutrients we saw from Piney Point entering the system, that made this a perfect mix for red tide to grow in the bay," said Dr. Marcus Beck, a program scientist with TBEP.

RELATED: Red tide levels in Tampa Bay at their worst in decades

As of Thursday afternoon, 1,712 tons of marine life have been collected in Pinellas County. That's 3.4 million pounds.