There are no reports or mere background indications of red tide in the Tampa Bay area. 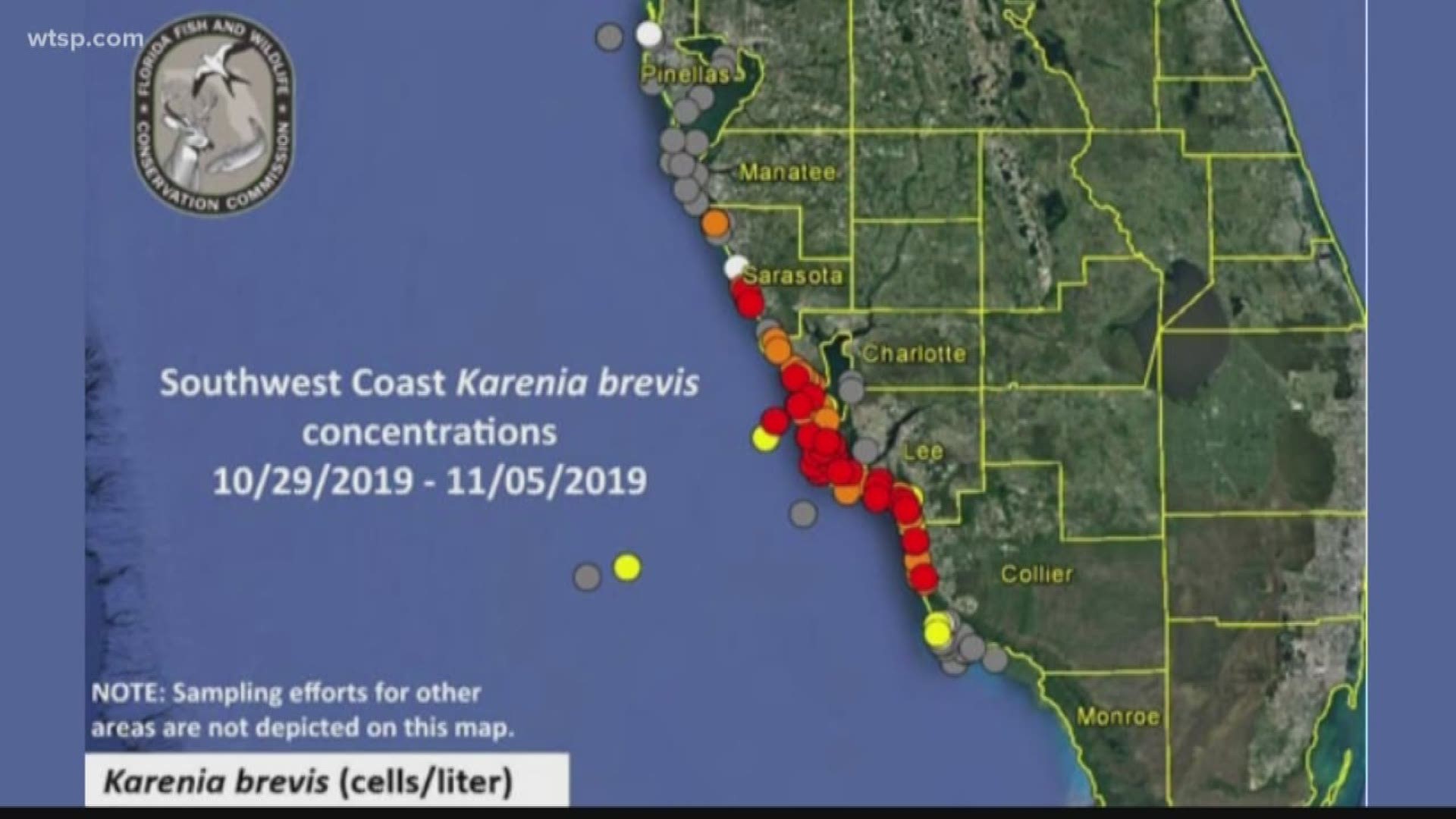 SARASOTA, Fla. — Reports of fish kills and respiratory irritation are on the rise in Sarasota County, and red tide is likely to blame.

Several water samples taken during the past week show concentration levels of the red tide organism, Karenia brevis, ranging from medium to high, according to the Florida Fish and Wildlife Conservation Commission.

There are no reports or mere background indications of red tide from the city of Sarasota to Tampa Bay, including the most popular Pinellas County beaches.

Credit: FWC
The latest concentrations of red tide along the southwest Florida coastline through Nov. 5, 2019.

Forecasting where the red tide might go during the next several days largely indicates it moving away from the coastline because of a north-northeast wind.