Florida man fights off alligator that attacked him

The man says he escaped the gator's "death roll" and pushed the animal away with his bare hands. 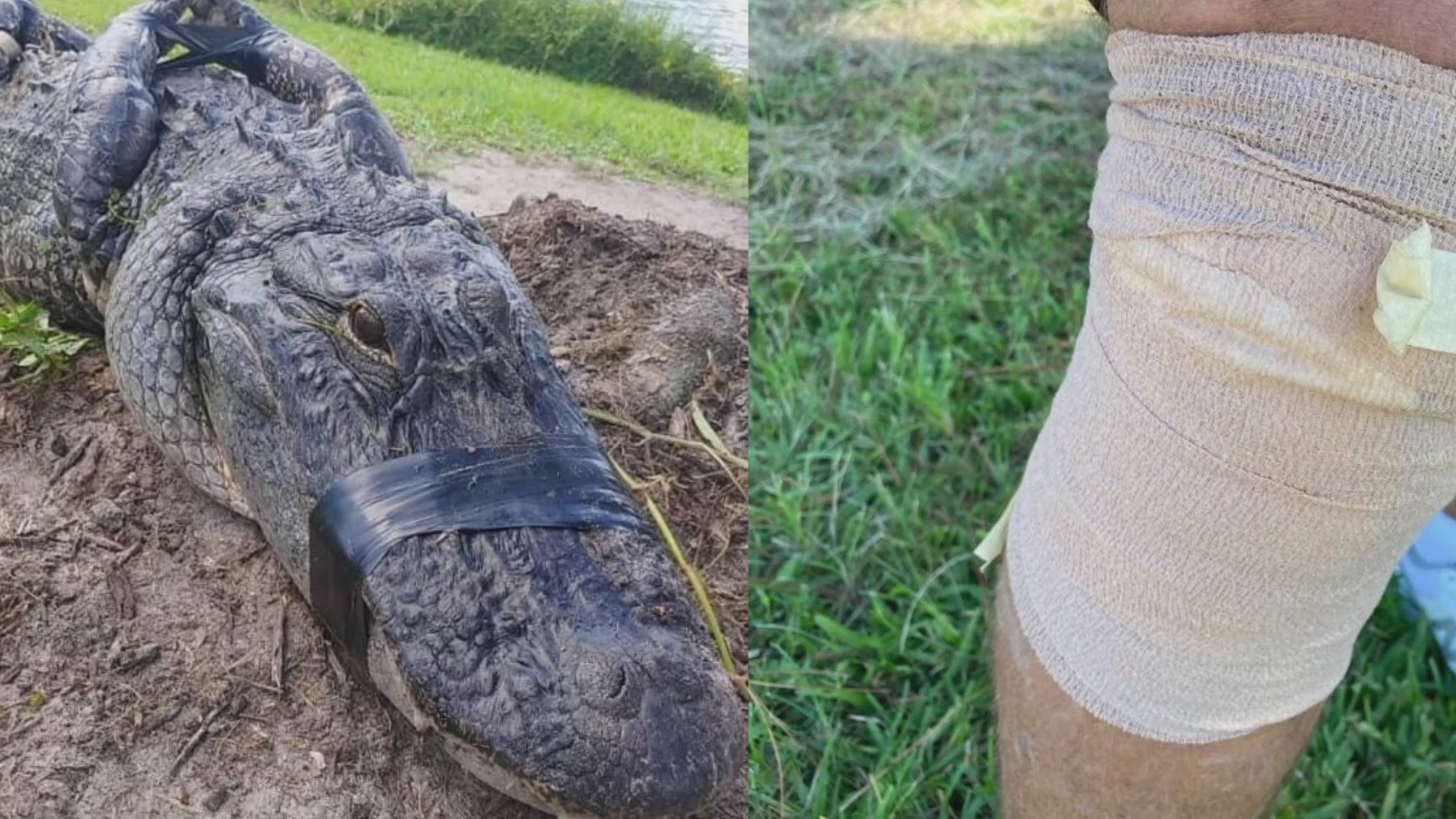 PORT ST. LUCIE, Fla. — When you go out for a walk, you're normally not worried about an alligator attacking you. But that's exactly what happened to a man in Port St. Lucie this past weekend.

Mark Johnson, 61, told CBS12 News in West Palm Beach that he was out on a walk with his dog Rex when the gator came after them. Rex ran home, but Johnson got caught in the mud.

"The mouth was above my knee and I began to pull back, the best I can," Johnson told CBS12. "I felt the pressure. He was clamping down onto my leg and I felt he was going to start to do his (death) roll."

The "death roll" is a spinning move alligators perform in order to capture their prey. But it wasn't enough to keep Johnson down. He says he put his fingers into the gator's eye sockets to make it release its grip on his leg.

Johnson survived, but was badly bleeding. He managed to make it home before getting medical treatment. He says he needed 60 stitches in his leg and five more in his left hand.

UPDATE - Gator that’s close to 9-feet long was captured today after it attacked a Port St Lucie man 3 days ago.

"When your whole leg is in the jaws of a gator, you're not thinking size, you're thinking survival. I knew he was bigger than me," Johnson said. "Well, the realization hit me today at how lucky I was, He was 8'6." It’s really hitting me now at how fortunate I am, you're talking seconds before a gator that size begins his death roll, tearing flesh, you know. That 8 to 10 seconds will be burned in my mind the rest of my life."

According to Florida Fish and Wildlife, alligator attacks on people are incredibly rare. FWC has recorded 401 alligator bites in Florida since 1948. Twenty-three of them resulted in death.