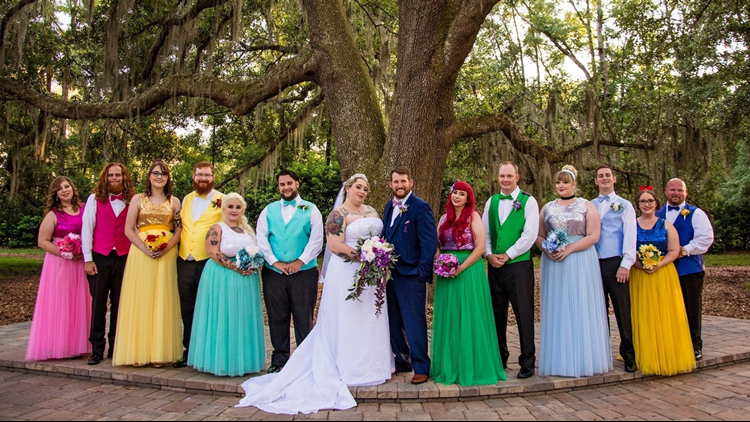 Photo by: Oh So Sweet Studios
Dreams do come true: Taylor Chewning's love for all things Disney turned into a wedding to remember.

Florida woman's love for Disney turns into the most magical wedding

JACKSONVILLE, Fla. — When Taylor Chewning wished for a Disney wedding of her dreams, it wasn't long before a little magic brought it to life.

From the dresses to the centerpieces and a few knick-knacks in between, one might have assumed -- correctly -- Bowing Oaks Plantation in Jacksonville turned into just the magical venue for Chewning and her then-fiancé, Ryan.

Disney had always been an obsession of sorts, and one of the highlights was getting engaged in front of Cinderella's Castle.

The ultimate dream was to eventually wed at Walt Disney World, but Chewning realized it wouldn't be financially feasible.

"So we decided to bring Disney to us!" she said. Ryan, for his part, "didn't protest to having a Disney-themed wedding at all. He was all for it."

Eight months of planning led to the special day, May 17, complete with woodworker Patrick Kenney to make the boat from "Tangled." Coordinator Kryn Lee at Events To Die For is the one to thank, said Chewning, for taking a vision and running with it.

"(Kryn) took the reins and made it all a possibility," Chewning said. "I had bought a lot of the centerpieces and had some donated to me by friends."

Oh So Sweet Studios, commissioned to capture the day's memories, noted the bridesmaids and groomsmen came down the aisle to their princess movie theme song.

Even the first dance and parent dances were to Disney songs.

Chewning said she and Ryan had been dating for about five years. And if their love for Disney isn't yet obvious, they visit the theme park about once a month. 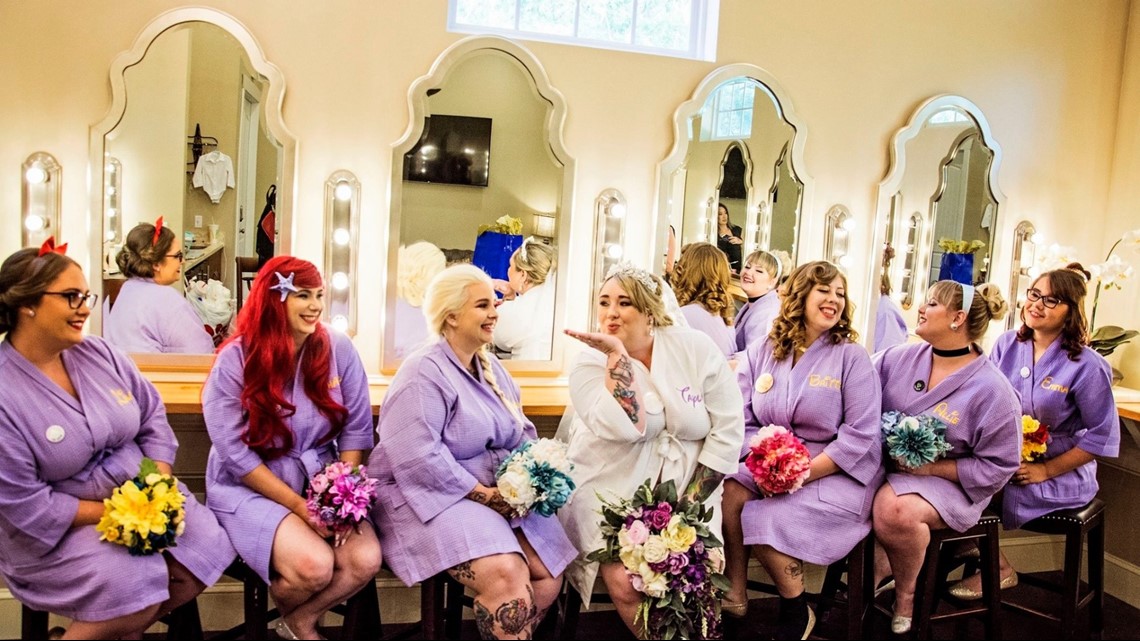