Job growth was one of the arguments for DeSantis and Republican Senate President Bill Galvano, who made the toll roads a top priority. 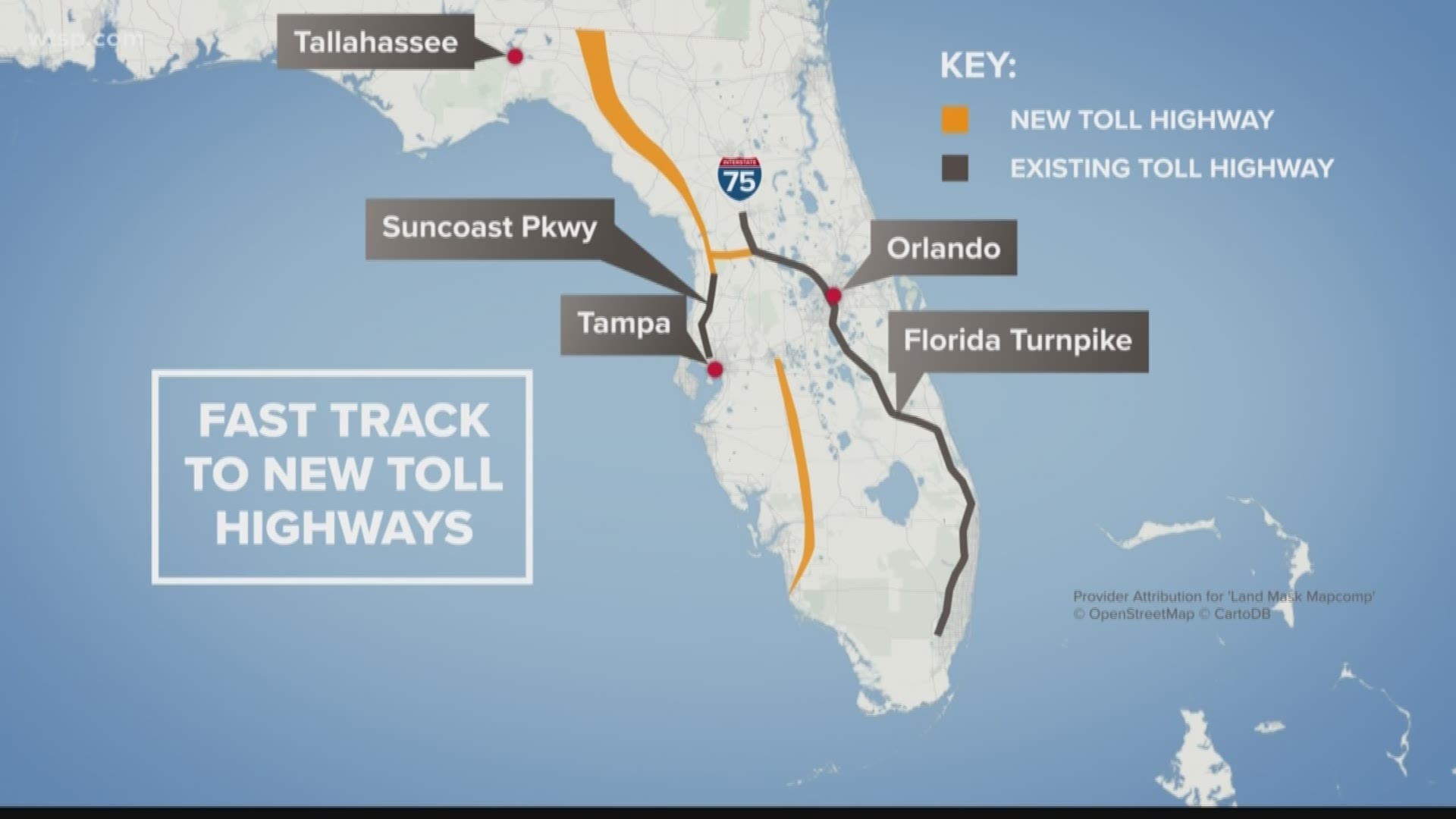 TALLAHASSEE, Fla. — Florida will begin planning three new major toll highways through mostly rural areas under a bill signed by Republican Gov. Ron DeSantis on Friday over the objections of environmentalists who have otherwise praised him since taking office.

The roads would take traffic off heavily congested Interstates 75 and 4, allowing drivers in southwest Florida cities like Naples and Fort Myers to bypass Tampa when they travel to Orlando and northeast Florida. It would also give motorists new options to get to Tallahassee, the state's capital, and points west. The roads would also provide new hurricane evacuation routes.

Task forces would be formed to examine each highway with the goal of beginning construction before Dec. 31, 2022. That means the roads could be opened by Dec. 31, 2030.

Job growth was another argument for DeSantis and Republican Senate President Bill Galvano, who made the toll roads a top priority.

"We need new roads to get around," DeSantis said when asked earlier Friday if he was going to sign the bill. "We're probably going to need more than that, just given how our state's growing and just given that traffic can be a big problem. I'm supportive of infrastructure."

DeSantis signed the bill about an hour later in Longboat Key in a private ceremony with Galvano and other lawmakers.

Environmentalists had been urging him to veto the bill since the Legislature passed it in the final days of the legislative session that ended May 4. Since taking office in January, DeSantis has been praised by environmentalists on a number of issues, including protecting the Everglades and addressing issues like algae blooms and climate change. Friday's bill signing left them grumbling.

"Gov. DeSantis' decision to OK the expressway-expansion bill is like signing a death warrant for our state's most vulnerable species, like the Florida panther and Florida black bear," Jaclyn Lopez, Florida director at the Center for Biological Diversity, said in a news release. "It's disappointing to see his environmental agenda weaken with this blatant handout to the construction industry and billionaire landowners who stand to profit from roadway corridors and the sprawl they enable."

But DeSantis said in a news release after the bill signing that care will be taken to protect the environment.

"These infrastructure improvements will be built with great sensitivity toward the protection of the environment and there are mechanisms within the legislation that help ensure that occurs," he said.