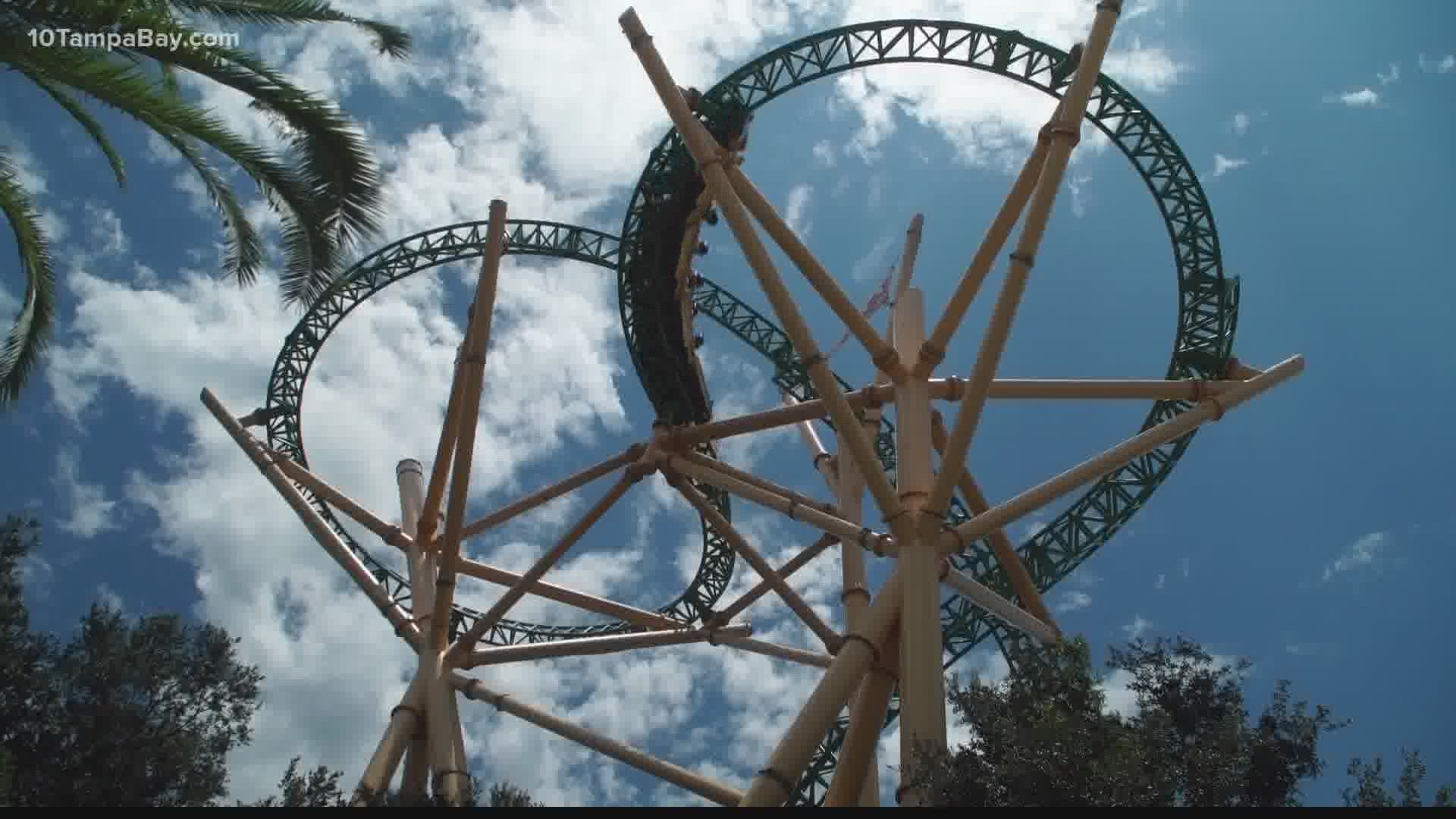 ORLANDO, Fla. — Florida's major theme parks have been reopened for a couple of months now, and all have new health and safety procedures because of the COVID-19 pandemic.

During a roundtable discussion Wednesday at Universal Orlando, Gov. Ron DeSantis brought together leaders from each park to talk about how the companies are doing and how guests are reacting to visiting theme parks during the pandemic.

During Wednesday's discussion, Universal said it's brought back between 85 and 90 percent of full-time employees. However, the company has not yet been able to bring back most of its part-time and seasonal workers.

"We're hoping if we can increase visitation, increase our hours, increase capacity, we can bring those people back and get them working again," Universal's John Sprouls said.

Leaders with Disney World also said they've brought back thousands of cast members and hope to bring back more as the parks are able to increase in capacity and demand.

"I think we've been able to demonstrate that it is very safe for (guests) to come and visit our parks," Sprouls said.

DeSantis said he would be supportive of and "very comfortable" with the theme parks increasing capacity, praising the parks' new health and safety measures.

"We're very comfortable at the state level that they're doing it in a good way," he said.

"People are craving that entertainment," he said, noting SeaWorld and Busch Gardens leaders are excited to host upcoming Halloween and Christmas events at the parks.

Disney leaders praised cast members for their flexibility and patience learning all new health and safety protocols in the parks and beyond. Leonard Spencer, senior manager of supplier diversity at Disney, said the company was "thrilled" to have the NBA and MLS at the ESPN Wide World of Sports to bring back live sports.

"We took a measured and thoughtful approach to reduce risk," he said. "So far we have been successful."