Hillsborough County reports receiving back more than 107,000 mail-in ballots, more than either of the last two primary elections. 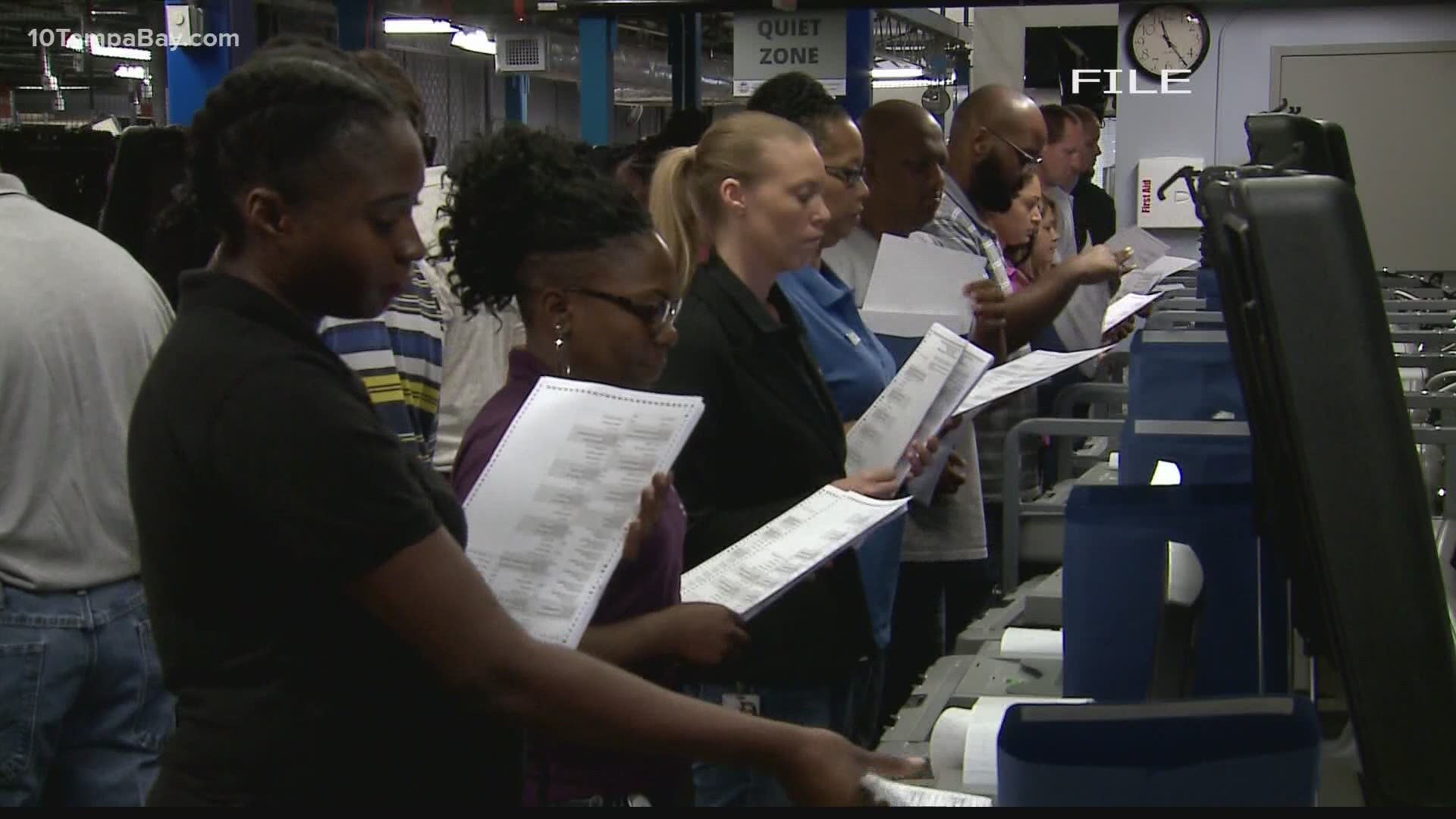 TAMPA, Fla. — Hillsborough County’s Supervisor of Elections says his office has already received more mail-in ballots for next week’s primary election than they did for either of the last two primaries.  And with more than a week left to go, those ballots are sure to keep rolling in.

“I think people are taking advantage of it,” said Hillsborough County Supervisor of Elections Craig Latimer.  “There are a lot of people that need to make a personal decision on whether they want to put themselves out in a public place.”

COVID-19 concerns may have some voting by mail for the first time, but Latimer says the option is nothing new and has been available to Florida voters since 2002.

For those worried about their ballot getting lost in the mail, voters can always drop it off during early voting in person without ever having to get out of the car.

If you do decide to mail it, in every county you can visit your local supervisor of elections website to make sure your ballot was received. In Hillsborough, they may even contact you.

“You can track your ballot back to my office,” Latimer said. “We started a new service this year where you can opt in with a cell phone number or an email and you’re going to get a text message saying that your ballot was received by the supervisor of elections office. If there’s a problem they’ll contact you immediately.”

Hillsborough County reports they’ve already gotten back about a third of the 325,000 mail-in ballots requested. If you haven’t signed up for mail-in voting, you just missed the deadline for next week’s primary. But Latimer says now’s the time if you want to take advantage for the upcoming general election in November.

“If you haven’t requested one yet, do it now,” Latimer said. “You’ll be getting it in the first batch that we send out 40 days before the election.”

In Hillsborough, the supervisor says they’re geared up for a smooth election.

“I think we are ready for it. The vote by mail is just an increase in volume,” Latimer said.  “We know that there’s a lot of excitement and a lot of attention out there. The bottom line is you have politics and elections. My office runs elections.”