The virtual event focused on an array of topics including stories from survivors and how the Hillsborough County Sheriff's Office is preparing for Super Bowl LV. 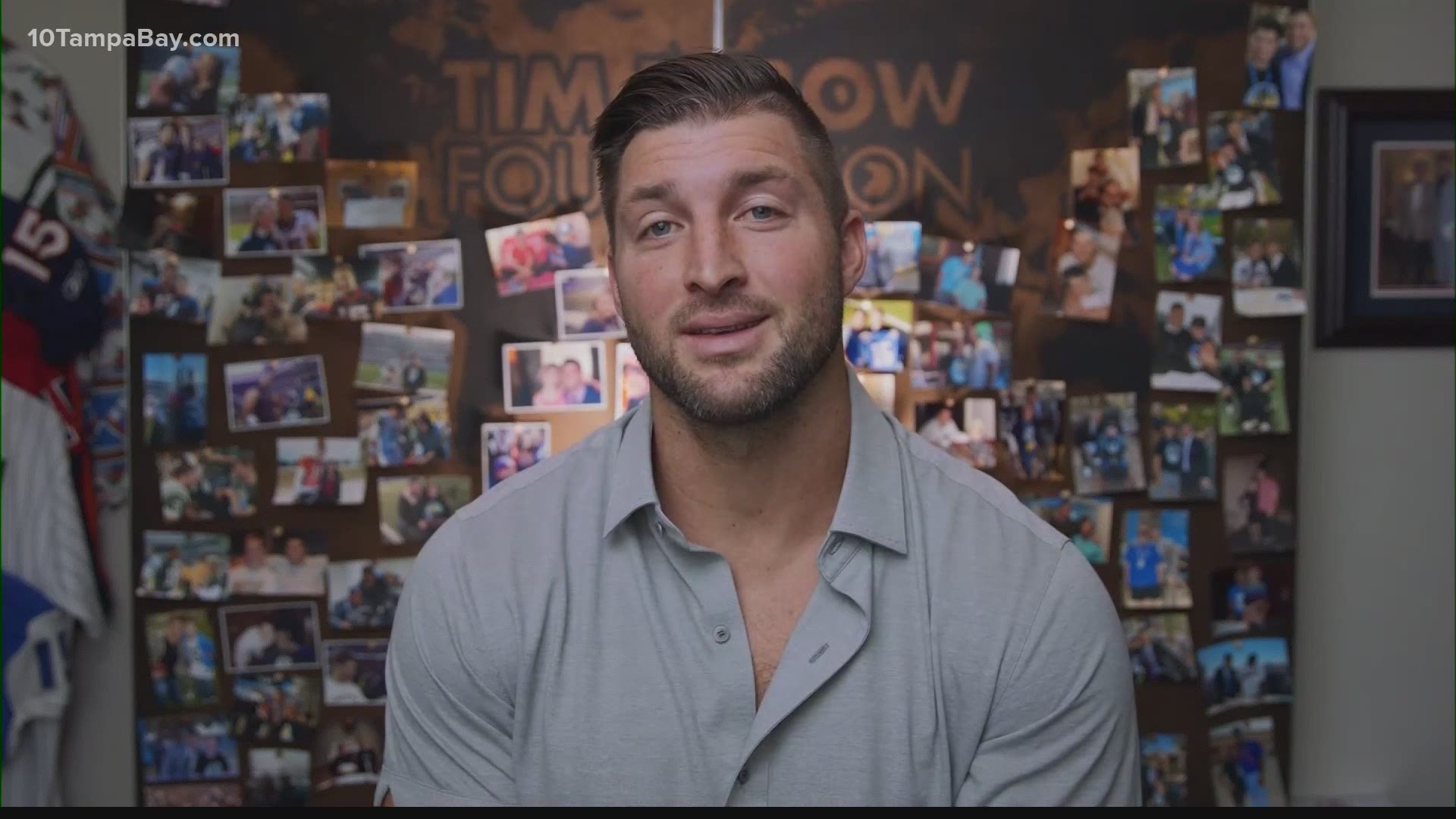 TAMPA, Fla. — Like so many other events around the world, the 2020 Annual Human Trafficking Summit was held virtually for the first time in its nine-year history.

Florida Attorney General Ashley Moody opened the event with information about the virtual format-including 16 hours of videos with expert panels, inspirational speakers, and information about human trafficking in Florida and around the world.

Moody said the National Human Trafficking Hotline identified 22,000 victims and survivors in 2019 with 896 of those suspected cases of human trafficking happening in Florida.

Former NFL player and Heisman Trophy winner Tim Tebow served as the keynote speaker. He shared his passion for helping those who are undervalued and vulnerable. Tebow said he became passionate about rescuing people being trafficked when his dad encountered four girls being sold in 2013.

His dad ended up buying the girls for a total of $1,250 and taking them to a safe place to recover. It became the first of many times the Tebows saved enslaved people being sold for others' profit.

“I was blown away but I knew on that day, my life was changed because I entered a new fight," said Tebow who supports anti-trafficking efforts through his foundation.

The Hillsborough County Sheriff's Office was in the summit's spotlight as it prepares to combat human trafficking ahead of Super Bowl LV in Tampa, Florida.

Sheriff Chronister hosted an hour-long presentation detailing some of the uncover operations his detectives have been working on the last few years.

Chronister was very blunt in explaining that thousands of people will be coming to his county with the sole purpose of buying or selling women and girls for sex around the Super Bowl events. He laid out some key points and statistics in his presentation including:

In recent years, the Hillsborough County Sheriff's Office has made several human trafficking arrests and put a greater focus on understanding the intricacies of the crime, what to look for, and how to rescue people being sold for sex against their will. The manipulation and psychology behind the trafficker-victim relationship is a big obstacle for law enforcement. Often times, women don't even realize they're being trafficked.

By cracking down on arresting the buyers or "Johns" as they're called in the industry, the sheriff's office reduces the demand which will then reduce supply, which are your prostitutes and enslaved minors being manipulated and forced into situations against their will.

“While the Super Bowl is just one day, we have to be vigilant well in advance of the big game to get our message across that human trafficking will not be tolerated," said Chronister.

One of the summit's panels focused specifically on human trafficking within the hospitality and tourism industry. One panelist revealed that advocates estimate 80 percent of sex trafficking crimes happen in hotels.

Thanks to the passage of a new Florida law in 2019 (HB 851), requiring training for hotel and motel workers so they can better spot human trafficking, Florida is in a better position to save human trafficking victims.

The training will give hotel and motel staff the resources to report potential trafficking cases and possibly save victims.

The summit set a record for registration with more than 6,400 people tuning in from over 40 states at the time of the launch. You can register to watch the 2020 Human Trafficking Summit here.