Documents show an African American cemetery could be underneath a building, parking lot and road. 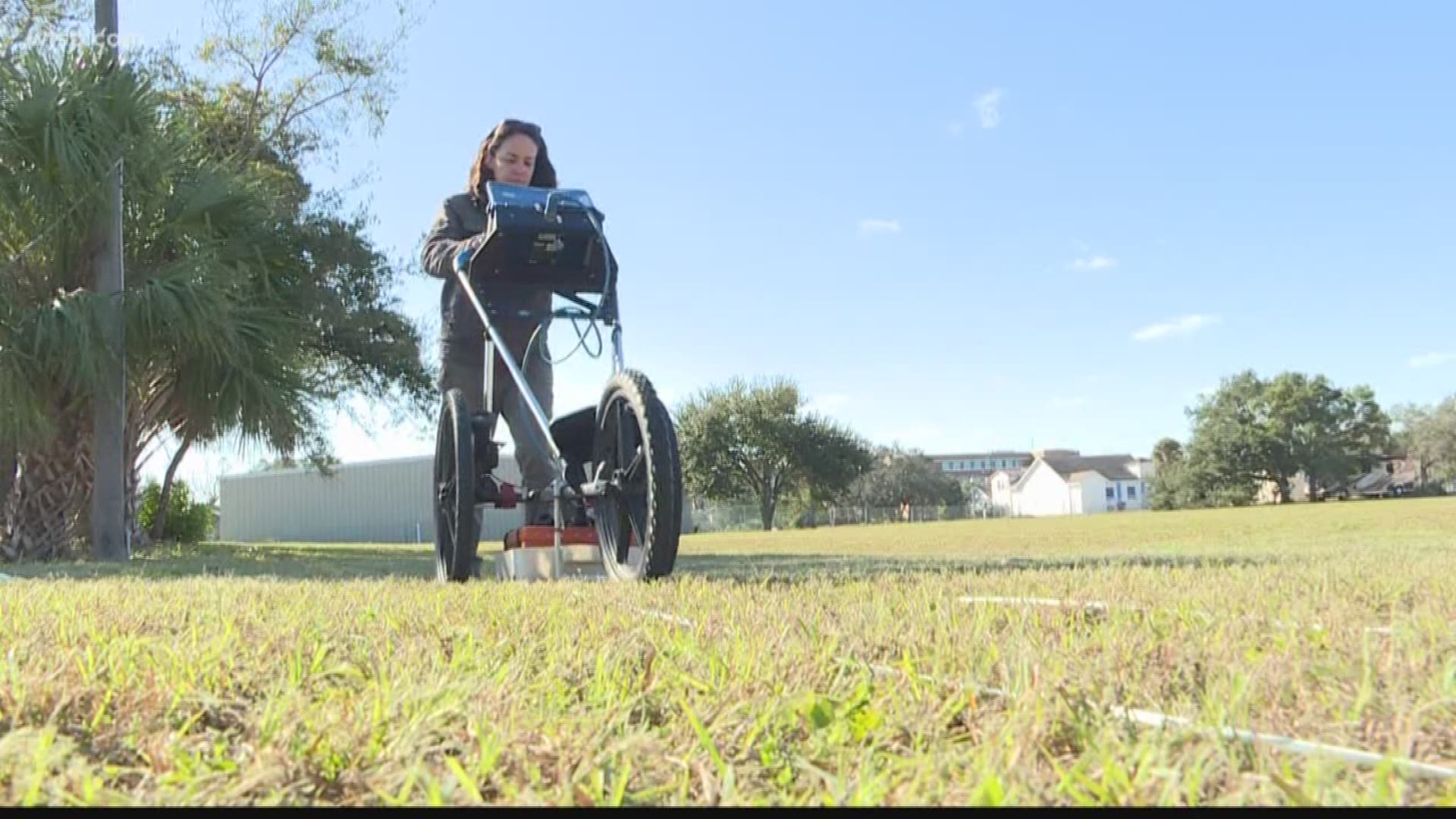 CLEARWATER, Fla. — The search for graves from an African American, segregation-era cemetery at the FrankCrum property in Clearwater is starting all over again, this time with a more focused and accurate approach.

“Apparently the archaeologists were looking in the wrong spot," said Zebbie Atkinson IV, president of the Clearwater/Upper Pinellas NAACP. "They were able to find some documentation from…a 1954 commission meeting…and they were able to go back and reference some books in the library that actually pinpoints where the gravesite was on what is now the [Frank]Crum building."

Archaeologists with the University of South Florida began their search based on the oral histories of area residents who had information passed down to them. The search was different from other recent searches in that there were no maps or city documentation even referencing the cemetery.

After a search through 1954 city commission notes, the archaeologists were able to find a reference to a “Negro Cemetery” located in the R. H. Padgett’s Subdivision. They used the notes from the commission meeting to locate the cemetery, then used the subdivision plat map to determine the cemetery’s exact location.

Atkinson said he has been in communication with the company’s owner to discuss an expanded search.

RELATED: Forgotten graves: Where are the souls from Keystone Memorial Park cemetery?

“The initial conversation once we found out was just a quick email kind of outlining what the archaeologists had found and then asking if it would be okay for them to come out and search one more area at his property,” Atkinson said.

Barbara Sorey-Love of the Clearwater Heights Reunion Committee was present the day archaeologists started their initial search. She is part of the neighborhood group that took their concerns to the local NAACP about the possibility of lost graves from the cemetery still existing on the property.

At the time of the initial search, she told 10News: “We had to go through such hardships in life and in death. It was hard not being recognized when you are alive, and then when you're put to rest and to have concrete poured over what is to be your final resting place, it doesn't set right."

Robert Young of Smith-Youngs Funeral Home in Clearwater said he remembers the cemetery; he worked as a funeral attendant for a company that was contracted to move graves from another African American cemetery located a few miles away.

Young previously told 10News he believes some graves could remain since it would have been difficult to know who was where without a headstone serving as a marker.

A date for the new search at FrankCrum has not yet been set.