The celebration capped off the boat parade and was hosted at Raymond James stadium. 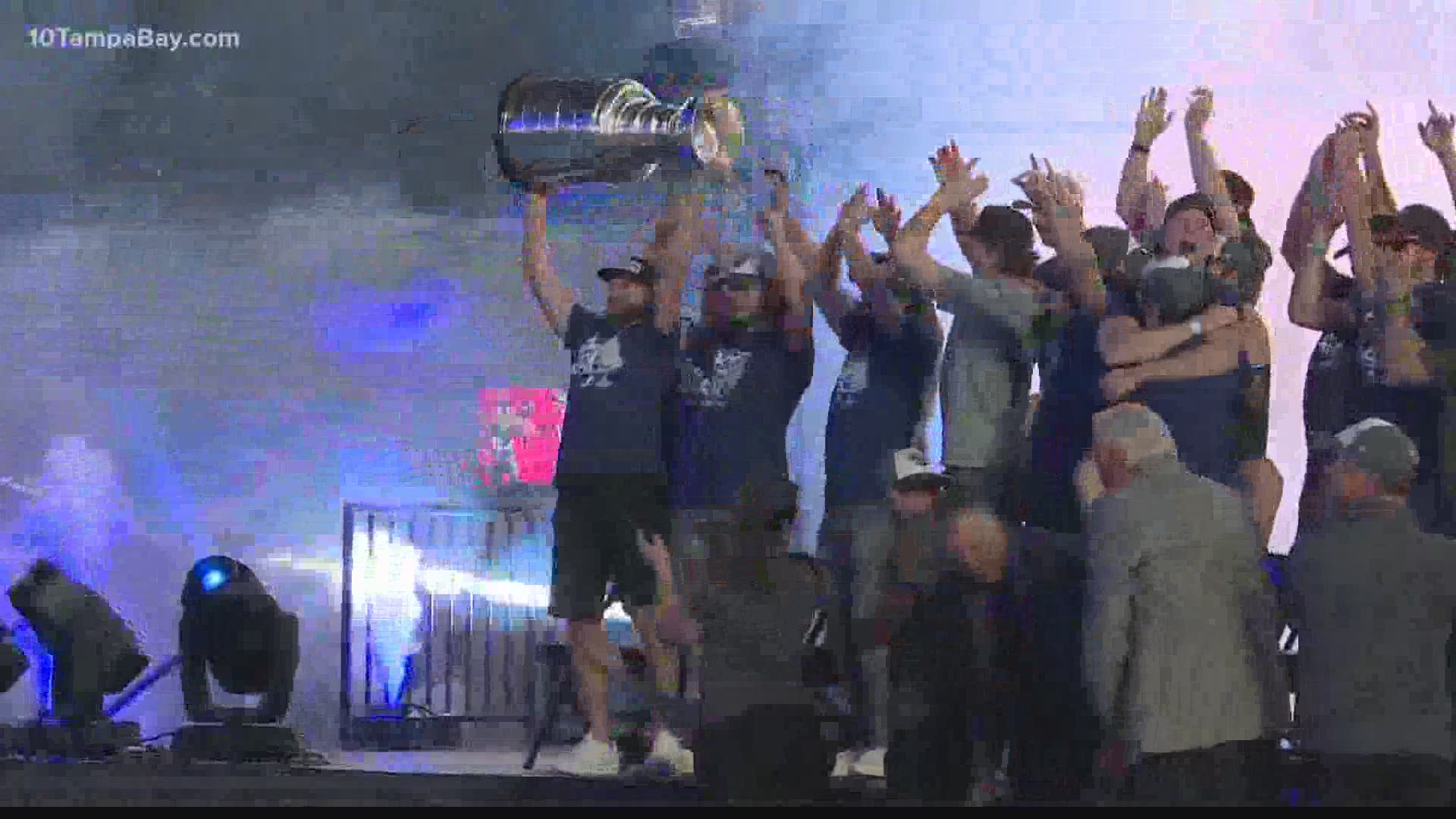 TAMPA, Fla — It is a great day to be a Tampa Bay Lightning fan! The Stanley Cup Champions paraded through downtown before making their way to a culminating celebration at Raymond James Stadium.

Fifteen-thousand lucky fans were able to get inside and sat in pods of 1-to-6 fans. Those fans were spread out across the stadium to adhere to social distancing.

Fans waited hours for the players to make it to Raymond James Stadium. The official ceremony and celebration started around 8:30 pm.

It was well worth the wait. Fans went wild when the team finally made it to the stage. But of course, the crowd was loudest when captain Steven Stamkos and the Stanley Cup were front and center.

We heard from coaches, owners, players, and many of them said the same thing: the trophy belonged as much to the fans as it did the team.

And many fans celebrated like it was their personal trophy, “I danced, I ran around the house, I accidentally woke up my sister. And that turned out to be a disaster. But I didn’t worry about it. I just kept dancing and running," said elementary student and Lightning fan Brayden Ison.

Ison and his family were thrilled to be at Raymond James Stadium with the team and the trophy.