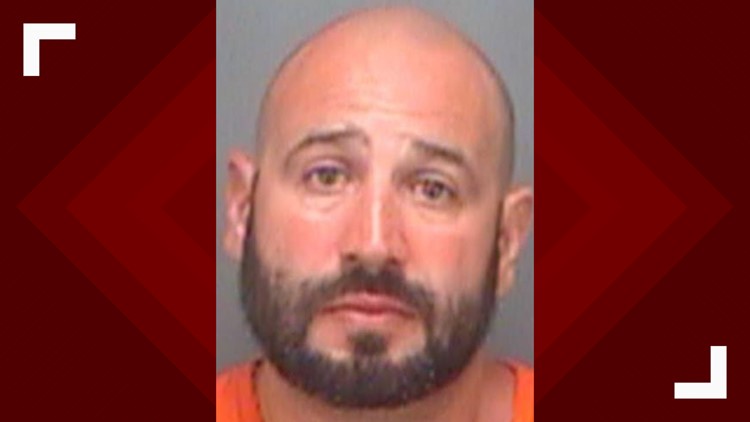 ST. PETERSBURG, Fla. — "Wedding Crashers" was a funny movie, but it can be a hassle when it happens in real life.

A Land O' Lakes man was charged with disorderly conduct when he refused to leave the hotel after crashing a wedding Monday, Pinellas County sheriff's deputies said.

According to an affidavit, Mark Alan Saunderson, 37, interrupted a reception at the Grand Plaza Hotel on Gulf Boulevard by taking part in the bride and groom's first dance.

Staff and security confronted him and told him to leave. Instead, deputies said he went to the 11th floor of the hotel, where he was again told to depart.

Saunderson kept walking around the hotel, eluding security until they finally found him and led him to an elevator, deputies said.

When deputies talked with him, they said he told them he was from Ohio and gave an incorrect spelling of his middle name.

The arresting deputy said Saunderson was unsteady on his feet, had bloodshot eyes and slurred his words.

The manager of the hotel told deputies that as far as he knew, Saunderson had not been served liquor at the hotel.

Saunderson was released after posting $250 bail.