These boots are made for hitting: Randy Arozarena's good luck charm 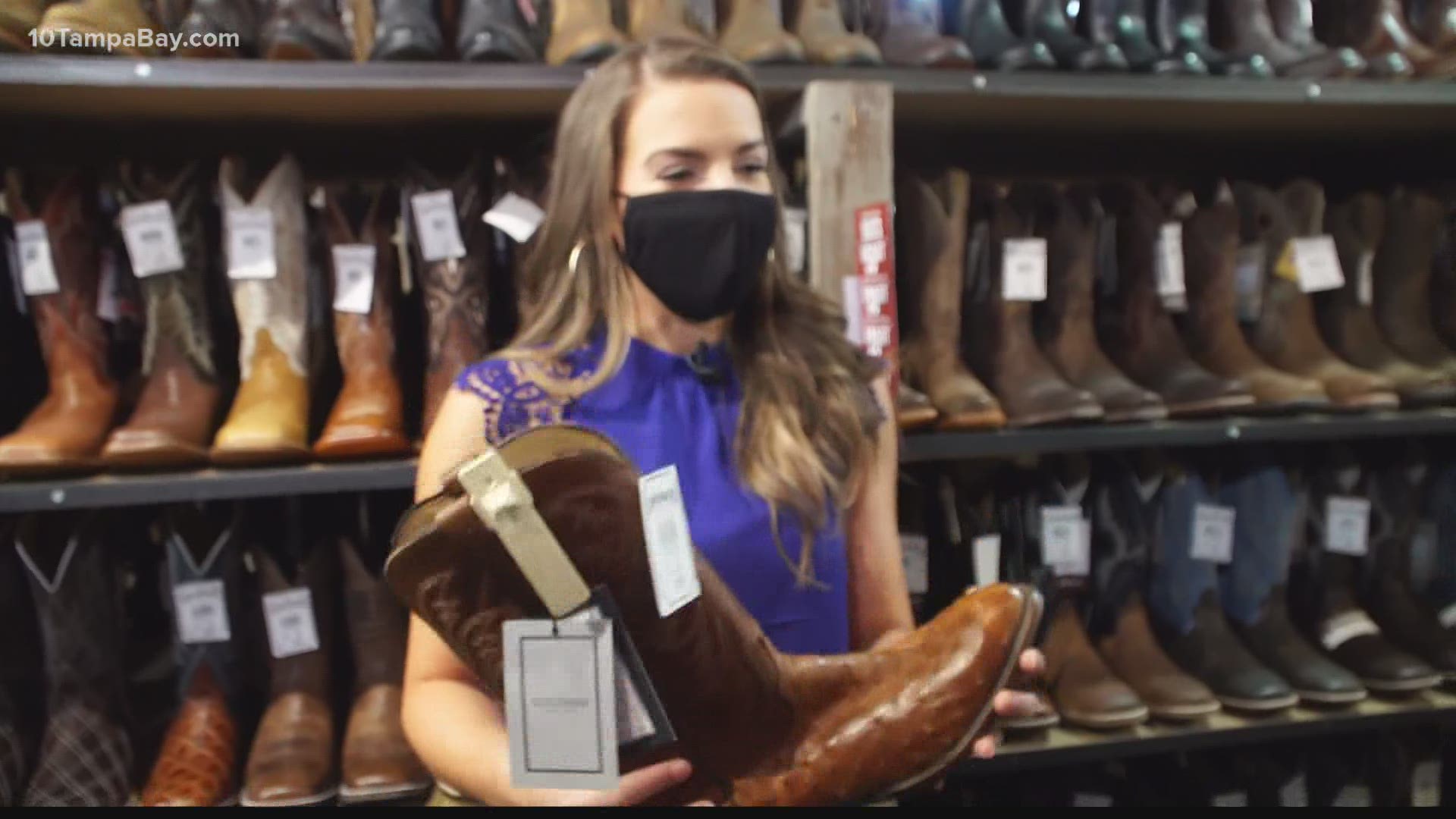 ARLINGTON, Texas — For a while, it seemed as if Randy Arozarena was rewriting the history books with every swing he took in the MLB playoffs.

The Rays slugger broke just about every single-postseason record possible:

His 10 home runs are the most ever by a rookie, topping Barry Bonds, Carlos Beltrán, Nelson Cruz, and Corey Seager (tied at 8). And his 28 hits are the most all-time, passing Pablo Sandoval's 26 hits in 2011.

Arozarena's 64 bases are the highest total, blowing past David Freese's mark of 50 in 2011.

It's a tradition Arozarena started when he was playing in the Mexican leagues.

As the World Series was played in the heart of Texas, 10 Tampa Bay's Grace Remington went on the hunt for the most powerful pair of boots.