Morton's mom embraces son with her voice, not arms

The Rays starter's mother celebrates from a distance due to MLB COVID-19 regulations. 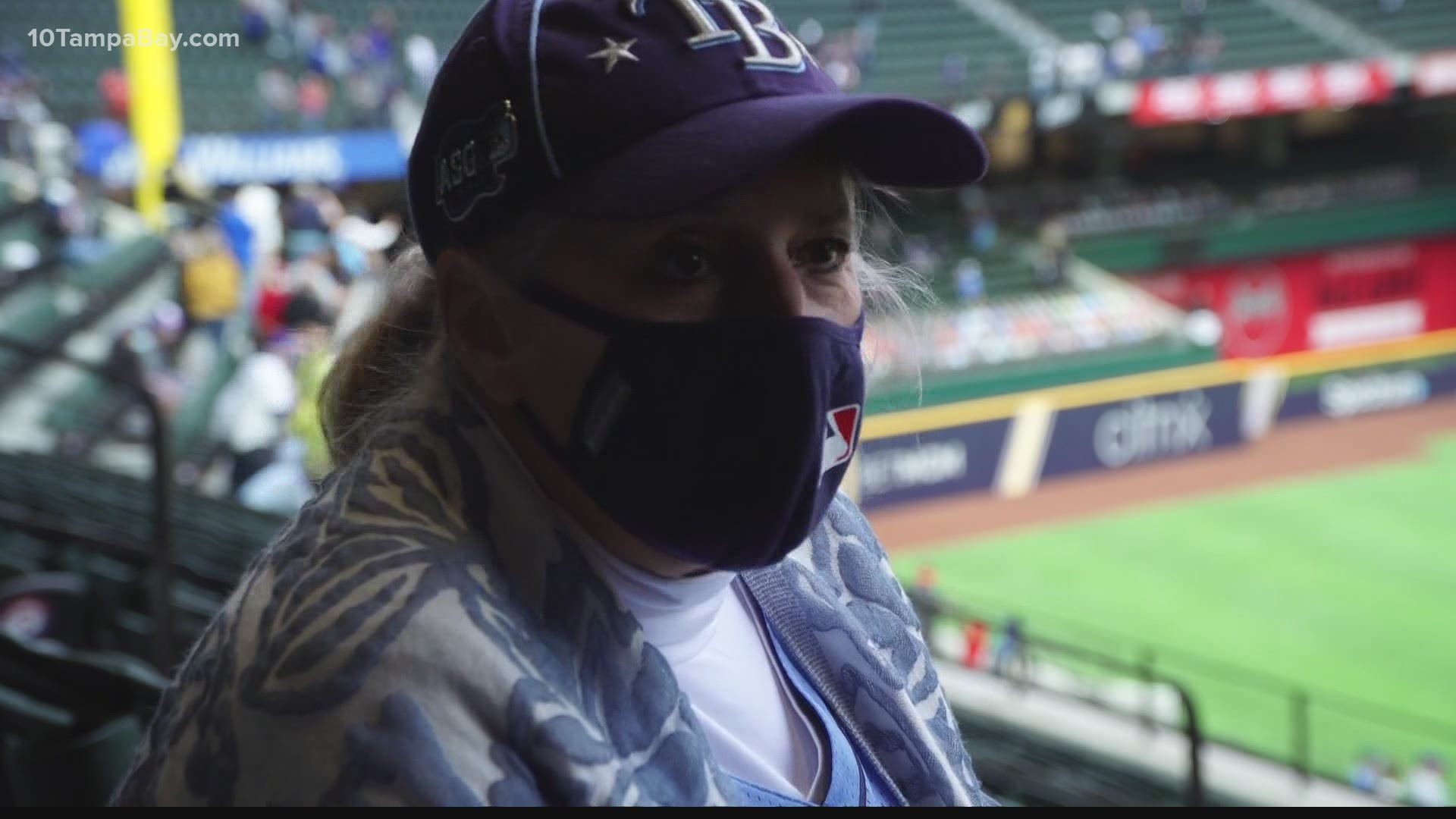 "I think Charlie -- I think he can sometimes hear my screeching voice even if there’s a crowd," said Jeanne Pfeilsticker, Morton's mother.

Several Rays player parents claim she's the loudest among them.

She sat in section 105 during Game 4 of the World Series on Saturday night, wearing a navy blue ball cap with the 2019 MLB All-Star Game logo on the side. She calls it her "lucky hat."

"Although it didn’t work last night," she said.

On Friday, Morton started Game 3 for the Rays. It was his first post-season loss since Oct. 16, 2017, when he pitched for the Houston Astros in the ALCS.

Pfeilsticker sends Morton a text before and after every game he pitches.

I can’t wait for you to meet her tonight at 11 on @10TampaBay #RaysUp pic.twitter.com/qnz8tnnBeo

Morton's no stranger to the spotlight. He was the only player on the Rays roster to have experience in the Fall Classic before this week, having closed Game 7 of the 2017 World Series.

He also shut down the 'Stros in last week's Game 7 of the ALCS, clinching the Rays' first World Series berth since 2008.

But his mother's nerves never go away.

"It used to be just as bad when he was in Little League," she said. "Whatever level they're at, Little League or the Majors, it's so important to them at that time."

With MLB's COVID-19 restrictions on non-bubbled family members and friends visiting players, Pfeilsticker can't embrace Morton with her arms, but she can with her voice.

She's been cheering him on since ALDS against the New York Yankees and the ALCS against the Astros in Petco Park.

When she found out the Rays player parents would be seated together in suites in San Diego, she drove to a local Walmart and bought 25 light blue hand towels for 97 cents each. She passed them out to parents as they coordinated cheers, hoping their sons could feel their support in an empty stadium.

The last time Pfeilsticker saw Morton in person was Thanksgiving 2019. In a normal year, she sees him several times a season outside the clubhouse of stadiums after home and away games.

The first thing she'll do when she sees him?

"Hug him," she said. "Hug him and tell him I love him. And congratulations, regardless of the outcome. He’s a very nice man and I respect him a lot. He’s been fortunate to be given talent, but he’s worked very, very hard."