The documentary highlights the work of special ops veterans who teamed up with the NFL and scientists to restore a coral reef for the Super Bowl. 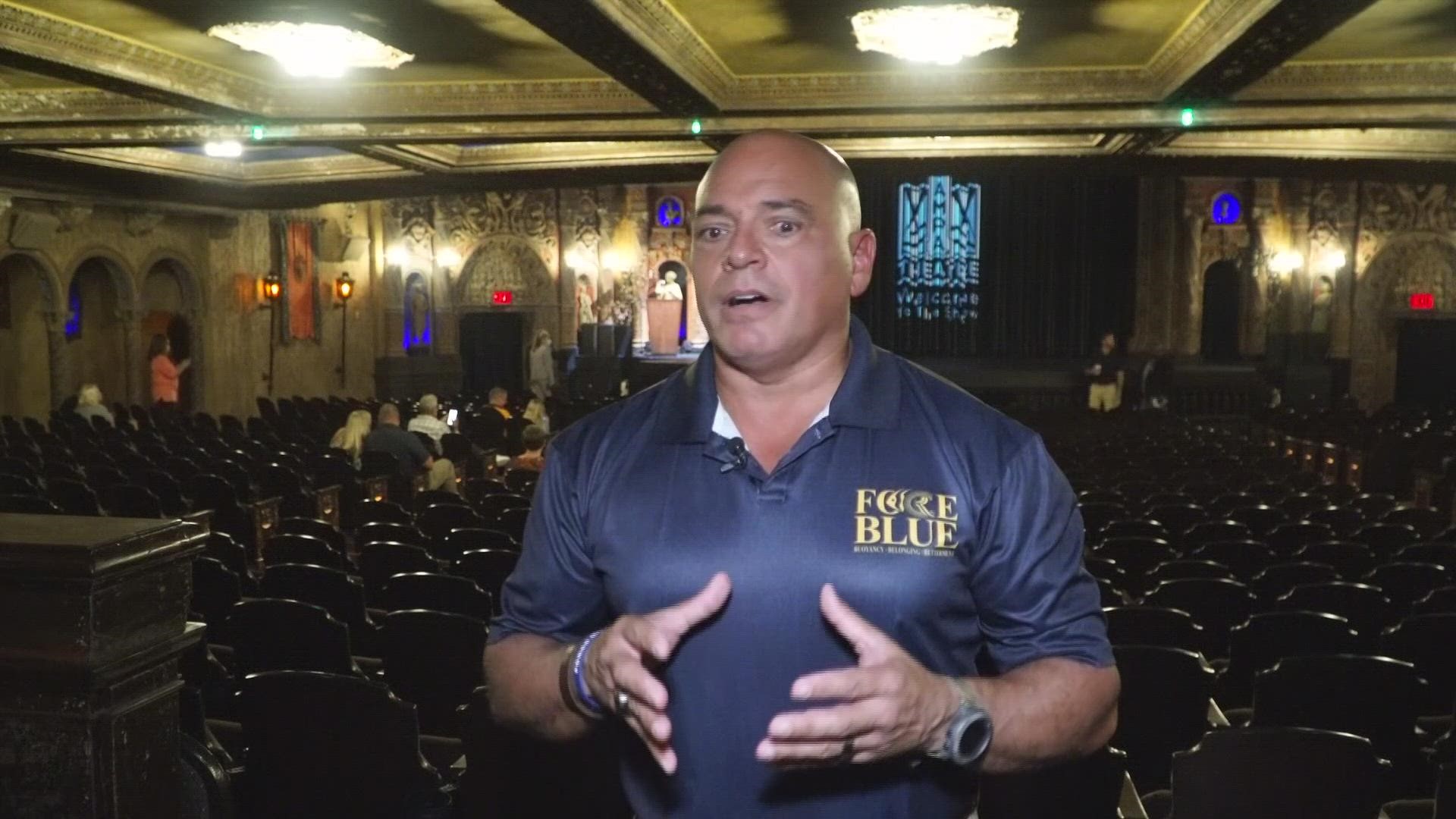 TAMPA, Fla — As the U.S. braces for the start of the 2021 NFL season, the NFL hosted an event during kickoff week honoring U.S. servicemen and women through a documentary screening.

Along with the NFL, Force Blue, Tampa Bay Sports Commission and the Super Bowl LV Legacy Program Forever 55 also teamed up with the league to present the Salute to Service event to share the documentary, "100 Yards of Hope."

The documentary highlights the work of special ops veterans who joined with the NFL and scientists to restore a football-field size coral reef for Super LIV and Super Bowl LV.

The invitation-only screening held at the Tampa Theatre Tuesday evening was also followed by a panel discussion with scientists and the veterans from Force Blue. The two groups have embarked on a new mission to "use their significant military skills to help heal the ocean and save the only barrier coral reef in the continental United States."

Force Blue Special Projects and Events Coordinator and retired Navy Seal Master Chief Steve Gonzalez, "Gonzo" for short, says working on this project helps share the work that Navy Seals do that no one sees.

"What better way to show and establish my legacy now than to teach my daughter and her generation that we only have one planet so it's our job to take care of it," Gonzalez said.

Force Blue documented the restoration project and created the documentary "100 Yards of Hope" with hopes to inspire others to take action.