On track! Work crews start to lay out the 1.8-mile course for Firestone Grand Prix in St. Petersburg

COVID restrictions for fans will be in effect, including mandatory masks. 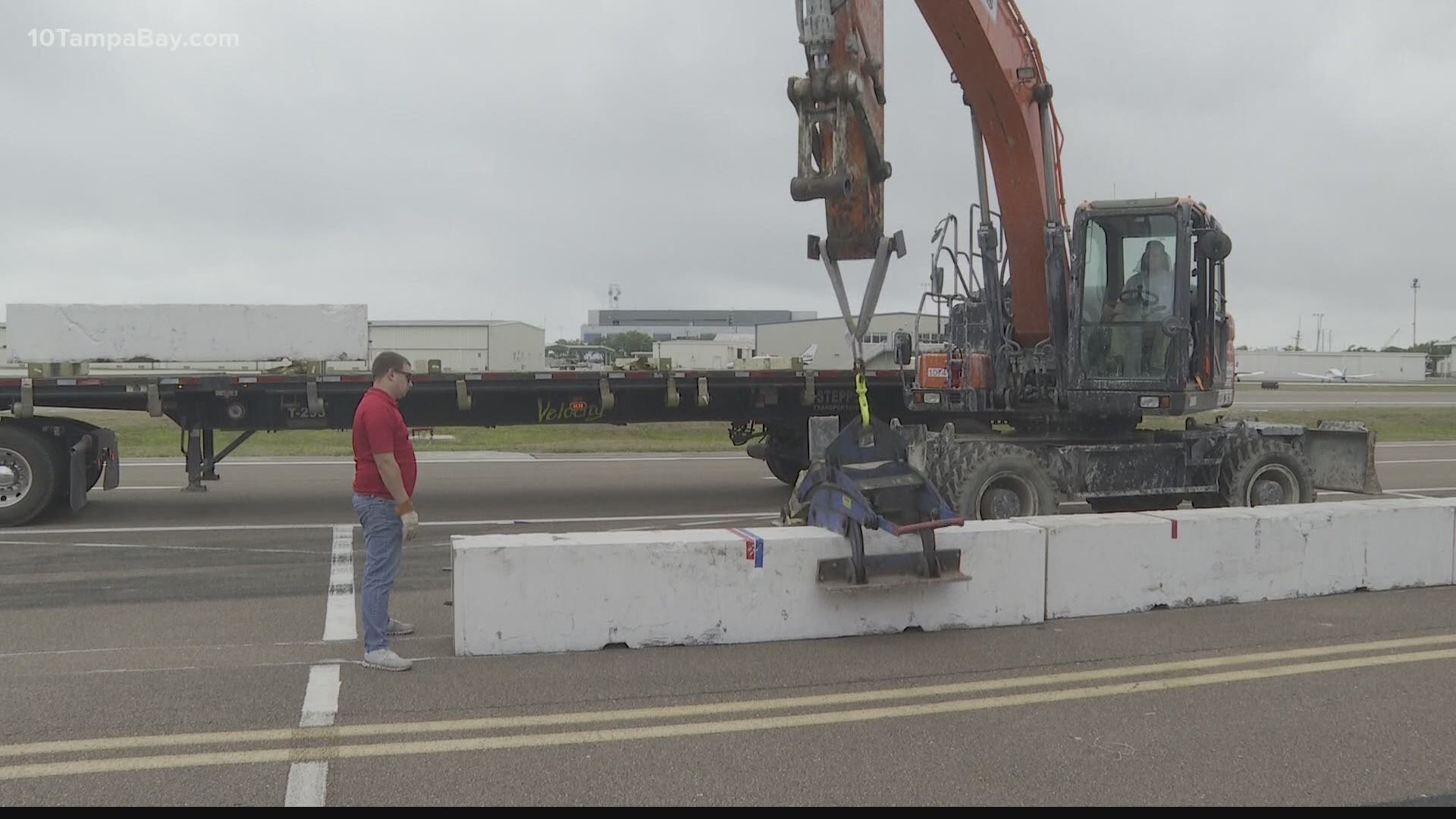 ST. PETERSBURG, Fla. — ﻿The Firestone Grand Prix comes roaring back into downtown St. Petersburg again in a little less than a month.

On Monday, we saw a sure sign that the race isn’t too far off as work crews started laying out the 1.8-mile track. Race organizers are still balancing safety concerns, as well.

You might recall St. Petersburg hosted the last race of the season back in October after putting all sorts of COVID protocols in place.

Those will remain in effect for this race, as well.

This year’s firestone Grand Prix of St. Petersburg is the second race of the season. It’s usually the first, but they waited to delay things a few extra weeks to see if COVID cases would settle down, and they had.

“Even if it’s not for the first race of the season it’s still going to be a great spectacle and feel with action for three days,” said race car driver Sebastien Bourdais. “I’m very happy to be a part of it.”

“It really gave us an opportunity to take advantage of the vaccine getting out there, and obviously for the positivity rates to come down,” said Kevin Savoree, the race’s president and chief operating officer.

In October, St. Petersburg hosted the final race of the Indy Car season after others around the world had been postponed by COVID.

Protocols adopted then remain in place this time. Daily ticket sales limited to 20,000. Masks are mandatory.

A couple of changes? Improved entrances to promote social distancing and instead of an on-site medical questionnaire, the ability to fill one out ahead of time online.

“As they come in they can just show us a green check or a checkmark or whatever instead of potentially having to fill out some of the Covid questionnaire things as they’re standing in line,” Savoree said. “Again, I think just trying to be more efficient with getting the fans in on each of the days.”

“They put together a safety plan that makes sense. It’s smart. As well thought out. And I think we’re going to create an environment here where you can come and enjoy the race and do so safely,” St. Petersburg Mayor Rick Kriseman said.

Kriseman says they conducted contact tracing after the Grand Prix in October and found no significant uptick in cases locally. He says that gives him confidence that they can pull off another race here next month with minimal impact on public health.

The 3 1/2 hours of worldwide exposure is also hard to put a price on. Businesses, which have had a rough year, are also revved up and ready to go.

The race brings visitors who stay at hotels, eat at local restaurants and browse local stores.

“This time of year, it’s always just amazing. We’re really looking forward to it,” restaurant manager Michael Gordon said. “All the fans, racers, and just the buzz in the air.”

On track! Work crews start to lay out the 1.8-mile course for Firestone Grand Prix in St. Petersburg