Furthermore, his attorney said, Brown is encouraging anyone who can to get vaccinated against COVID-19. 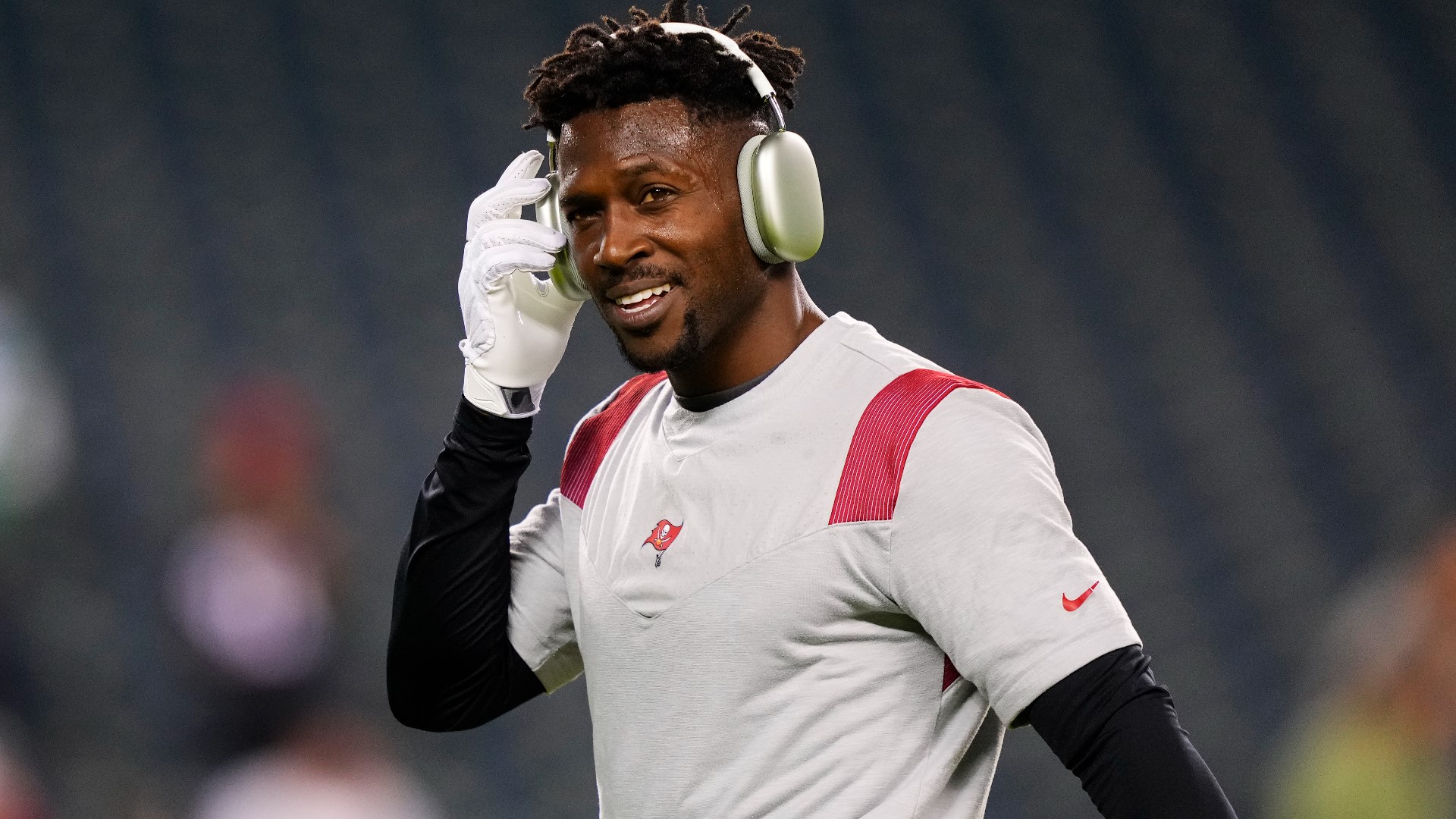 Brown's attorney tells 10 Tampa Bay that article is inaccurate. And, a statement from the Bucs seems to support that Brown is, in fact, vaccinated against COVID.

"I said Antonio, I'm your lawyer. Tell me about your vaccination status," lawyer Sean Burstyn told 10 Tampa Bay on the phone. "And he said, unequivocally, he's vaccinated. He went through a drive-thru vaccine [site], got the vaccine, is pretty disturbed that people are making stories up about him, and he wants to go further and say: If you're on the fence about getting the vaccine, get it. If it's the right choice for you to make, get the vaccine. It's a serious pandemic, and he supports everyone in getting the vaccine just like he himself did."

The Bucs said the team has reviewed vaccination cards from all players and submitted any required information to the NFL under current league policy.

"All vaccination cards were reviewed by Buccaneers personnel and no irregularities were observed," the team wrote in a statement on Twitter.

Head coach Bruce Arians spoke further on the situation during media availability Friday, saying he had no reason to believe Brown submitted a fake vaccination card.

"None whatsoever. We did our due diligence, the league will do theirs and the statement says everything. I really don't think it's a story. It has nothing to do with the Giants game."

The chef cited in the disputed Tampa Bay Times piece had a falling out with Brown. As the newspaper explains, there was a dispute over $10,000.

"We have no comment," a Times spokesperson said when asked about the story via email. "The story stands."

An NFL spokesperson said the league was aware of the Tampa Bay Times report and has been in contact with the Bucs. The league said it would "review the matter."

NFL franchise medical staffs are responsible for verifying player vaccination statuses. Any attempt to use a fake vaccination card would be reviewed under the league's personal conduct policy and would also be classified as a federal criminal offense.

"This topic was raised by the league on July 22 as part of one of the ongoing all-32 club video conference COVID meetings conducted prior to training camp," an NFL spokesperson added. "Clubs were instructed to scrutinize the cards when presented as the use of a fake card risks the health and safety of the entire club, is a federal criminal crime and subjects the individual to league discipline."

According to NFL protocols, those who are partially vaccinated — someone who received one of a two-dose shot — or are unvaccinated are required to test every day, including off days. They cannot interact with each other while waiting for test results. Vaccinated players and staff are only tested once a week.

Back in September, Tampa Bay head coach Bruce Arians announced "100-percent" of the organization was vaccinated against the virus, including players and staff.

Brown is expected to miss Monday's game against the New York Giants with an ankle injury. 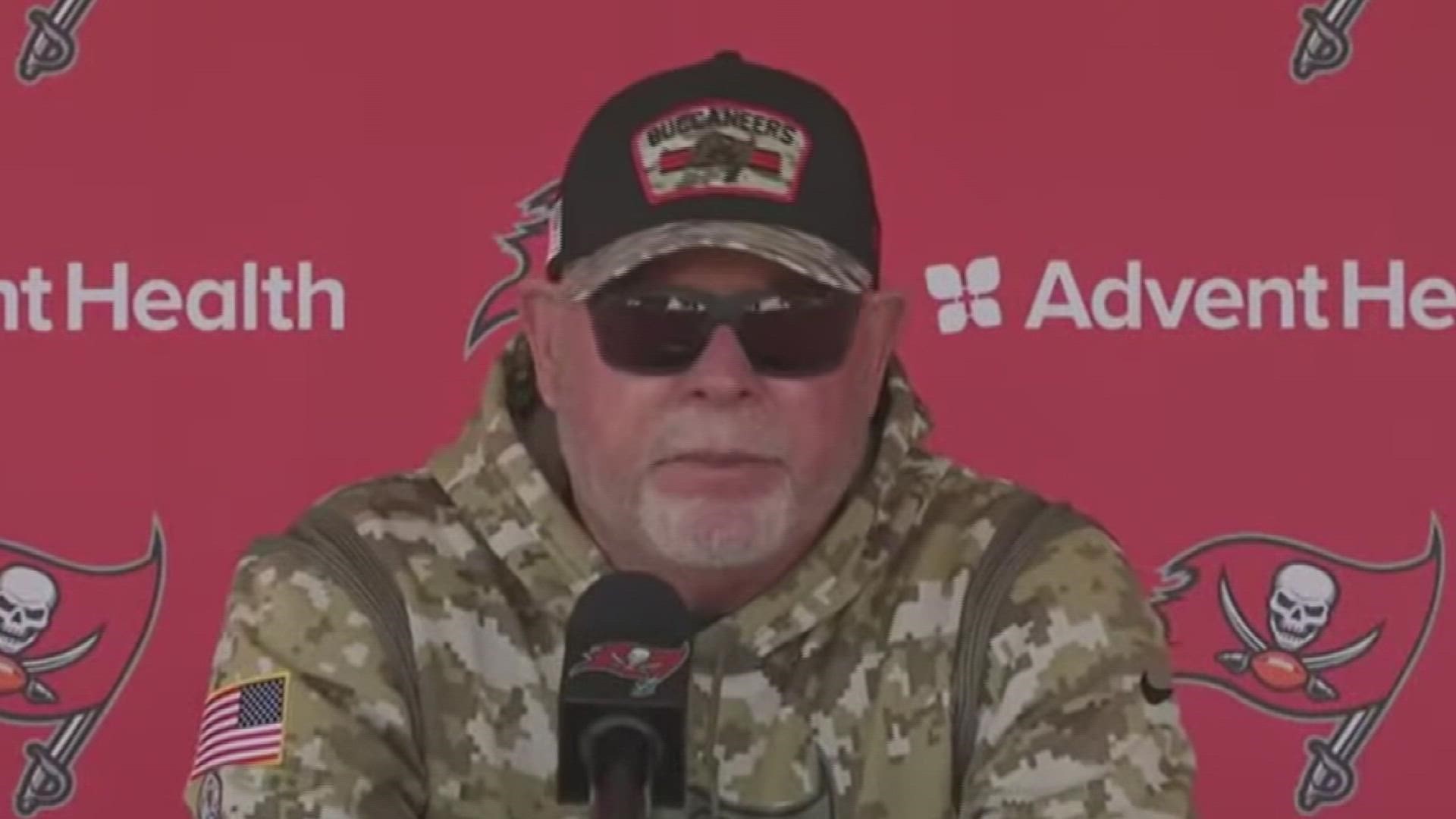