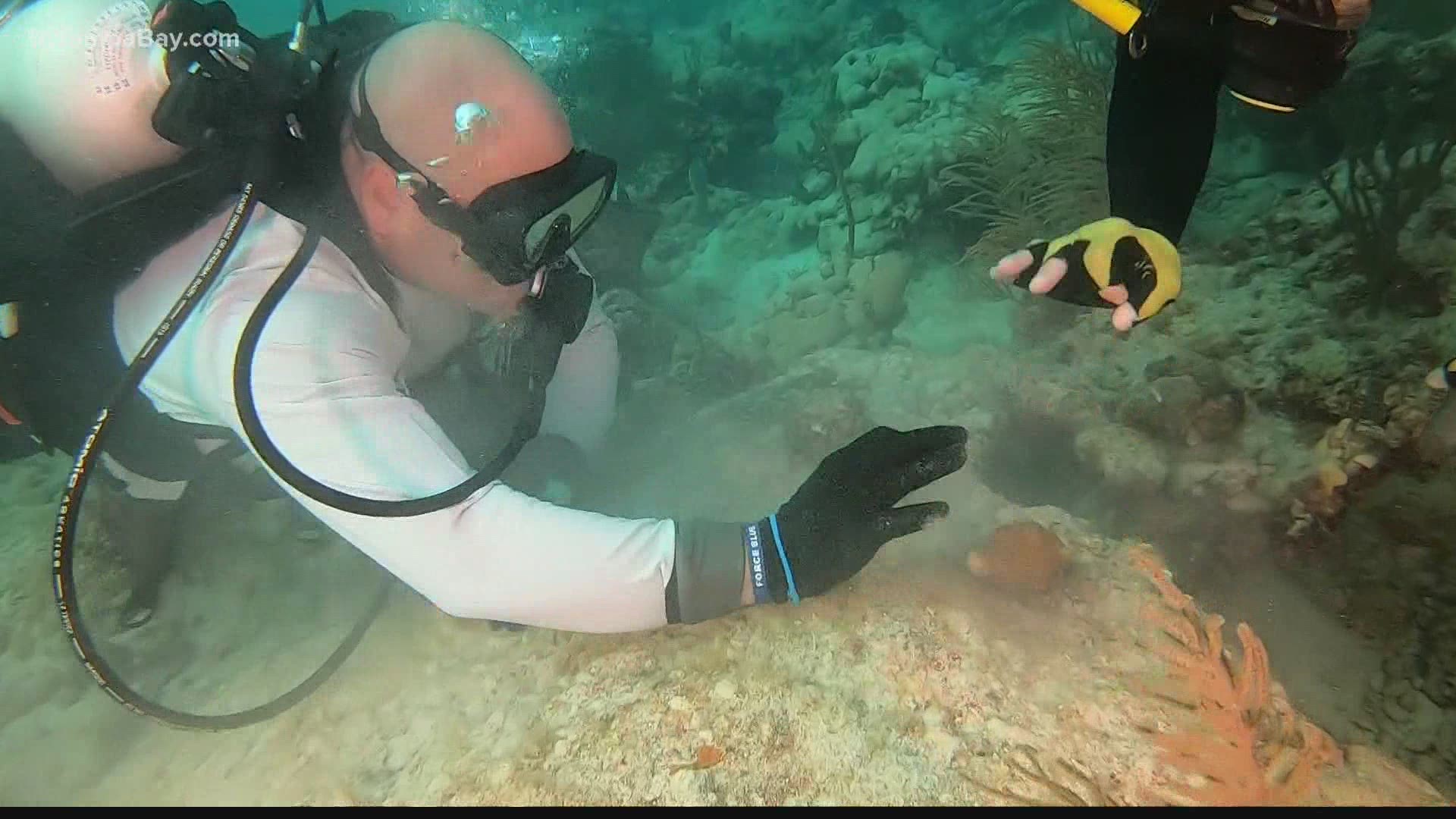 TAMPA, Fla — Protecting Florida's natural environment is a team effort. No one city can do it alone. That's why the NFL on Thursday continued an environmental initiative that began last year, just a couple of hours east of Tampa Bay.

Hundreds of corals were planted near the coast of Miami in order to restore the area's endangered coral reef. It's been estimated that over the last two decades, climate change and pollution have contributed to nearly half of Florida's corals dying off – disrupting a billion-dollar industry.

"[Coral reefs are] an important environmental barrier. If the reef isn't alive you're not going to have that blockage from storm surge and hurricanes," Debborah Luke, Senior Vice President of Conservation at the Florida Aquarium said.

"If we don't have coral reefs as the rainforests of the sea we won't have the fish in the sea for fishing industries."

Thursday's 100 Yards of Hope initiative had its origins in last year's Super Bowl when Miami hosted the big game.

During that time, the city's Super Bowl host committee planted 100 of the threatened staghorn coral species off the coast of Key Biscayne, in honor of the NFL's 100th season. This year, Tampa's committee decided to continue the conservation effort by planting 150 elkhorn corals, another threatened species.

Both new corals have been engineered to be resilient in the face of a changing climate.

Force Blue special operations military veterans joined scientists from the University of Miami's Rosenstiel School of Marine and Atmospheric Science and the Florida Aquarium to monitor and plant the new coral.

The restoration effort is one of the final events that took place during the NFL's "Green Week." Since Monday, volunteers have taken part in beach clean-ups, composting, and tree planting.