Could this ground breaking lead to an on-campus stadium? 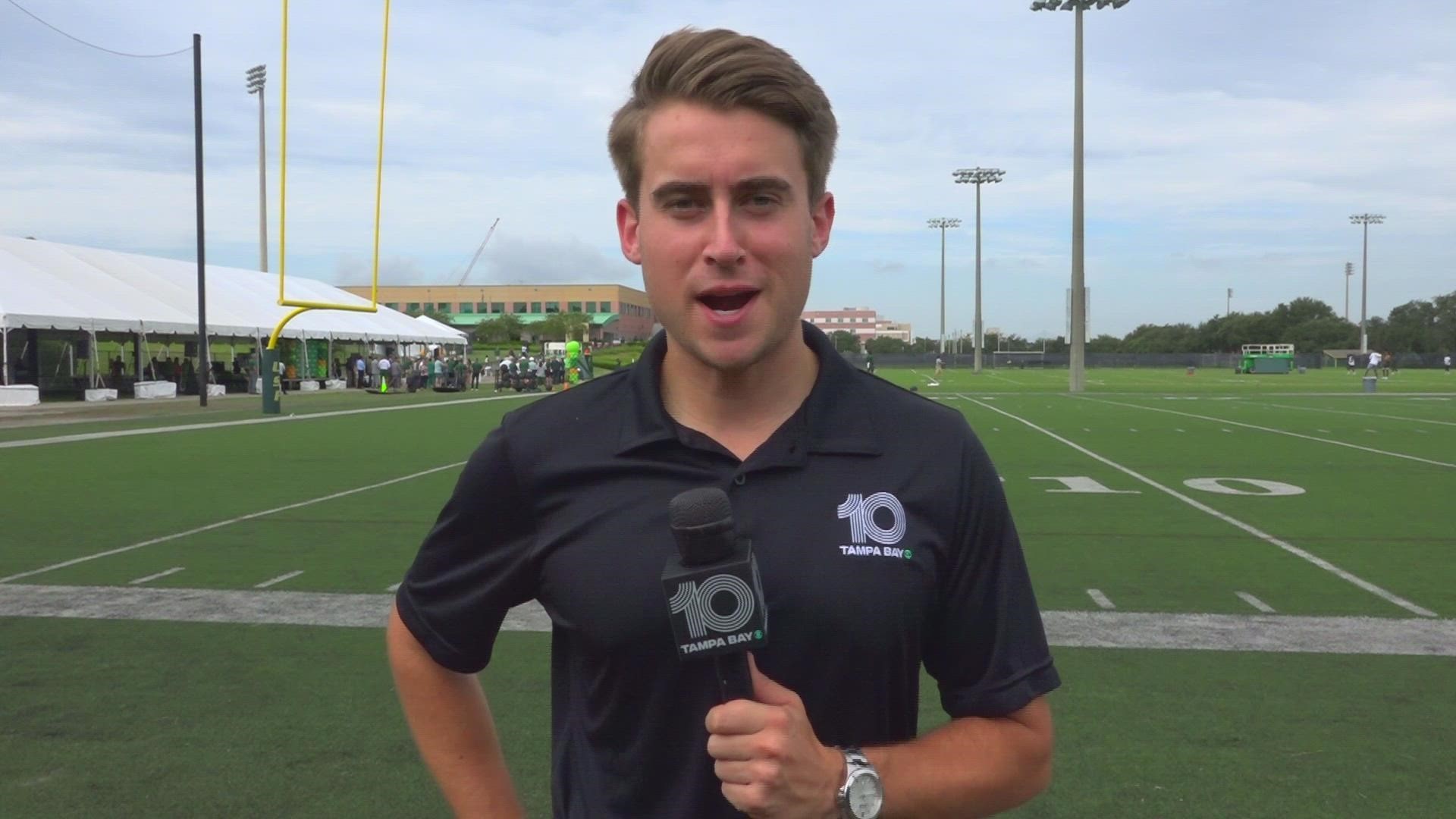 The Bulls project the facility will cost over $20 million dollars and it's expected to be ready this time next year in preparation for the 2022 season.

The IPF will be a huge addition to the growth the athletic department wants to attract, still being able to carry out plans through the Florida weather.

During Tuesday's practice the weather, the inclement weather forced the team indoors.

"I mean, we literally did it yesterday, like Coach Scott was saying. I mean, we had to change practice round. And as soon as the lightning rod, [we] sprinted inside to make sure we don't get toasted," Senior Offensive Lineman Brad Cecil said Wednesday about the benefits of the facility.

It wasn't the only future facility to raise eyebrows on Wednesday. USF Board of Trustees Chair Will Weatherford says he hopes an on-campus stadium is the next step for the university. Those sentiments were echoed by second-year head coach Jeff Scott.

"Talk about not only this step, but the next big step with an on-campus stadium," Scott said. "That's incredible."

RELATED: Are sports teams protected if they are 100% vaccinated?