Meteorologist Grant Gilmore is answering the most commonly asked questions regarding the tropical system expected to develop further in the Gulf of Mexico. 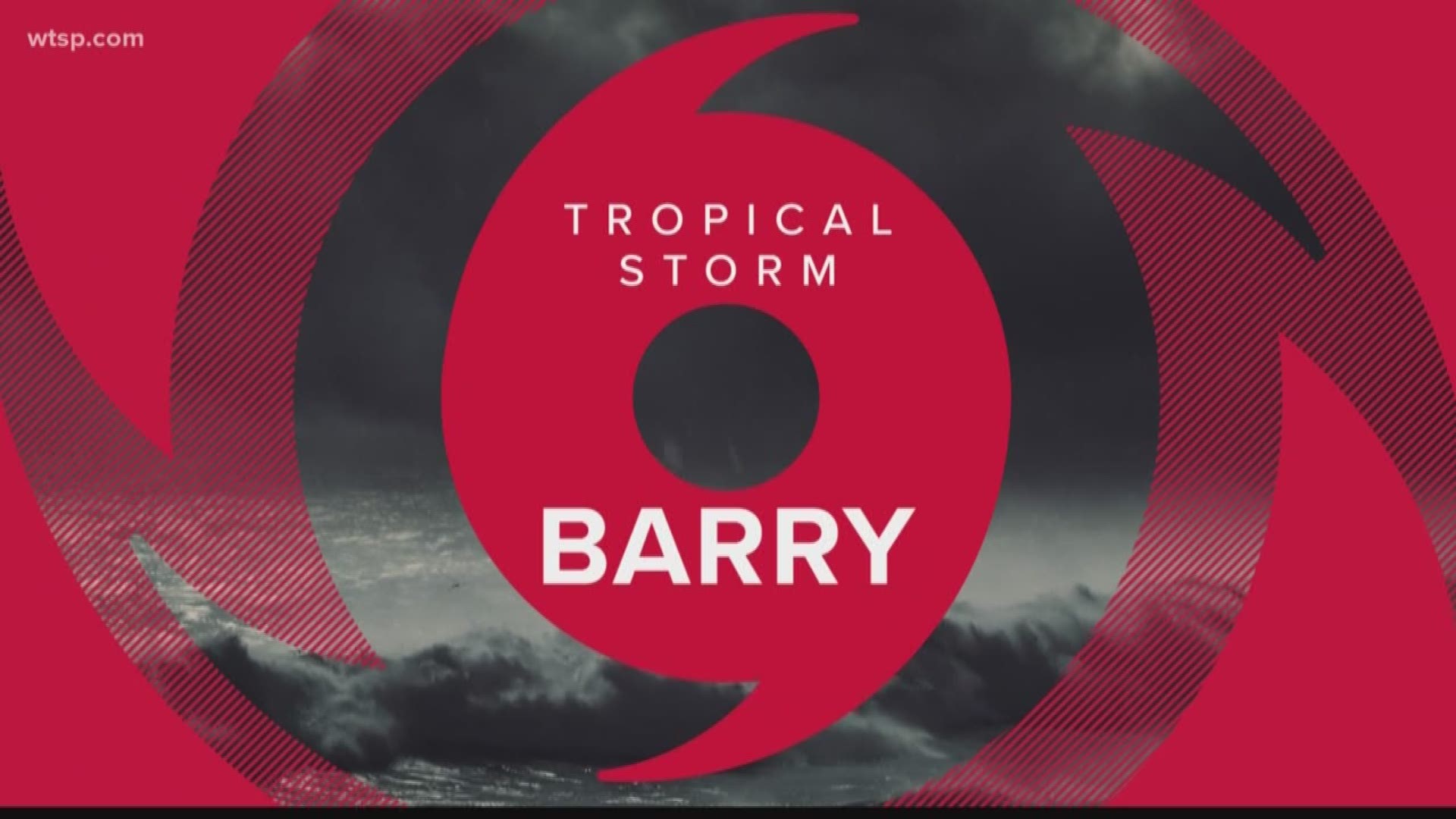 Tropical Storm Barry formed Thursday over the northern Gulf of Mexico. Barry is forecast to become a hurricane by Friday.

Many of you have had questions surrounding this system and its potential impacts. Meteorologist Grant Gilmore has answers to those questions.

Q: Isn't it odd for this system to develop over land and then track over the water?

Q: Where is this system going to track?

A: We aren't completely sure right now. The area of low pressure that could ultimately become a tropical system hasn't even developed yet. Until the center of circulation is established, it is very difficult for forecast models to predict where a storm is going to track, much less how strong will it be. If you don't know where to start, how can you know where to finish? That said, the surrounding environmental flow suggests that, regardless of development, the system will drift west across the northern Gulf of Mexico.

Related: Tropical depression or storm has 80% chance of forming in the Gulf of Mexico this week

Q: What will we get in Tampa Bay?

A: The exact details of how this system will impact Tampa Bay won't be completely ironed out until the system actually begins to develop. Generally speaking, as the area of low pressure begins to strengthen in the Gulf of Mexico on Wednesday, the breeze will increase in Tampa Bay and more so along the coast. Persistent winds out of the south and southwest will could produce slightly higher than normal tides that may result in minor coastal flooding. There is also a chance for some scattered storms with pockets of heavy rain, but widespread impacts are not likely. These impacts will begin to be felt through the day on Wednesday and taper off through Friday.

Q: What is the greatest threat with this storm?

A: Every storm brings multiple threats; and until this system develops we won't be able to break down the specific impacts and where those threats will be greatest. Regardless of development, the system will bring with it abundant tropical moisture and will produce heavy rainfall along portions of the northern and eastern U.S. Gulf Coast through the second half of the week into the weekend.