There is a 60-percent chance of tropical development through the next two days. 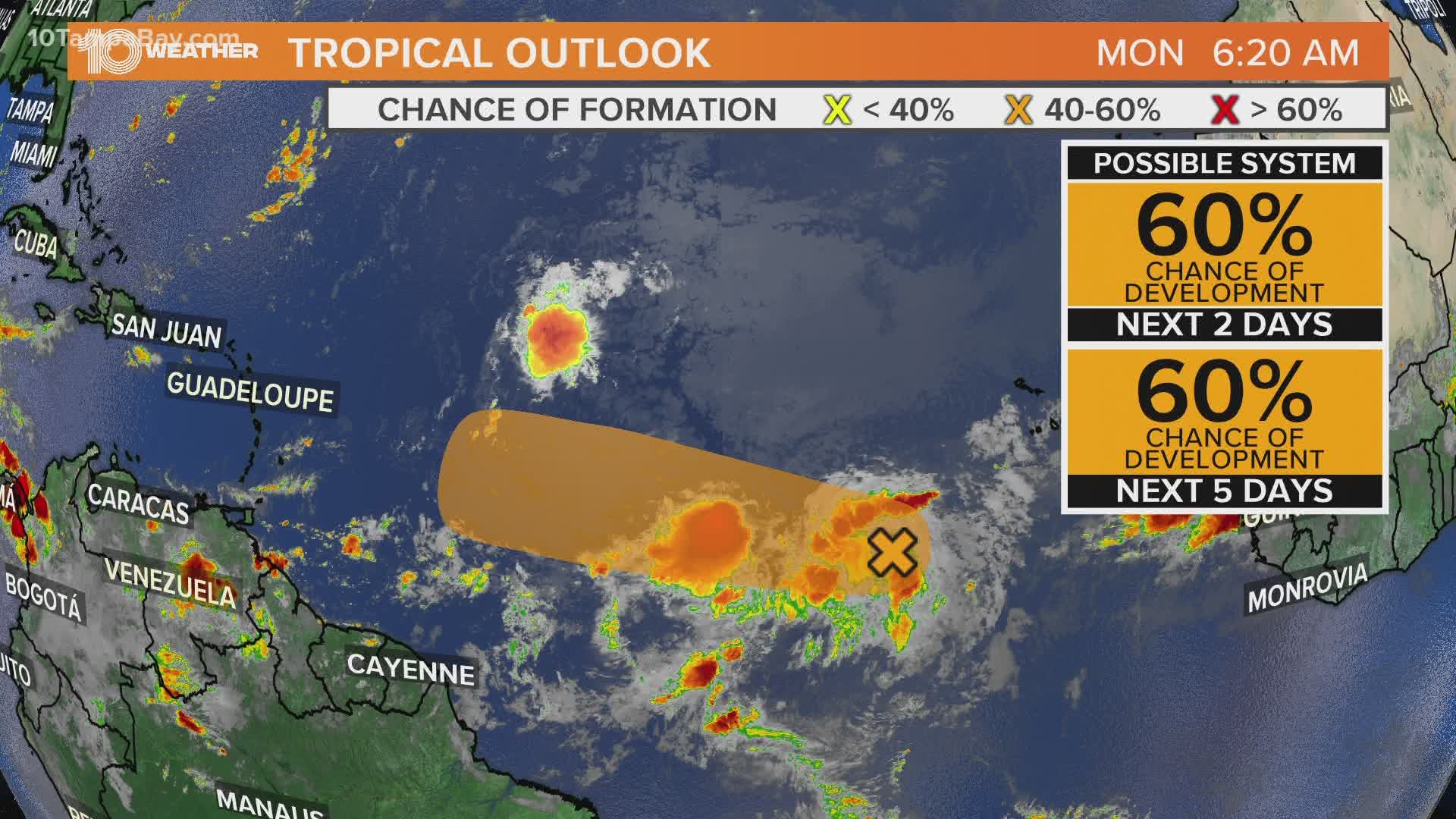 ST. PETERSBURG, Fla. — Following a brief break after Hurricane Isaias, the tropics are heating back up. The National Hurricane Center is watching a new area in the eastern Atlantic for potential tropical development.

As of Monday, this disturbance named "Invest 95-L" is located several hundred miles to the west of the Cabo Verde Islands and has a moderate 60-percent chance of developing into a depression in the next 48 hours, as well as a 60-percent of developing within the next five days.

Although this area of storms is becoming more organized, there is some dry air and potential wind shear in its path.

If the tropical wave becomes better organized and strengthens to a tropical storm, it will be named Josephine.

As a reminder, we are entering the peak of hurricane season. Recently revised forecasts from NOAA and Colorado State University now indicate an even higher chance of an above-average year, with more tropical systems than usual.