Two tropical waves have at least a 60-percent chance of development into a tropical depression or storm in the coming days. 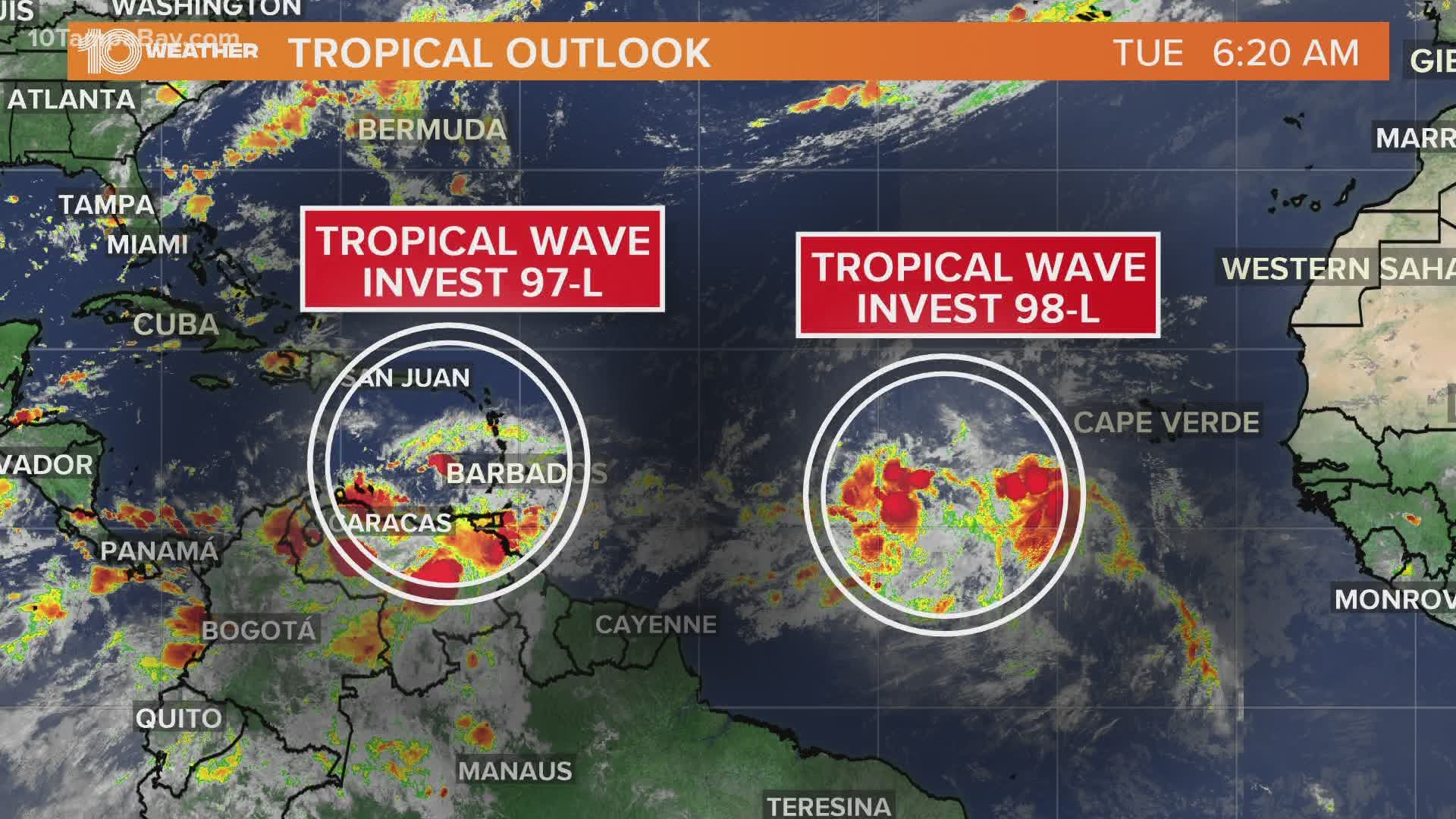 ST. PETERSBURG, Fla. — The active hurricane season of 2020 continues on as we enter the peak over the next month and a half. There already have been 11 named storms this year, and another two systems are already in the works.

A fast-moving tropical wave located a couple of hundred miles east of the Windward Islands continues to produce disorganized showers and thunderstorms as of Monday evening. This wave, labeled Invest 97-L, is expected to move westward at about 20 mph during the next few days, and that fast forward speed is likely to limit significant development while the system moves into the eastern Caribbean over the next few days.

By the second half of the week, the system is expected to move more slowly westward across the western Caribbean, where conditions are expected to become more conducive for development into a tropical depression or tropical storm.

There is currently a 60-percent chance that it develops over the next five days, according to the National Hurricane Center. Regardless of development, locally heavy rainfall and gusty winds are expected over portions of the Windward Islands and the southern Leeward Islands beginning today through Tuesday morning.

Another tropical wave located over the eastern tropical Atlantic to the south-southwest of the Cabo Verde Islands is producing disorganized showers and cloudiness.

The wave is forecast to move westward at 15-20 mph during the next few days, and conditions are expected to become more conducive for development into a tropical depression by the end of this week. There is currently a high, 90-percent chance that this system develops over the next five days.

By this time the wave will be in the western tropical Atlantic.

GET THE FREE 10 TAMPA BAY APP 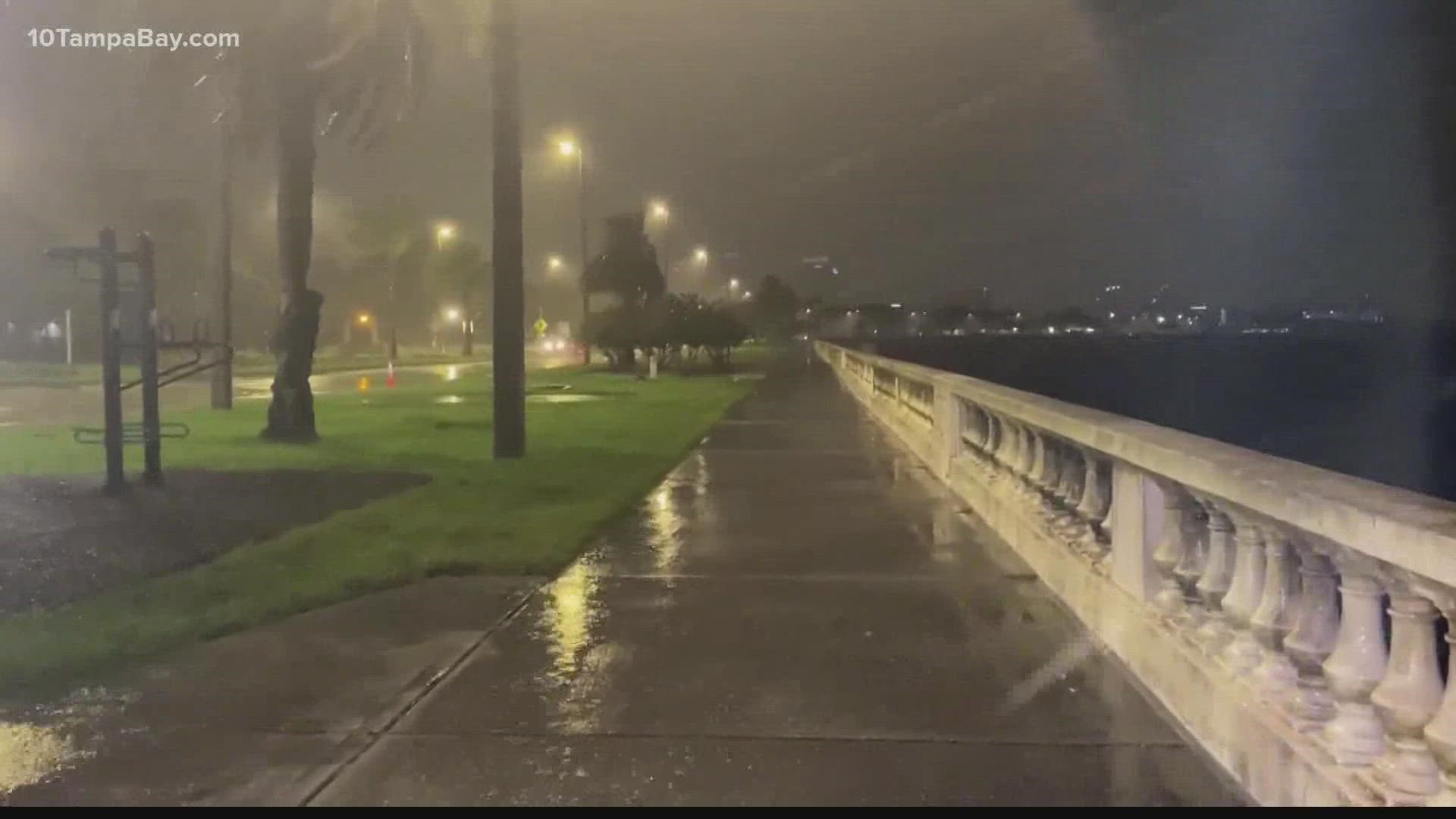