The newly opened scuba diving site is the first of its kind in the United States. 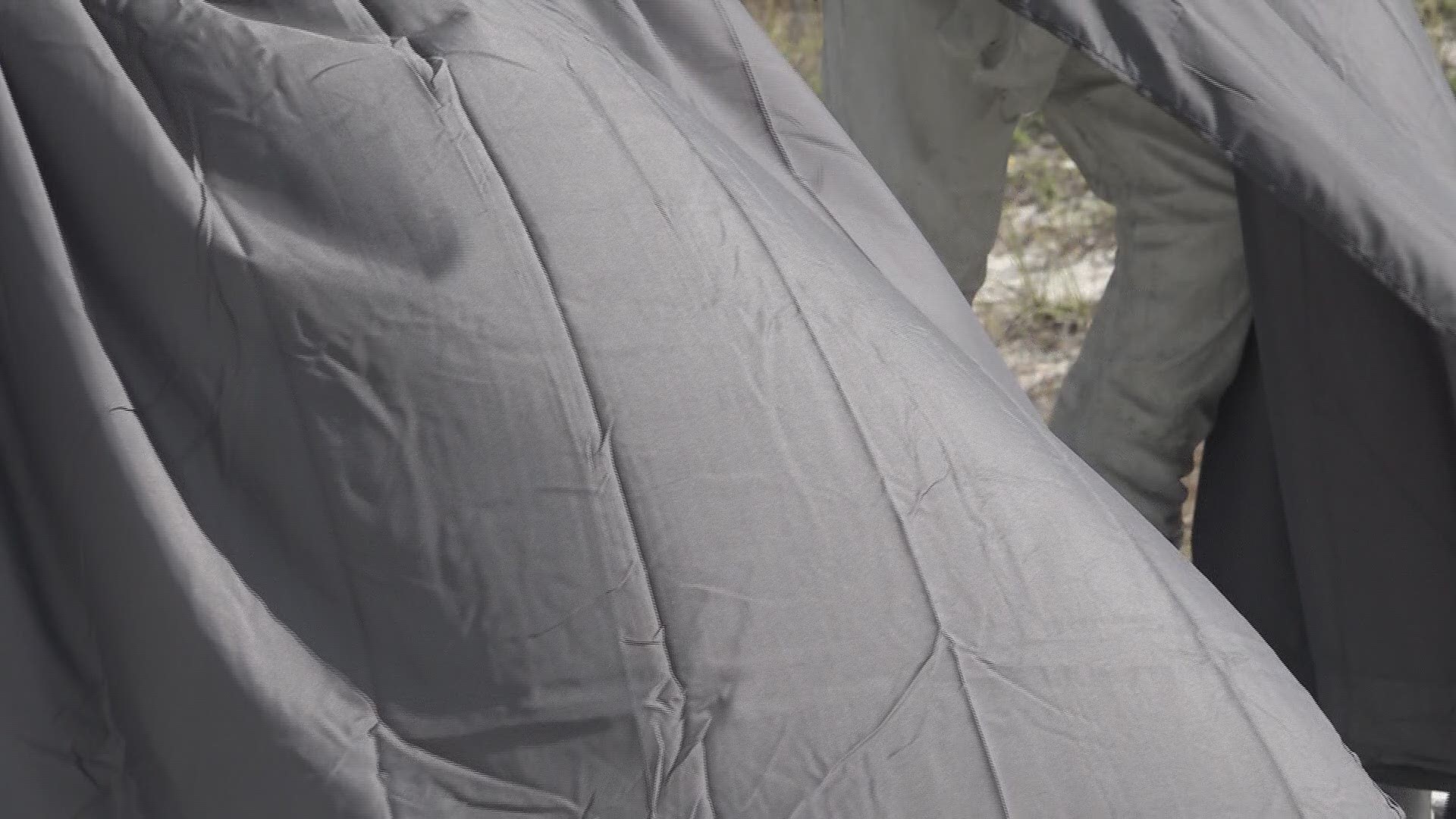 CLEARWATER, Fla. — Captain Joyce Hannaseck learned to scuba dive in 1987 and became an instructor two years later. The owner of Narcosis Scuba in Tarpon Springs has a deep love for the water.

“Tarpon Springs has some of the best diving in the world,” she. “I could talk for a long time about our gulf.”

As much as she cares for the ocean, her passion and devotion to the United States military go much deeper than any adventurous place she’s accessed via scuba tank.

“It has special meaning to me. It really does,” she said.

It’s no surprise that an American flag greets visitors to Narcosis. Nearly every staff member of the local dive shop has extensive military experience.

Captain Mike Fox served in Operation Desert Storm and has been with Hannaseck’s company for a decade. Instructor John Borders joined Narcosis in October 2018 after 27 years in the Army in places like Bosnia, Kuwait, and Afghanistan.

He was wounded and lost a leg while serving in Iraq in 2006. He continued serving in the Army for another 12 years.

The military thread that connects the divers at Narcosis is also the seed of their anticipation for the newest dive spot in Tampa Bay.

“There are a lot of veterans who work here. All of us who have served really appreciate that it’s getting put in the water,” said diver Shawn Campbell, a Bronze Star recipient who served as an Army combat medic for 13 years and grew up in nearby Crystal River. “I think it’s a beautiful monument.” 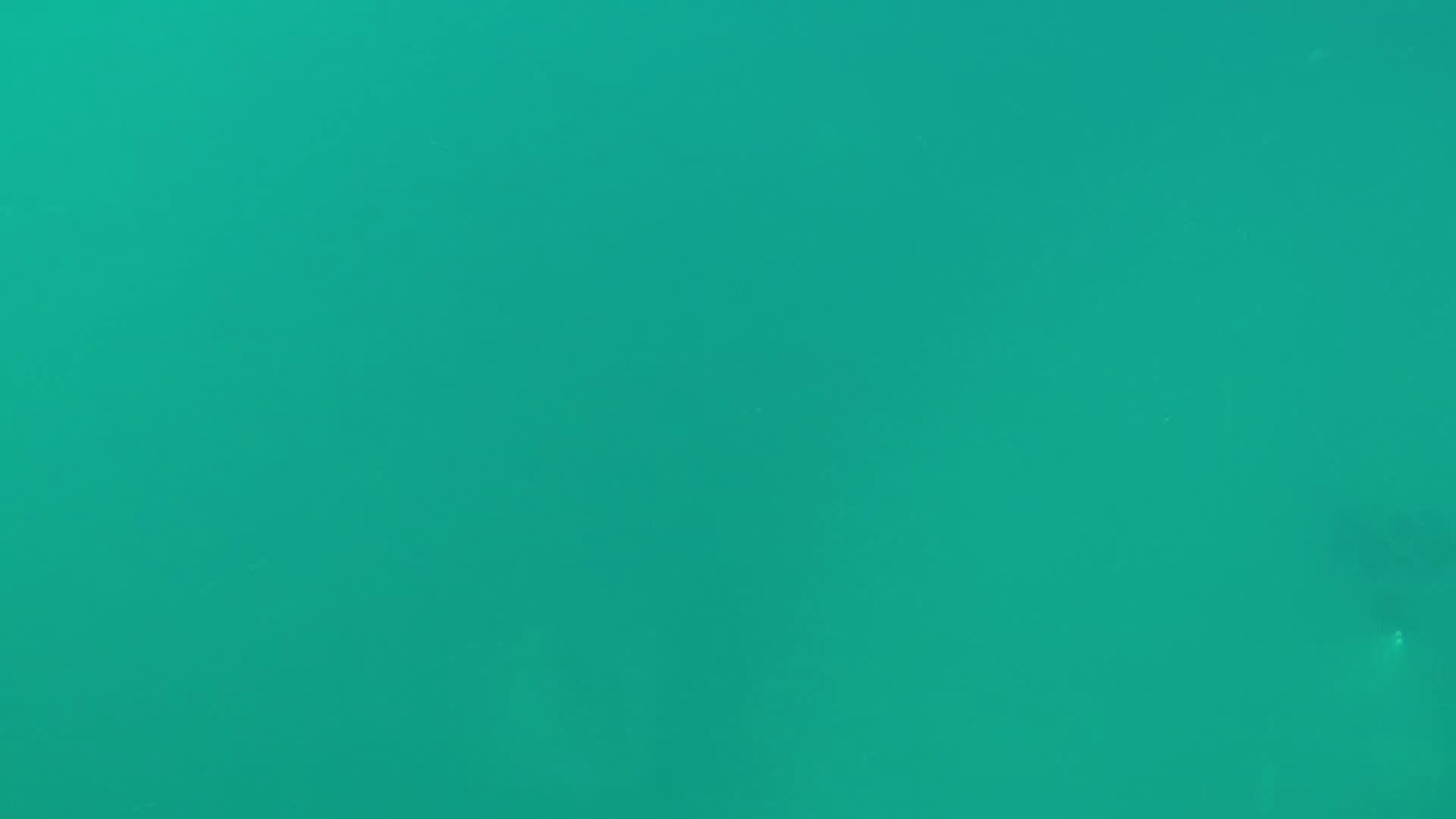 The long-awaited Circle of Heroes is now available to all divers. The 100-foot wide ring of concrete statues is just nine miles off the coast of Clearwater. It’s a new underwater addition adjacent to the popular Veterans Reef dive location and sits in 47 feet of water.

The Circle of Heroes is the nation’s first underwater dive memorial to honor veterans. It currently features a dozen life-sized statues of soldiers from all branches of the military.

Those 12 newly sunken statues are the first of 24 that will eventually rest on the ocean floor of the Gulf of Mexico.

The group was among the first people to see them in their new home since the statues were lowered into place in mid-July.

“I haven’t seen this before. It really takes your breath away,” Campbell said through an underwater audio receiver as he swam alongside Miccio.

Longtime St. Petersburg College professor Dr. Heyward Mathews is credited with the idea for the statue memorial. The local biologist has been part of the diving community on the west coast of Florida for a half-century.

Mathews thought it would be fitting to honor men and women of the military with multiple concrete statues designed to highlight service to the country. In the center of the ring created by the statues sits a 4-foot, 5,830-pound monument.

That centerpiece of the dive site features five bronze crests, each representing a different branch of the U.S. Armed Forces.

“This underwater memorial will not just honor our veterans, but it will also serve them,” said retired U.S. Army Lt. Col. Bill Wilson of Clearwater. “Diving trips to Circle of Heroes may be used in conjunction with sports therapy programs for disabled veterans struggling with PTSD, depression, trauma and other anxiety disorders.”

When four of the statues were unveiled in February 2018 at Sand Key Beach, Pinellas County Commissioner Janet C. Long addressed a small crowd through tears.

“My two sons are combat seasoned veterans,” she said. “I am so proud to be here to help celebrate this event because so many of these young men and women who serve us come home with physical scars and wounds and emotional scars and wounds that we soon forget.”

The statues were sunk by Mathews and team of veterans. It took nearly eight hours to lower the 12 statues from a barge to the ocean floor. A crane with a 100-foot cable was needed to safely guide the heavy structures to their resting spots on the sandy bottom.

Cables will eventually connect the statues 2,000-pound base’s so divers will be able to swim between each on low visibility days. Buoys mark the location of the statues, so captains do not accidentally drop anchors near them.

“It was amazing,” Campbell said as he surfaced after his first glimpse of the memorial. “It definitely hits you at home just like that, especially the soldier’s cross. It really hit me. I had to take a minute to remember the people who couldn’t be here enjoying this like I could. It was beautiful.”

Campbell’s named was placed on the Iraq war statue, an honor he wasn’t expecting. He served in the Army from 2000-2013. The plaque was a surprise paid for by Hannaseck.

“They try to represent everyone and give them the respect that they do deserve,” he said. “I think it’s a really moving thing in this environment.”

The first 12 statues do not represent real people, rather just branches of the military. The statues depict:

These statues are located just a quarter-mile from Veterans Reef which Matthews helped establish in 1999. The additional dozen statues will complete the dream for the Circle of Heroes project but are still in need of funding.

The location is expected to be very popular with local divers like Hannaseck, who has been diving all over the Florida coasts for three decades. She expects the military element to bring in divers from around the world.

“It’s a war memorial to all the veterans of all the wars,” she said. “I get goosebumps thinking about it. It’s special to me.”

Hannaseck’s oldest son, Jesse, served in Afghanistan, Iraq and Russia as a member of the U.S. Army. Her son Craig served in the Navy. Her youngest, Austin, in an active member of the Marine Reserves.

“We’ve deeply been looking forward to it," she said.

For people who understand the sacrifice, the Circle of Heroes was worth the wait.

“It was tough to get it done but now it’s done and God Bless the people who did it,” Fox said. “My dad served. My son is about to serve. It’s important stuff.”

The statues were commissioned by the Minnesota group called SVJ Creative Designs. Additional statues are expected to cost up to $20,000 each.