Michele True has wanted to go to the Westminster Dog Show since she was three. Now, over a half-century later, she's taking her dog to compete. 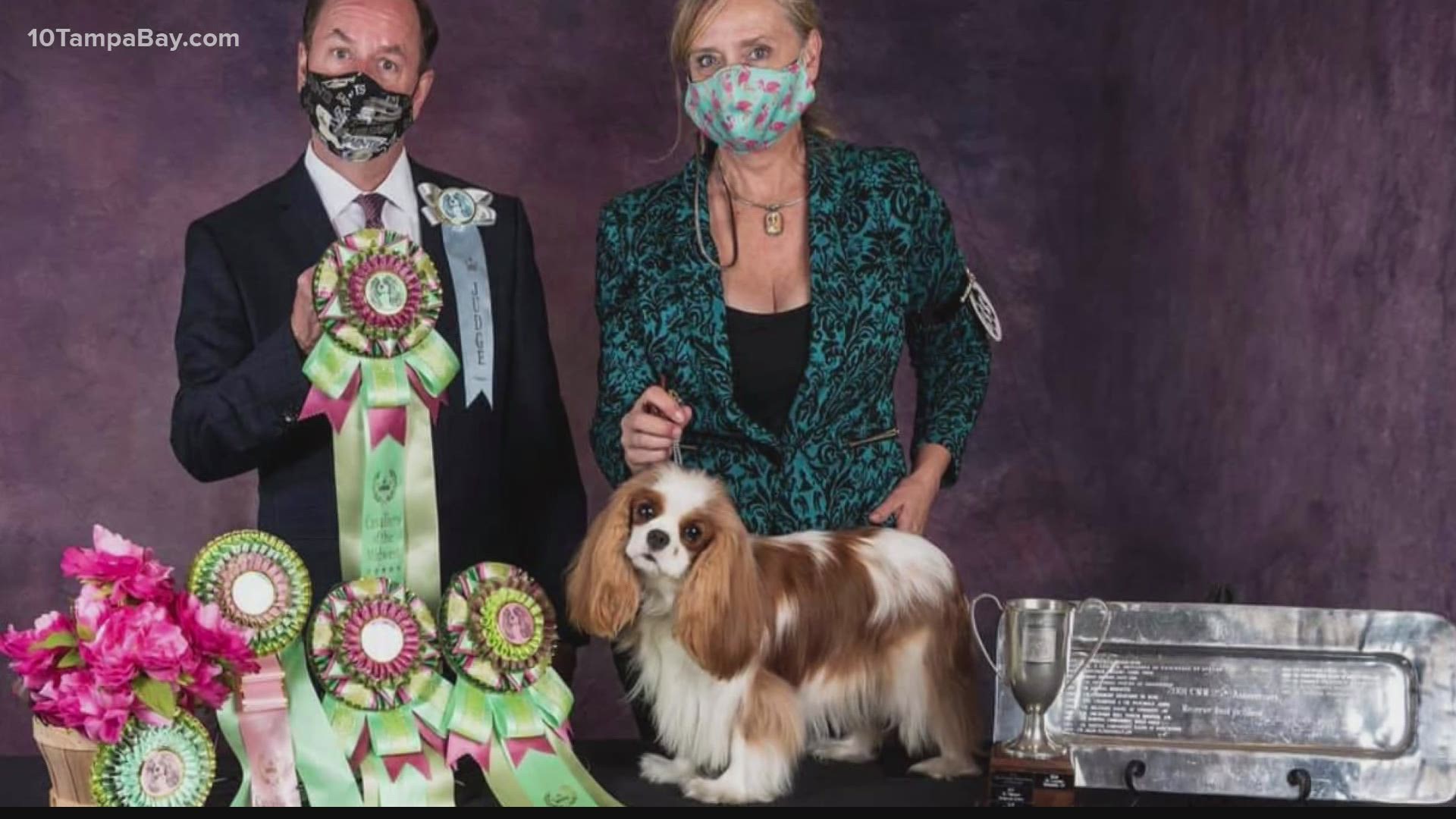 GULFPORT, Fla. — For the first time in nearly a century and a half, the prestigious Westminster Dog Show will not be held in Manhattan. Instead, due to COVID concerns, the event will take place in Tarrytown, N.Y. this weekend.

For Gulfport resident Michele True, she’s glad to be going no matter where the dog show is held.

True will be taking her Cavalier King Charles Spaniel, Miss Bliss, with her to New York. The award-winning dog is one of more than 30 of the breed to be featured in the competition. It’s an event True had dreamed of participating in since she was a small child.

“Three I think was my first memory of watching the dog show. I’ve never missed a year and I always knew, even as a kid, I’m going to be there one day. I’m going to have a dog there,” she said.

Colorful ribbons line the staircase in True’s historic Gulfport home. Countless more sit in a giant glass vase. Photos of Miss Bliss sit on hallway tables and hang in frames around the living room. Since getting the dog in July 2020 from a breeder in Washington, True’s passion for showing dogs has grown.

“She’s a little showman. We call her the Marylin Monroe of our spaniels. She loves to show. She gets out there and she actually delights in it,” said True, who got her first Cavalier King Charles Spaniel seven years ago. “We had no idea how wonderful the breed was.”

Westminster will be a special experience. Miss Bliss will try to become the first of her breed to win Best In Show. She’ll be shown by True on June 12 at 1 p.m. to top dog critics from around the nation.

“I think we can manage to find a spot for a trophy,” said True.

True joined local Cavalier clubs to meet friends upon moving from Idaho to Florida six years ago. This will be her first time attending the Westminster Dog Show.