He shot a father in front of his child. He's claiming self-defense.

49-year old Michael Drejka is charged with manslaughter in the shooting death of Markeis McGlockton. 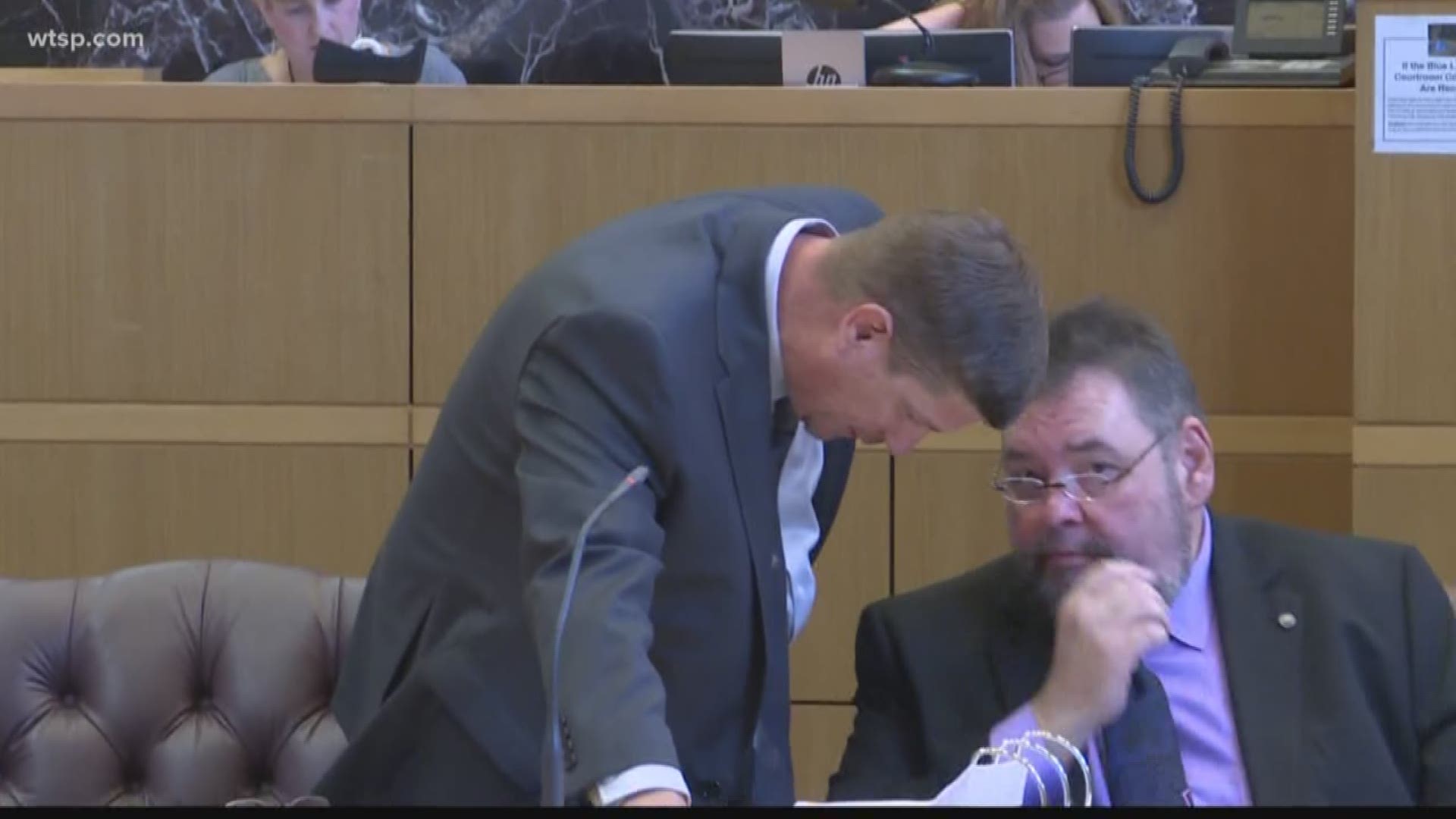 Michael Drejka, 49, is charged with manslaughter in the shooting death of Markeis McGlockton. The two had argued over McGlockton‘s girlfriend pulling her car into a disabled parking space outside a Clearwater convenience store.

RELATED: This is why there only will be 6 jurors in the Michael Drejka case

Even Judge Joseph Bulone says seating an impartial jury in this case might be challenging due to the amount of pre-trial publicity.

Drejka walked into the courthouse without comment Monday morning.

Drejka and his defense team made the decision earlier this year to forgo a “stand your ground” hearing, so it's expected to be more of a traditional self-defense case.

The jury pool began with an initial group of 90 prospective jurors.

By noon, that number had been reduced by about 20. Several jurors said they could not be impartial in the case. A few more were eliminated because English is not their primary language and it might be difficult to follow testimony.

That initial well production came before lawyers even had an opportunity to ask the remaining potential jurors how much pre-trial publicity they have been exposed to in this case.

Bulone also asked potential jurors if they knew any of the people involved in this case, including Drejka himself, the attorneys, McGlockton or his family or any of the prospective witnesses in the case.

The goal is to eventually seat six impartial jurors and four alternates who can also commit to being on the jury - for what is likely be a two-week trial.

Lawyers then began the process of “striking“ jurors, essentially eliminating prospective panelists, with cause.

The judge asked the jury pool to stay just a little bit longer in hopes of being able to tell as many as possible that they have been excused, so they would not have to return again Tuesday.

Just before 6 p.m., the judge released the rest of the jury pool, asking the 44 remaining prospective jurors to return in the morning at 9 AM.

Later in the afternoon, there were also several statements released on behalf of Markeis McGlockton‘s family, which has waited just over a year for this day to come.

“During the pendency of this case, the defense repeatedly tapped into racist tropes and narratives about Black men and Black families to paint their client, Michael Drejka, the one who committed the most violent of crimes, as the victim in this case. And that is not only unjust, but immoral. I am confident in the prosecutors' ability to accurately communicate the true facts of this case to the jury. They have already demonstrated this by appropriately charging the defendant with manslaughter. I believe the jury has an opportunity here to not repeat the mistakes others have made in cases where officers and vigilantes walked free after killing unarmed Black people. They can choose to see that the only victim, in this case, is the man who lost his life and that the one who deserves to be criminalized and punished is the man who felt emboldened enough to take the law into his own hands to commit murder."