The men were spotted by the MSO aviation unit during their routine patrol. 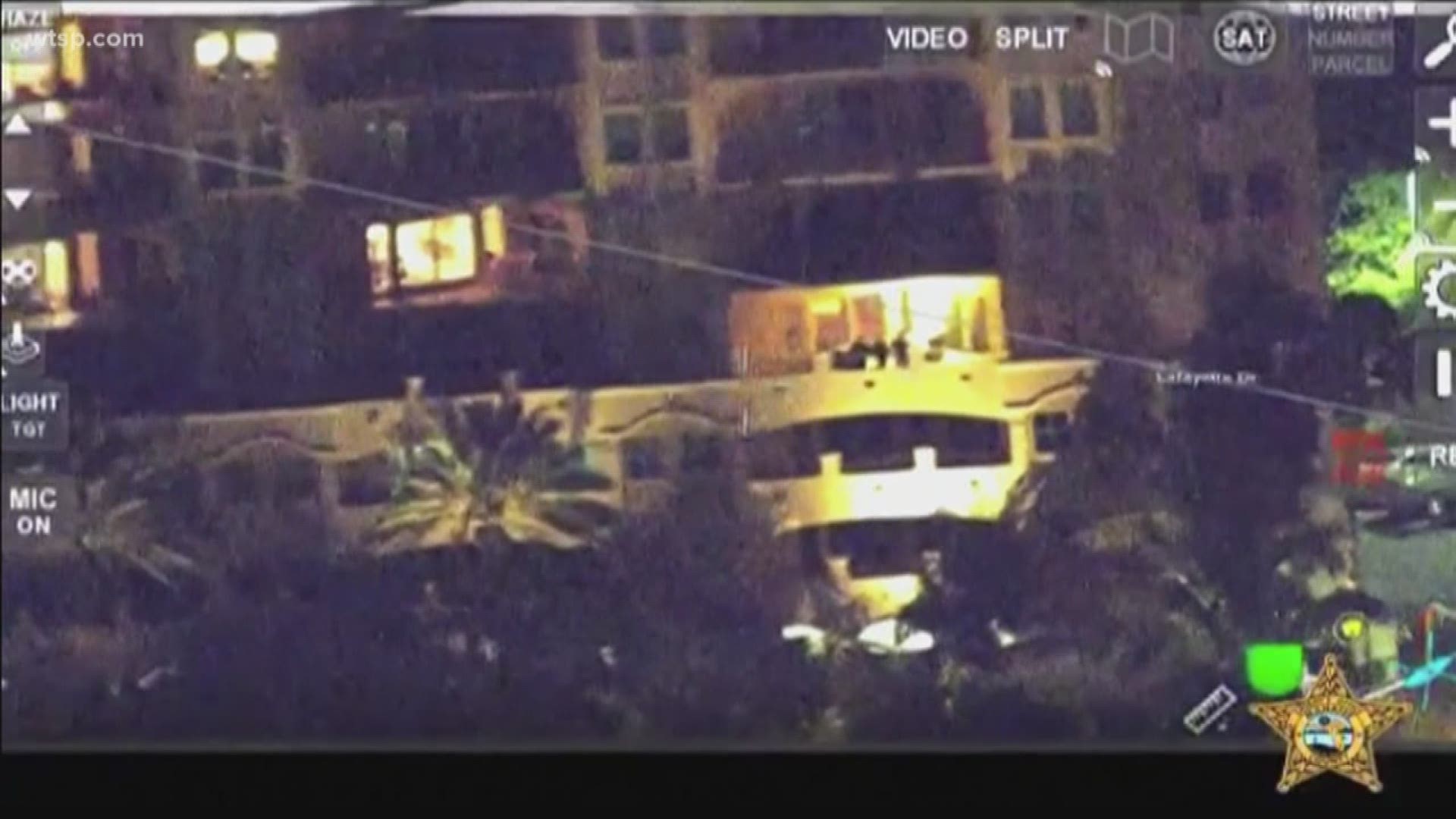 Laser pointers have a purpose, but this is definitely not it.

A man pointed one at a Manatee County Sheriff’s Office chopper pilot last night, according to deputies.

“Three subjects are on the balcony,” said the pilot over the radio.

The Manatee Sheriff’s Office Aviation Unit was on routine patrol when suddenly, "They see a flash of green light in the cockpit and realized it’s a laser pointer,” explained Randy Warren, the sheriff's public information officer.

“The subject to the west is hitting us with the laser,” the pilot told dispatch.

The consequences can be serious.

“It can blind a pilot and cause them to be disoriented. It could have been tragic,” Warren said.

The pilot called deputies on the ground and directed them to the fourth floor of The Palm Rivera Dunes, a high-rise condo east of the civic center.

There they found Vladimir Altman. The 22-year-old confessed he was the one who shone the laser pointer at the helicopter.

Warren said, “They knew what they were doing they were trying to hit the aircraft. What they didn’t know is they were shining it into a sheriff’s helicopter.”

The sheriff’s office says they’ve had a handful of these laser cases in recent years. Deputies say what most people don’t realize is this is a crime, a felony punishable by up to two years in jail.

Warren sends this warning:  “You will end up in jail if you point a laser at an aircraft. You’ll get caught. If you point it at a sheriff’s helicopter they’re going to come find you.”

The sheriff’s office says besides jail time there are steep fines of up to $200,000.