He was targeted for human trafficking through his mom. Now, he shares his story to help others.

Some of the most trafficked people are children and it’s not just girls, but boys too. They're known as “the silent victims.” 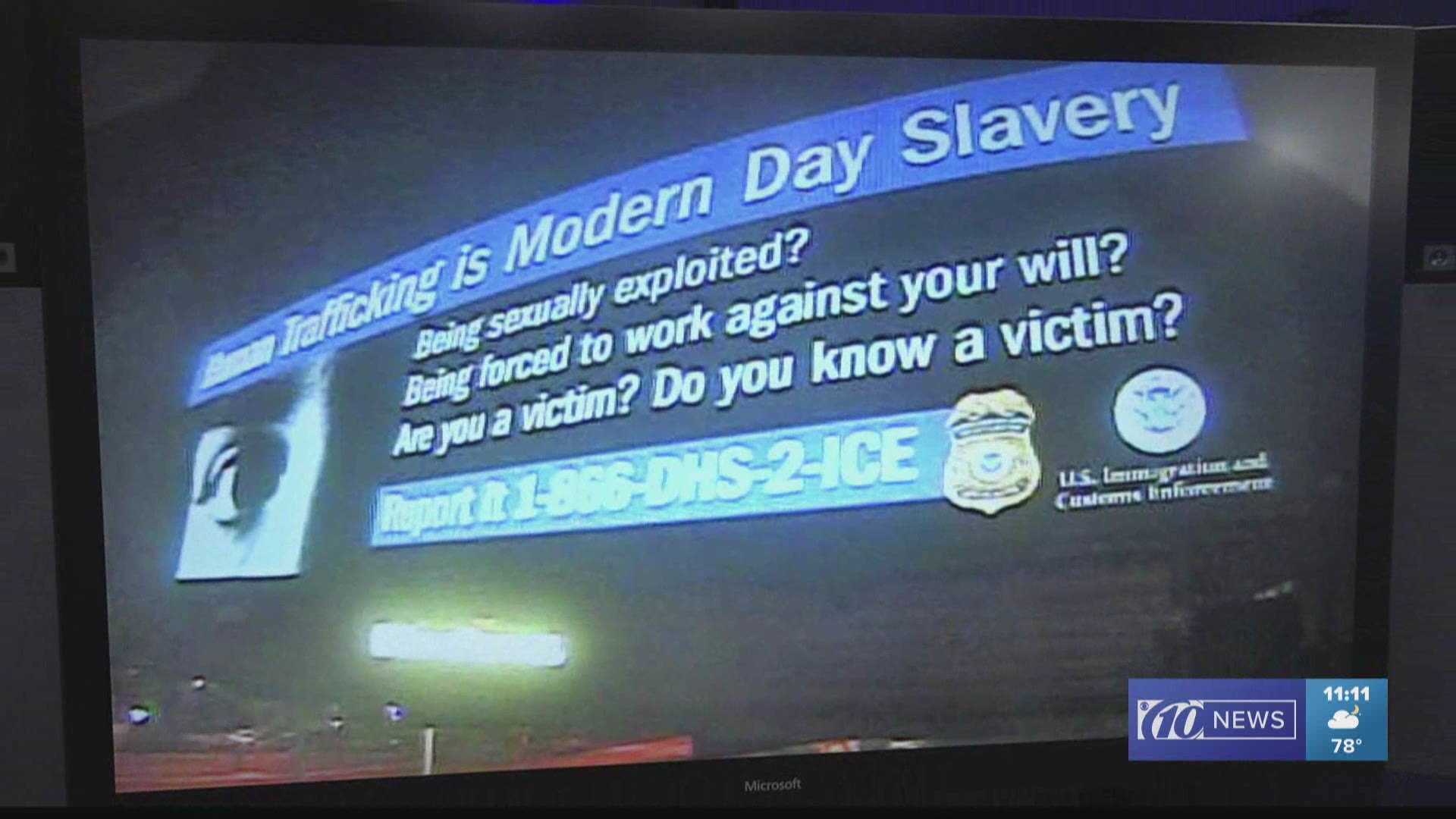 TAMPA, Fla. — Exploited, sold for sex, raped and abused: this is the reality for human trafficking victims. It’s an international crime spanning all ages and races.

The Tampa Bay area ranks among the worst in the country for human trafficking.

Some of the most trafficked people are children and it’s not just girls, but boys too. They're known as “the silent victims.”

For years Jerome Elam said he was a silent victim. When he talked about his childhood, he showed a black and white picture of a little boy sitting on a lawn chair. It’s a picture Elam holds on to.

“That’s the last happy moment of my life. It’s a picture of me in my great aunt’s garden,” he said.

It’s also a time just before he said he was sold into sex trafficking right here in Florida at five years old.

“My great aunt is the only woman who ever showed me unconditional love in my life.”

His body malnourished, drugged, tortured and abused by people he trusted.

“I was targeted through my mom by a sexual predator,” he said.

Elam said it was a tumultuous home life where his mom, just 17, was also abused. He said she was an alcoholic who was starving for love and attention.

“When this individual came along, we thought it was an answer to our prayers because he was nice. He bought us presents. He took me places, but after about six months, he began to molest me,” Elam said.

Threatened with his mom’s life, Elam said he was blackmailed into silence.

“I was sold to anyone who could come up with the money and they were allowed to do whatever they want.”

Elam said he was traded around in rooms with other children at times.

“When you would cry, they would beat you so severely, sometimes unconscious, that you just learned to turn it off.”

At 12-years-old Elam said he tried killing himself, chasing a bottle of sleeping pills with vodka. Elam said his mom found him and took him to the hospital, where he was finally able to tell his truth.

The men visiting Elam and his mom stopped.

Sadly, Elam's story is a reality for more than 100,000 kids across the United States sold yearly into sex trafficking. According to the U.S. Institute Against Human Trafficking, 36 percent of those kids are boys. Often times they are runaways or targeted by predators through social media and gaming systems.

“These targeters are very skilled, they know what to look for. They go to the bus stops. They go to the places where the kids hang out,” U.S. Institute Against Human Trafficking CEO and Co-Founder Geoff Rogers said.

Its why the national organization, headquartered in Tampa, created the first safe house in the country for boys.

Hidden in an undisclosed area, it’s a place for victims to find refuge.

“When the boys first come through the door they get a smile on their face because they really haven’t seen a home like this before,” Rogers said.

These boys are 10 to 17 years old. Most of them come out of the foster care system.

“When we built the home, we built it from the ground up so everything is new. That was one of our focuses. We want everything new here because we want to care for these kids like we would care for our own kids,” Rogers said.

Each child has their own bedroom and bathroom. They’re given a sense of family, independence and belonging. They can play fun games like foosball and even video games, all of which are monitored for their protection.

As a father himself Rogers said creating the safe house was his calling. With his background in business as a former executive at IBM, Rogers teamed with other business leaders to make creating a refuge for trafficked boys a reality.

”No child should ever go through what these kids have gone through. I think most experts across the country would say that male sex trafficking victims in many ways are some of the most traumatized individuals on the planet.”

One of their most recent arrivals was just 10 years old.

“To learn about what has gone on in his past, it's horrifying. He can’t read, he can’t write. He’s never been to school. He has no concept of math or money. When he came in, he didn’t even know when his own birthday was,” Rogers said.

Like any business, human trafficking is one of supply and demand. In an effort to fight it, Rogers now works with schools, churches, governments and law enforcement to create what they call trafficking free zones.

Wilkett said boys rarely admit or identify themselves as human trafficking victims. He said that’s often discovered by law enforcement after they’re picked up for other crimes.

“So it may be shoplifting or a drug charge or it could be a trespass,” Wilkett said.

Wilkett said human trafficking was like other businesses. To end the supply, they have to end the demand.

“In order to end human trafficking we have to end demand. Ending demand means we have to go after the buyer. The buyer needs to beware," Wilkett said. "The buying of sex in Pasco County is not accepted and we will come at you with everything we have."

One of the ways they work on getting rid of demand is making it difficult for someone to buy sex.  Since a lot of it happens online, they use fake ads to target traffickers. When the trafficker clicks on the link or calls the number the get the police instead of a potential victim.

Without a safe house to turn to, Elam spent 25 years in trauma therapy. As an adult, he joined the Marines. Now, married with children he shares his story to help others.

Through his organization called End Slavery Now, he travels the world raising awareness, doing outreach in communities and working with local and federal governments to fight human trafficking.

“I’m here today as a living testament that there is a hope and a light inside us no one can extinguish. It may be a pilot light, but that can turn up to a flame that can set your soul on fire like it did mine and have a purpose to make a difference in this world.” Elam said.

The punishment for human trafficking is typically 15 years in jail. If convicted of trafficking minors, it could be life.