Marcus Franklin was charged after Polk County deputies say one of their detectives suffered a 'severe sprain' during an altercation over a student's arrest. 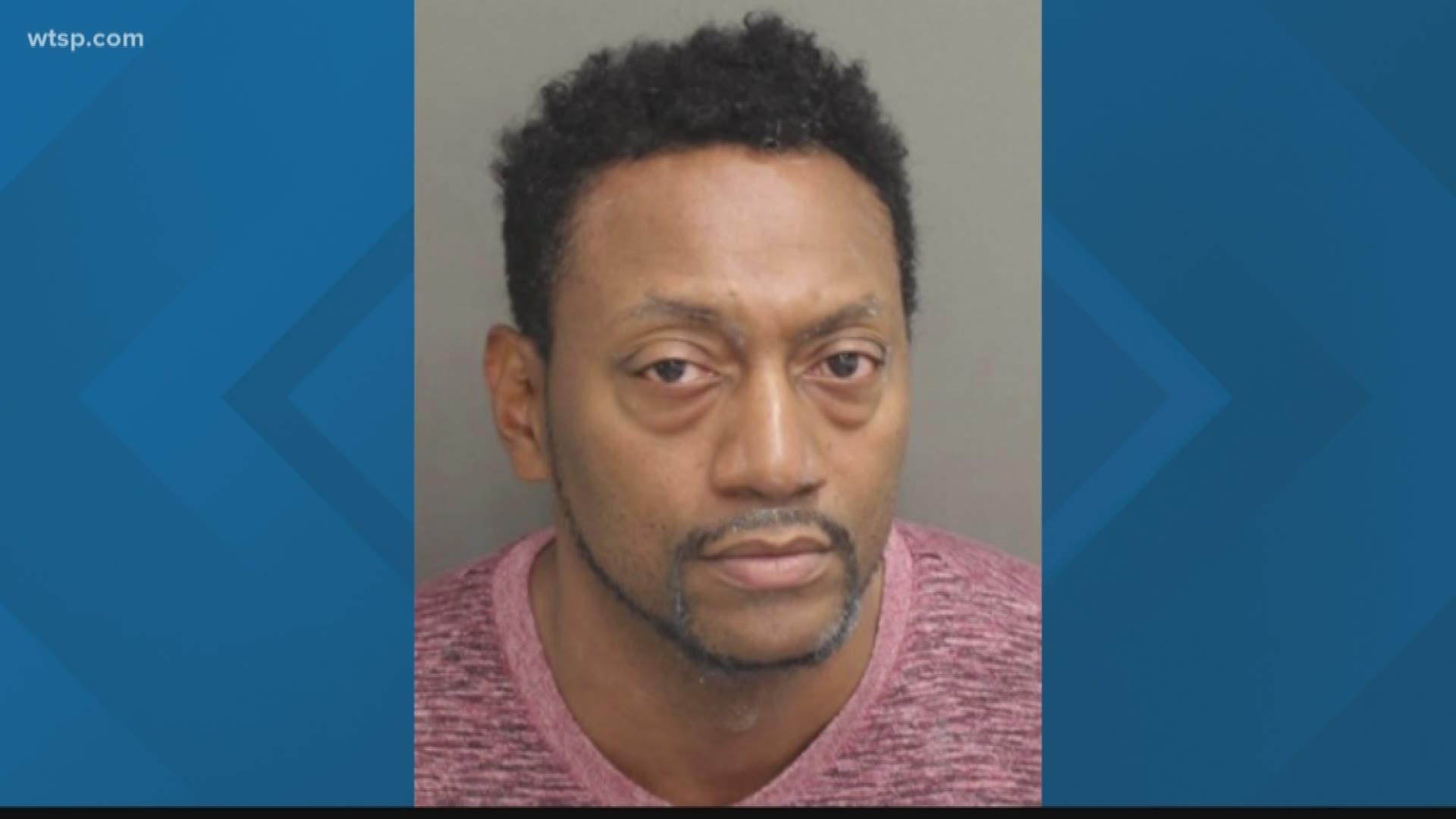 DAVENPORT, Fla. — A school guidance counselor has been charged after detectives say he tried to stop them from arresting a female student accused of battery on another student.

The Polk County Sheriff's Office said it happened Tuesday at Ridge Community High School in Davenport, where two detectives were trying to take the girl into custody. A scuffle broke out as she allegedly tried to escape, and the detectives called for backup.

As that was happening, investigators say the school's director of guidance counseling, Marcus Franklin, 39, walked into the room and began pushing one of the detectives away – trying to shield the girl.

"[Franklin] proceeded to tell detectives that they could not arrest the suspect and that it had to be a uniformed officer," the Polk County Sheriff's Office wrote in an email. "[Franklin] advised he needed to deescalate the situation and began stroking the suspect's hair and referred to her as 'Baby.'"

A Haines City Police Department school resource officer and another officer responded as backup and helped get control of the situation.

One of the detectives injured her foot during the altercation. The detective was taken to the nearby Heart of Florida Regional Medical Center, where authorities say doctors determined she'd suffered a "severe sprain" and was given an orthopedic boot.

According to law enforcement, Franklin headed to Orlando – where he lives – and refused to discuss the incident when reached by phone.

After getting sworn statements from the two detectives, the sheriff's office determined Franklin should be charged with resisting arrest and battery because he "intentionally and unlawfully pushed" the one detective "repeatedly against her will."

An arrest warrant was issued, and Franklin was taken into custody in Orange County.

"Why on earth Marcus Franklin thought it was okay to insert himself into a law enforcement investigation and then place his hands on and shove one of our detectives, is beyond me," Polk County Sheriff Grady Judd said. "He now faces at least two felonies, with more charges pending related to his obstruction of justice. This entire situation could have been avoided if he had assisted our detectives with taking a battery suspect into custody instead of fighting with them and interfering with their investigation."

Franklin was booked into the Orange County Jail and will be transferred to the Polk County Jail at a later date.

Polk County school officials have placed Franklin on administrative leave and say they are cooperating fully with the law enforcement investigation.

Franklin has been employed by the district since August 2010 and has no past disciplinary incidents on file, according to a school spokesperson.