Fall 2020 sports in Florida: FHSAA to give schools flexibility to start

Because of increasing COVID-19 cases, schools can start fall sports beyond July 27 if they choose. 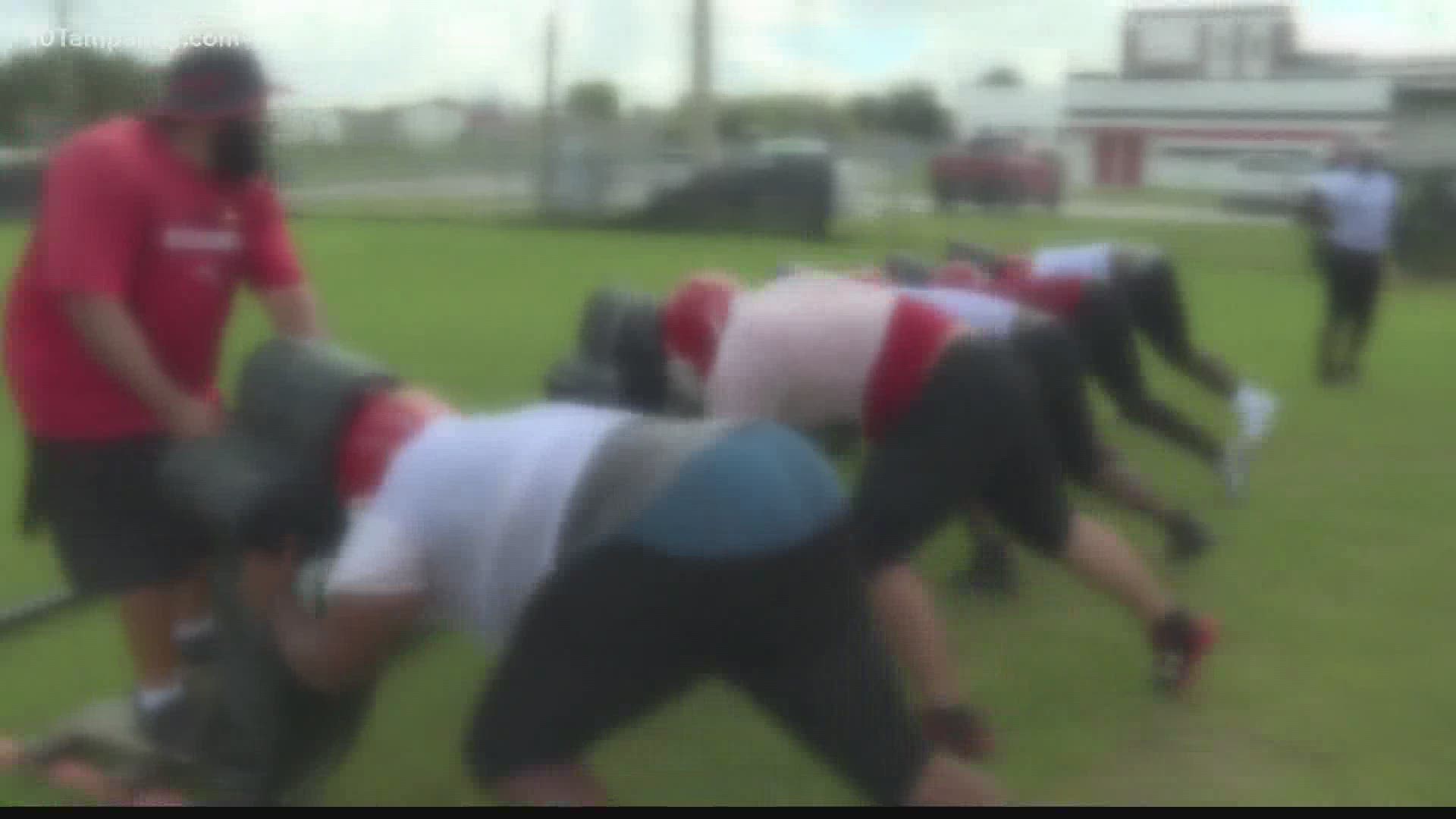 TALLAHASSEE, Fla. — Board members of Florida High School Athletic Association, after voting earlier to delay the original start of fall sports on July 27 because of increasing COVID-19 cases, opted instead to keep the date but offer schools some leeway.

Schools will be given the opportunity to start sports at a later date if they so choose, but they cannot participate in the state playoffs, FHSAA ruled.

Officials will be able to work with the FHSAA staff to create a general game schedule that would not put them in the series.

Teams can officially begin practices as early as Monday, July 27.

VOTE NOW: Do you think high school sports should start practice on Monday?

The Florida High School Athletic Association is holding an emergency meeting Monday evening to determine how high school sports will look this fall.

The main item on the agenda is to determine whether the FHSAA will adopt the current proposal for all divisions of high school athletics.

However, the proposal's draft says the executive director does not recommend the proposal's adoption. This is possibly due to the recent spike in COVID-19 cases across the state, which has prompted several Florida school districts, including here in the Tampa Bay, to delay opening brick and mortar schools.

The FHSAA Board of Directors began meeting at 5 p.m. Monday.

One member on the task force made mention of the intention never to fully cancel fall sports, but it could someday be up for discussion should Florida's COVID-19 situation worsen.

On Sunday, Florida surpassed 350,000 confirmed COVID-19 cases since March. Since the start of July, the state hasn't seen a day where newly reported cases were below 6,000. In fact, the last time that happened was June 28.