Union leaders said they will seek a temporary injunction and will file paperwork next week. 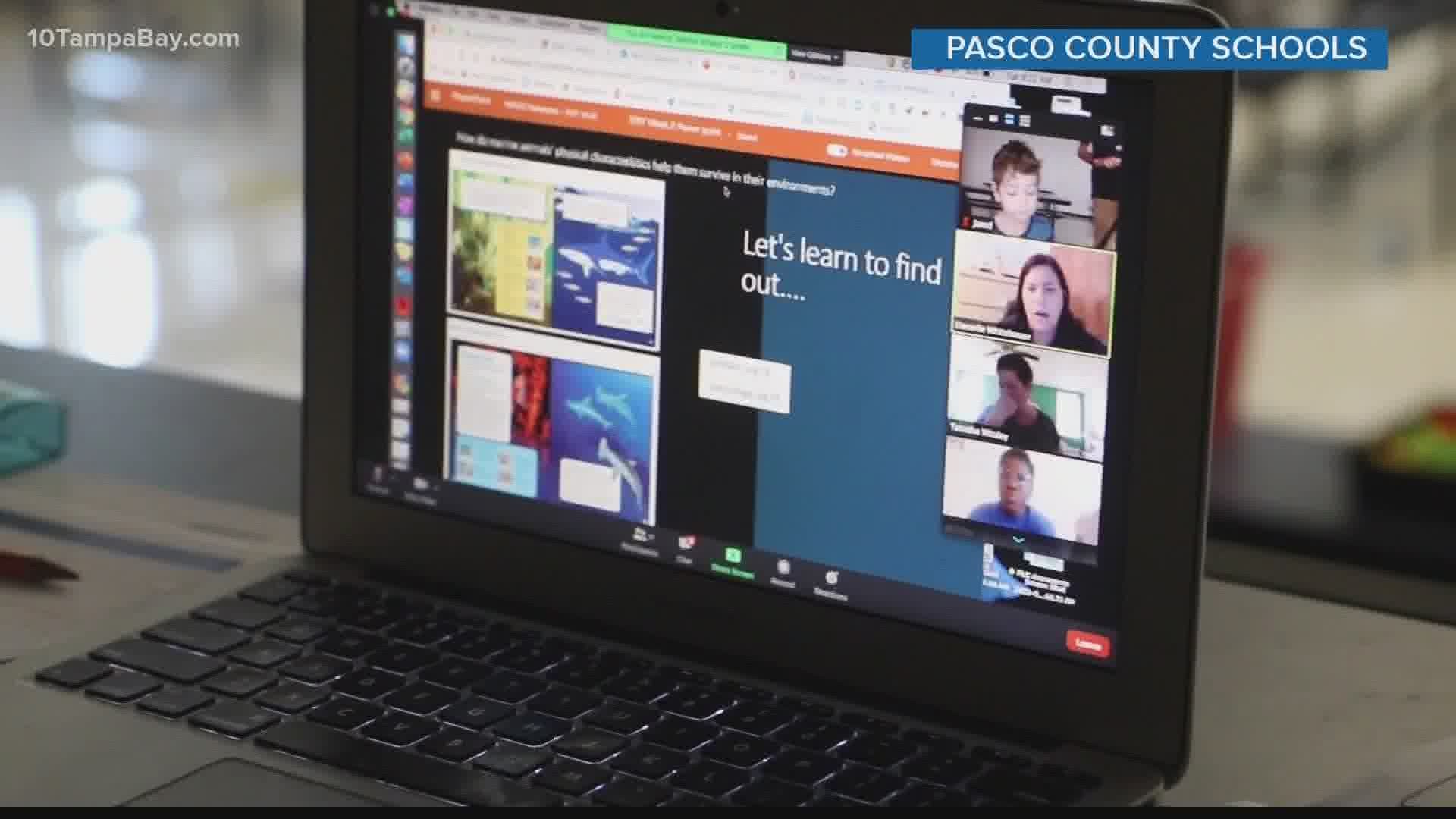 LAND O' LAKES, Fla. — After an emergency meeting Thursday night, the United School Employees of Pasco decided it will seek an injunction against the state’s order for all brick-and-mortar schools to reopen for the 2021-2022 academic year.

"With the positivity rate in Pasco County hovering at about 10 percent, we don't feel that any of the safety precautions are going to prevent the spread of COVID,” said Christine Andersen, USEP instructional vice president and teacher at Land O’ Lakes High School. “The teachers…really don't have the option to stay home. We have to go into work at my school,” she said.

Earlier this month, the state ordered districts to reopen schools in the fall, saying it will be vital for vulnerable students. However, the United School Employees of Pasco says that won't be safe.

"I'm at the elementary level as a specialist teacher. That means that I'll be seeing every student base. That means that I could be the one who might pick this up and take it to every kid in the whole school,” said Renee Marsella of Wiregrass Elementary.

These health concerns and the steady climb of coronavirus cases have pushed the Pasco teachers’ union to seek legal action.

"We are going to be seeking a temporary injunction against this emergency order that was given by the Department of Education,” said Don Peace, USEP president. “We see no need to put people's lives in jeopardy when there's an alternative solution available."

Pasco County Schools spokesman Steve Hegarty said the state gave them no choice but to re-open. In a statement he said the district is now “focused on making…campuses and classrooms as healthy as possible for the August 24 start of the school year."

The district said as of July 31, 66 percent of parents surveyed want their kids back in the classrooms. That's compared to 33 percent who prefer an online option.

MaryAnn Brini, bus driver for the district, said she understands the desire to have children back on a normal routine, but these are not normal circumstances. “Everyone wants to be back, but unfortunately, this is not a safe time for us to go back,’ she said.

Brini has been a driver for the district for more than a decade. She said drivers have expressed concerns about the number of students they will have to pick up and how to enforce social distancing on the ride to and from school.

Pasco isn’t the only district that feels forced to take legal action against the order to reopen schools.

The Orange County teacher's union recently filed a lawsuit against its local district, and the Florida Education Association is suing the state.

Peace said USEP will be filing paperwork next week. "We are looking for a little bit of common sense and some time to allow the numbers to trend downward,” said Peace.