'Someone is going to die!': Bay Area teacher takes job in retail after second attack by student

Classrooms in Crisis: Educators are being bitten, punched, kicked and facing various other abuses at the hands of their students. 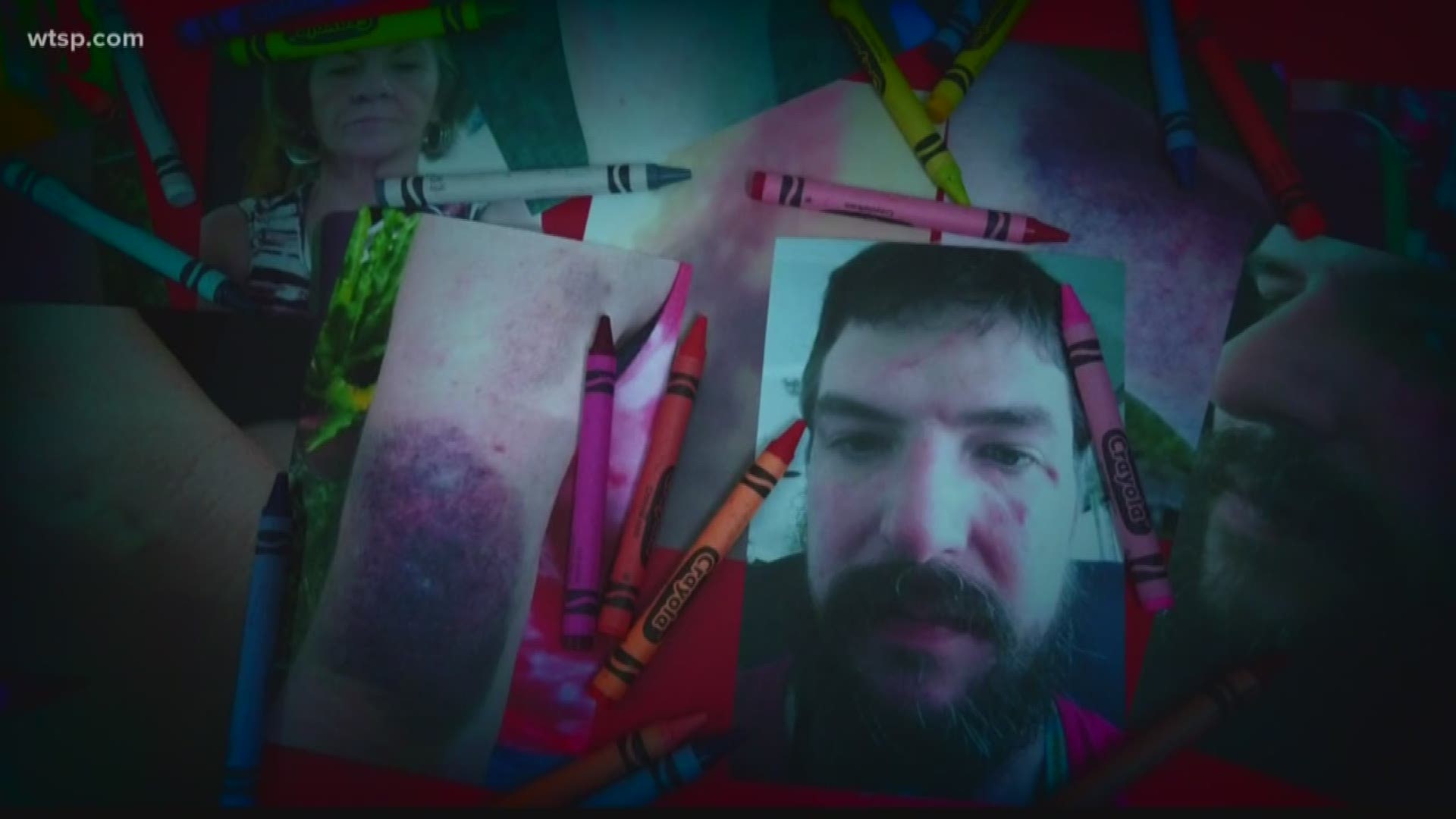 TAMPA, Fla. — In November, 10Investigates uncovered serious issues in Bay Area schools of educators being bitten, punched, kicked and facing various other abuses at the hands of their students.

We found this happening in classrooms across the Bay Area.

Most of the incidents do take place in classrooms or schools where students have special needs.

10Investigates discovered there are a lot of open positions in classrooms where extra resources are needed.

Robert Phillips worked at Nina Harris Exceptional Student Education Center as a teacher’s aide for more than six years. But what happened to him in August 2019, changed his life and career forever.

“That was me a day after being attacked,” Robert explained while looking at pictures of his bruised face.

“You can still see on my face I have scarring from being punched in the face.”

That was not the first time he had been attacked.

Robert went to school administrators about the violence, but he says he was told their hands were tied. He spoke out at a recent school board meeting, hoping the district could help.

“Who’s going to have to die before somebody does something about this?" Robert asked at a Pinellas County School Board meeting.

He resigned shortly after. He doesn’t blame the students.

“The resources we’re given is not up to task with what we are having to deal with. I’ve seen kids absolutely destroy classrooms. At the time I spoke there were vacant positions we couldn’t fill, and we were drowning,” said Robert.

The Pinellas County school district tells us currently there are no vacancies at Nina Harris. But, at the time of the attack, there were three open positions.

10Investigates reached out to school districts across the Bay Area. Many told us most of the incidents do take place in ESE classrooms or schools.

We requested ESE teacher vacancies for all 10 school districts in the Bay Area.

In Manatee County there are 5 openings, in Highlands there are eight, and in Hernando there are nine openings. There are 16 in Pasco, 22 in Polk, 107 in Hillsborough; and in Pinellas County, there are 14.

“Any injury is an issue and something we take seriously,” Beth Herendeen with the Pinellas County School District told Jennifer Titus.

“We’re constantly evaluating the training that we do. We do have multiple levels of training both for ESE and non-ESE staff. We do really focus on prevention,” said Herendeen.

For Robert, he says his only option was to quit. He says he still thinks of what he experienced.

“I still think about it when I’m in the shower. Nobody is going to beat me up today,” he told Titus.

He hopes someone is paying attention to his and other teacher’s complaints, so attacks like this don’t happen again.

There is no statewide tracking system on injuries caused by students.

We are still waiting to hear from the Education Commissioner on this issue and want to get his thoughts on the number of openings in special needs classrooms.

The latest from 10Investigates: