The boy's mother said her son normally doesn't stand for the pledge, but last week he had a substitute teacher, who instructed him to stand up. 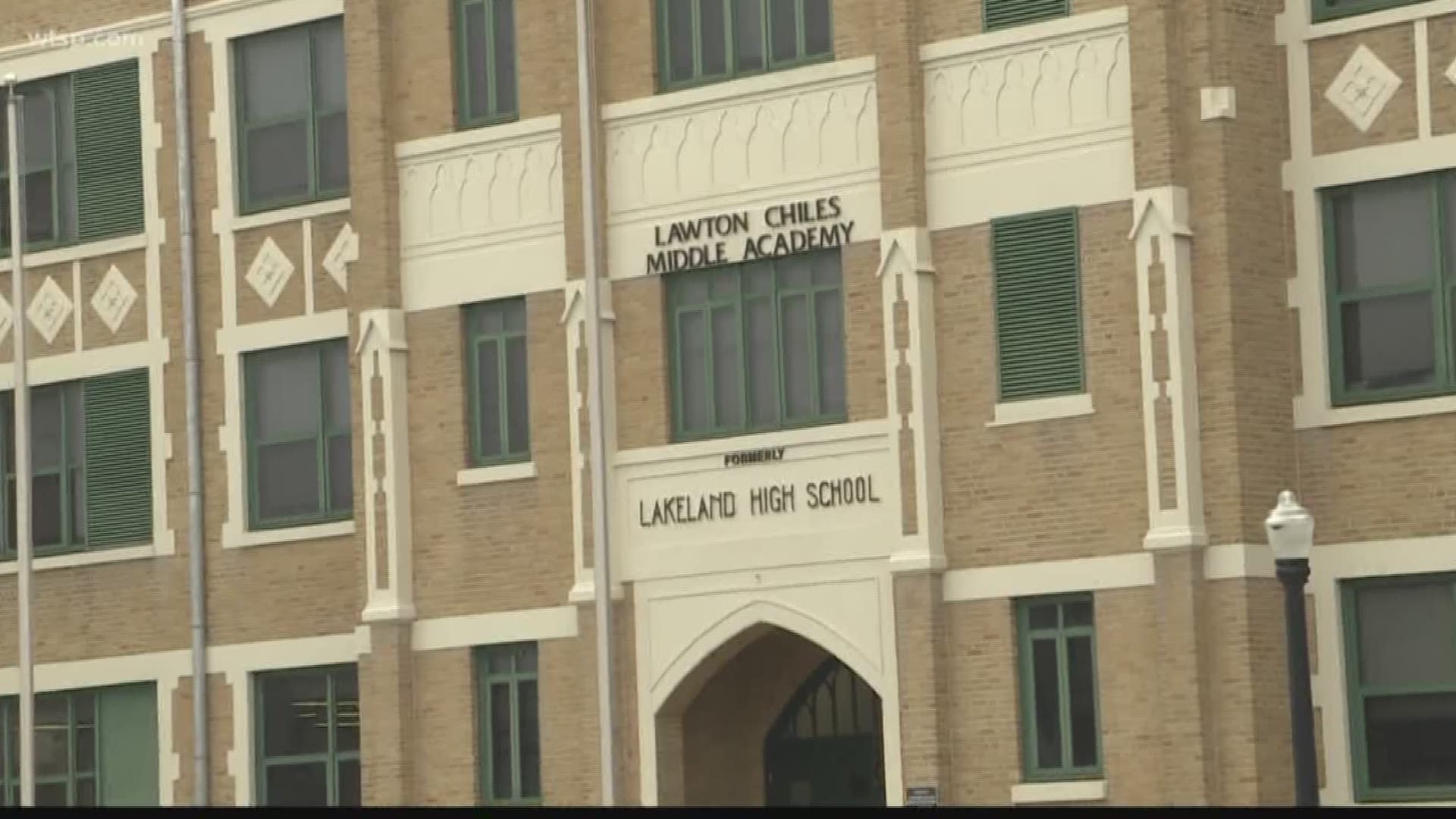 LAKELAND, Fla. — A middle school student is facing charges after an argument with his teacher over the Pledge of Allegiance.

An 11-year-old student at Lawton Chiles Middle Academy in Lakeland refused to stand for the Pledge of Allegiance, and the teacher confronted him over it, according to an arrest report.

“My son was arrested in front of his classmates,” the boy’s mom, Dhakira Talbot, said as she wiped away tears.

Talbot said her son normally doesn't stand for the pledge, but last week he had a substitute teacher who instructed him to stand up. According to the arrest report, the boy told the sub he wouldn't stand "because the flag of this country is racist."

That's when it escalated. The teacher called the main office. A school resource officer and the school's dean showed up.

According to the arrest report, the child initially refused to leave but eventually relented. The report says the boy cried and screamed, "I'm going to beat that teacher," and "I'm going to get all of you fired."

“He was being treated like he did something wrong when he's the victim,” she said.

The student was charged with disrupting a school function and resisting an officer without violence, which are misdemeanors.

The Polk County School district told 10News that students aren't required to stand for the pledge, but the substitute didn't know that. The district said it is looking at how substitute teachers are trained, and that particular teacher won't be allowed back in any Polk County school.

“The sub will never teach again, but look at the impact it's had on my son,” Talbot said.

The boy's mom wants the charges dropped. The school suspended him for three days, but Talbot has already moved him to a private school.

RELATED: 'It really touched my heart': Firefighter reacts to photo of boys saying pledge during flag raising at fire station