3 horse slaughters in 3 counties in 3 weeks. Why?

Agencies across the state are working together to investigate potential connections between the slaughters in Marion, Manatee, and Sumter counties. 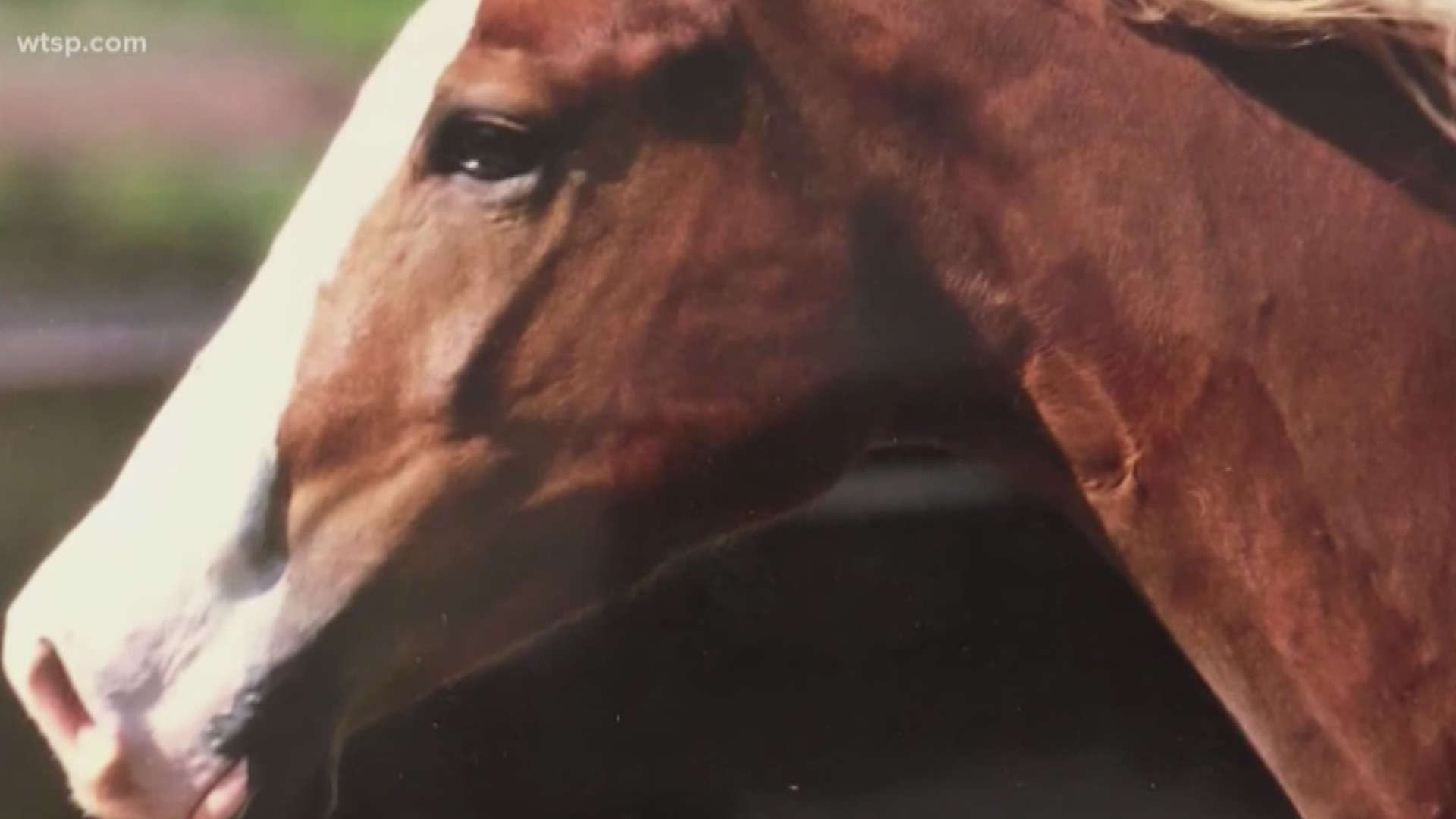 With a recent spike in horse slaughters across the state of Florida, law enforcement agencies are working together to determine if there's any connection.

"We’re now really trying to warn the people that have these valuable horses to take the precaution, make sure they’re not leaving them out in a field too far away," said Randy Warren with the Manatee County Sheriff's Office.

An Ocala woman said her horse was attacked and killed on Thanksgiving.

It was a call from the person who boarded Tammy Davis’ horse HotRod that first let her know something was wrong. Davis says she was already on her way to feed HotRod and her other horse when she was told her prized horse was found dead.

What she saw when she got there was worse than she imagined: Her horse was butchered. She said the cuts on him were clean -- and on both sides of his body. It was clear this was not some kind of wild animal attack.

The Manatee County Sheriff's Office released video of a "person of interest" seen walking up to stables where a horse was stolen and later slaughtered.

They believe he broke through a locked gate on a woman's property in Palmetto and took the horse. The woman and deputies later found the horse in a nearby field.

The horse had been slaughtered for its meat, the sheriff's office said.

Manatee County investigated a similar incident in 2015, but nvestigators never made an arrest.

In a statement, the Sumter County Sheriff's Office said it's investigating a case of a horse being killed.

"We are currently investigating an animal cruelty case that involved a horse being stolen and harvested for meat, from the Sumterville area. Although this is the only incident in Sumter County, through the investigation we have learned it is on the rise throughout the state," the agency said.

Horse owner Tamara Weaver told Orlando station WKMG that their beloved horse Jayda was found dead near where they boarded her.

Why is this happening and what are they doing with the meat?

10News is looking into why there's been a recent spike in horse slaughters in Florida.

"We really don’t know in terms of where the meat ends up. There is some type of demand for it. There is a market for it," said Warren.

According to a 2013 CBS report, in many other nations outside the United States, eating horse meat is no big deal -- and in some cultures, it's even considered a delicacy. Mexico, Switzerland, Kazakhstan, Belgium, Japan, Germany, Indonesia, Poland and China are among the countries where many people eat horse meat without a second thought.

According to the South Florida SPCA, horse meat is not safe to consume. Because American horses are not raised for food, they are routinely administered numerous drugs, including phenylbutazone. It's basically horse aspirine that's also known as bute. The SPCA says bute is a known carcinogen with serious, long-term health effects. These drugs are so toxic to humans that the FDA bans their use for food animals.

Laurie Waggoner is the founder of the South Florida SPCA. She gets reports of horse slaughters about twice a month.

"It’s an extremely lean meat, it doesn’t marble the way beef does and people think it can cure anemia and high blood pressure and all kinds of diseases."

Even though it's illegal in Florida, Waggoner says horse meat can sell underground for $7-$8 per pound.

Waggoner recommends horse owners in Florida put up cameras, keep their horses close to their houses, and if you have a dog that starts barking, go check out the area.

RELATED: A horse was killed. Florida investigators say it's becoming a terrible trend.