Mom's 'aggressive hand gestures' on I-75 led to a deadly crash: FHP

The Florida Highway Patrol said after she made the gestures, she lost control of her SUV and crashed. She later died, and her two kids were hurt. 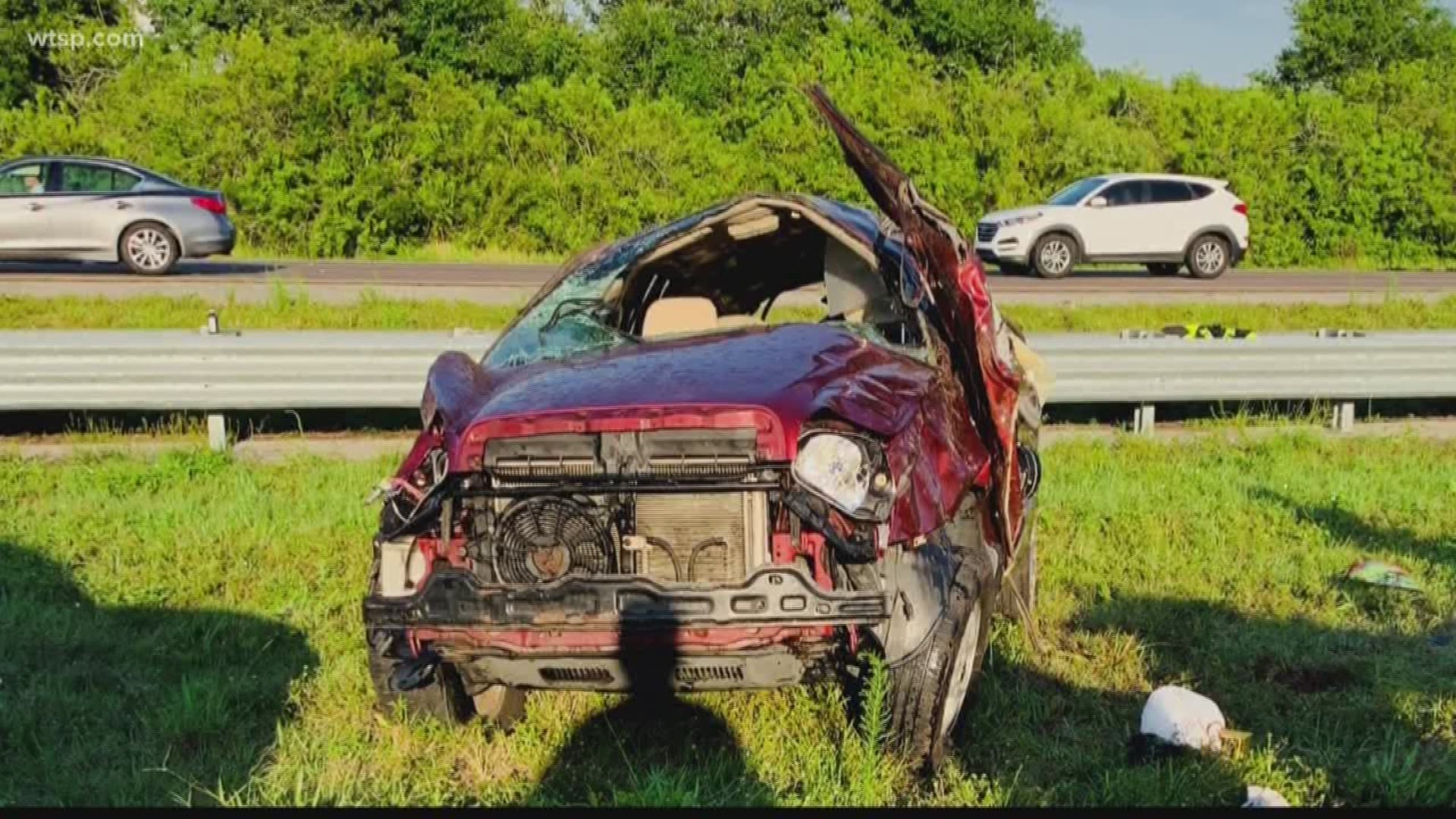 SUN CITY CENTER, Fla — A woman who made "aggressive hand gestures" at another driver on the highway ended up losing control of her SUV in the process, leading to her death.

The crash happened just before 6:30 p.m. Tuesday on Interstate 75 at State Road 674 in Hillsborough County, according to the Florida Highway Patrol.

The woman, a 27-year-old from Ruskin, Fla., was speeding south on I-75 and overtook a slower car. In the process, troopers said she made "aggressive hand gestures" toward the driver for them to get out of the lane.

She then lost control of her Hyundai Santa Fe, causing it to flip several times in the median.

Rescuers took her to an area hospital, where she later died from her injuries.

Her two sons, ages 6 and 10, also were inside the car and hurt. They are expected to be OK.

The southbound lanes of I-75 were closed for several hours. They reopened just after 9 p.m.