The City of Clearwater is sending out a call to artists who can literally help paint the town. 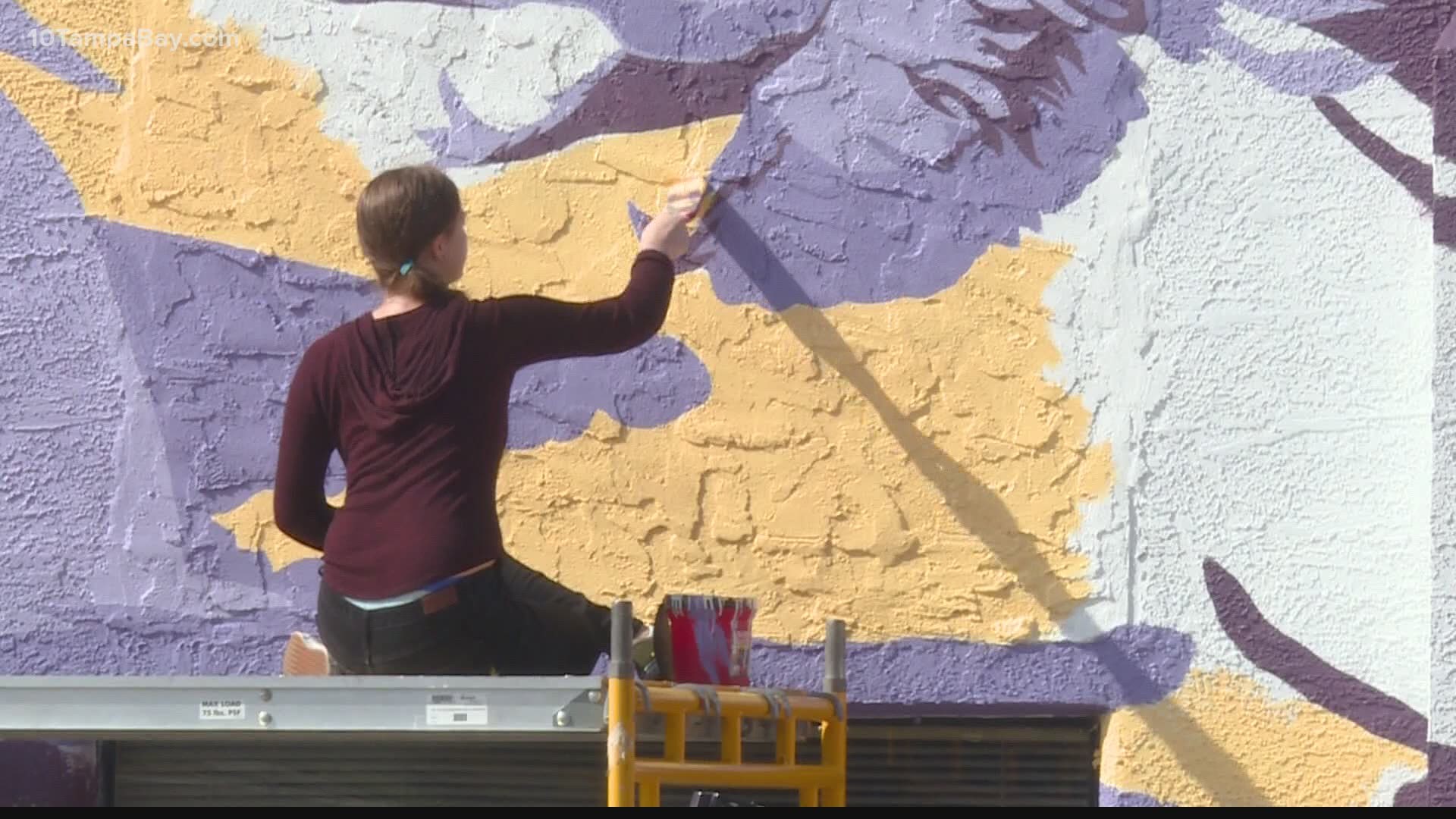 CLEARWATER, Fla. — The City of Clearwater is sending out a call to artists who can literally help paint the town.

The city has launched a new phase of its mural program and is looking for designs that will not only beautify the downtown area, but perhaps make it a destination for those who enjoy the outdoor artwork.

Clearwater is sending out a call for creativity to those with the talent and vision to turn a downtown intersection and five blank walls in the city’s downtown - into works of art.

“We are really trying to enliven our public spaces. And murals are a great way of doing that,” said Hubbard.

This is phase two of Clearwater‘s mural program. The first, completed a year and a half ago, featured four designs inspired by Clearwater‘s past, present and future. This time, they’re looking for six designs that draw on the city’s history, signature events, and its physical environment as sources of inspiration.

“They also give us a new look at buildings that we’ve seen for a long time and gotten used to seeing in the background,” said Hubbard. “By placing a mural on that business or building, it gives it a new fresh perspective to the public.”

Clearwater hopes the murals will give people another reason to visit what’s often perceived as a struggling downtown despite its charm and waterfront location. Voters have cited the Church of Scientology’s reach and impact as a concern.

“You know, the elephant in the room is that the Church of Scientology bases their international operations here in Clearwater,” said Hubbard. “That’s just one slice of what Clearwater has happening downtown.”

Clearwater hopes that the murals will transcend any past perceptions and give people a reason to tour and explore the same way that the outdoor artwork has in other nearby downtowns like Tampa and St Petersburg.

“And if they come for the murals, that’s great. Stay for dinner,” said Hubbard.

Clearwater’s Community Redevelopment Agency will even be chipping in between $5,000 and $20,000 per mural depending on the size and complexity of the design.

Applications are being taken now through Sept. 1. Local, national and even international artists are invited to apply.

“We want to get people to come downtown and spend some time here,” said Hubbard. “And they will find it a totally different place than what they may have heard of or may have seen in the past.”