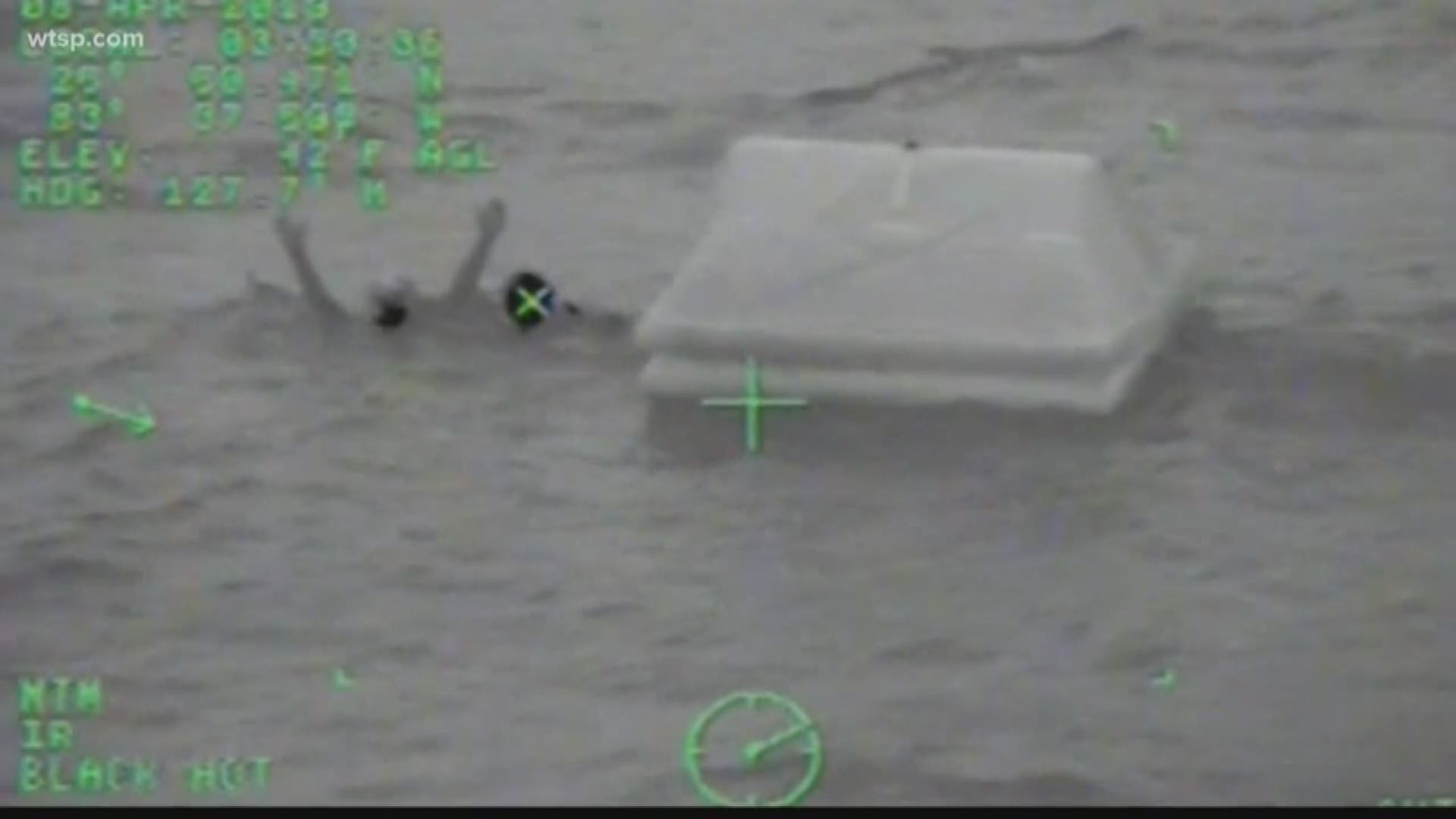 CLEARWATER, Fla. — Three men were clinging to a life raft in the Gulf of Mexico for more than two hours before Coast Guard crews were able to rescue them.

The mayday calls first came in around 1:52 a.m. Monday. Two cruise ships also reported hearing mayday calls near their locations. Shortly after, a Jayhawk helicopter crew and an HC-144 Ocean Sentry airplane crew were launched to respond to the calls.

Miami watchstanders received notifications from an Emergency Position Indicating Radio Beacon around 2:28 a.m. registered to the 32-foot fishing boat Miss Saturia. The Coast Guard was able to contact the boat's owner, James Glover, who said the three men took the boat out for a fishing trip.

The two rescue crews spotted the men's strobe lights and flares and were able to rescue the men. The Coast Guard said no injuries were reported, but the men had been in the water for more than two hours.

"They did everything correctly," Lt. Tyler Dewechter, one of the Jayhawk pilots, said in a release. "The men were familiar with their safety equipment including strobe lights, EPIRB, flares and the life raft. They knew where the equipment was located, which allowed for our quick response."