Thousands of people are expected to take the trip to the Space Coast and, hopefully, good weather prevails. 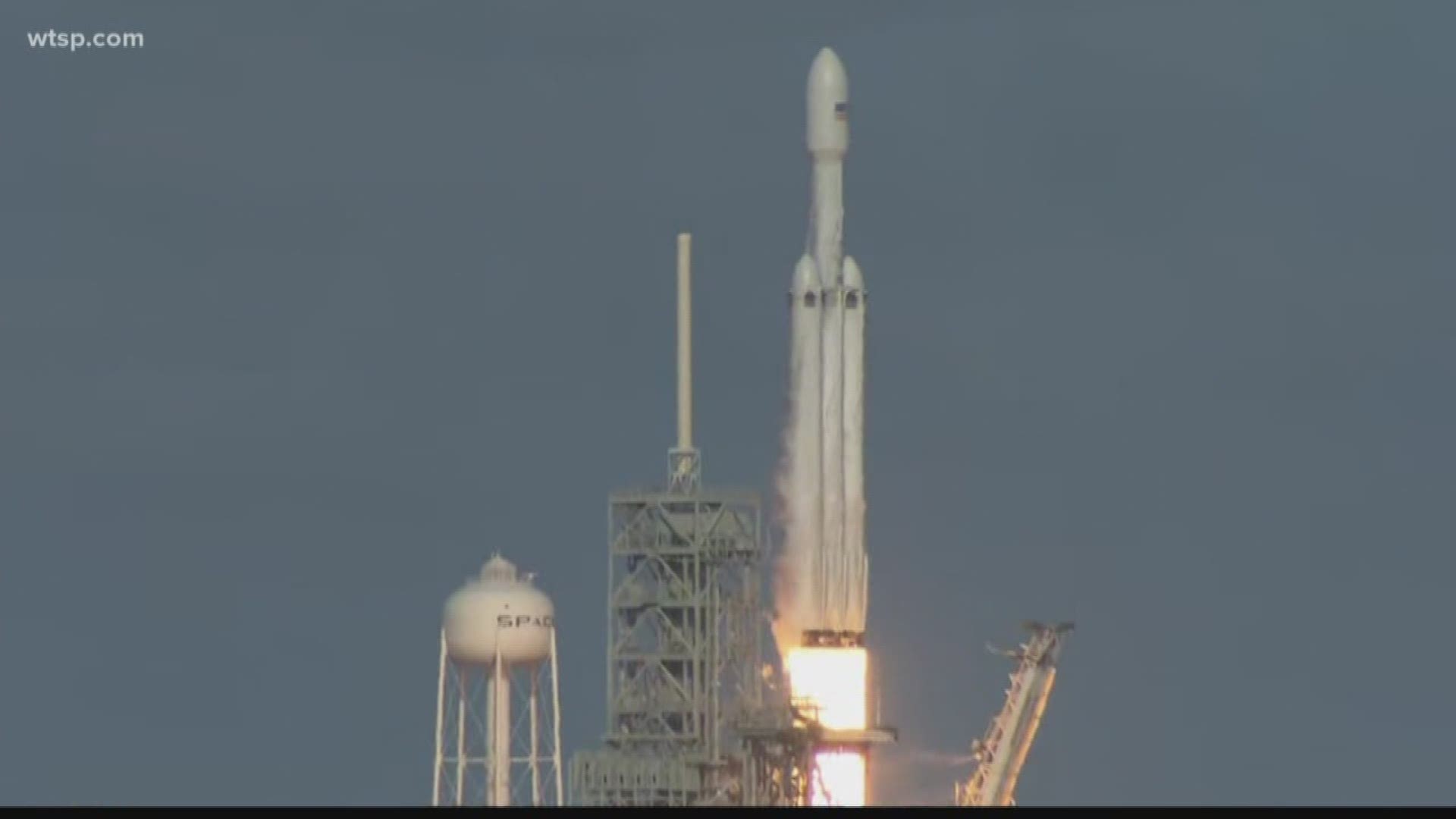 Now, the rocket is scheduled to launch at 6:36 p.m. ET Wednesday from the Kennedy Space Center in Cape Canaveral, Florida.

Original Story on April 7: It'll be history in the making, part two, this week on the Space Coast -- only if the weather cooperates.

Showers and thunderstorms -- especially some pesky lightning -- could make it difficult to launch the rocket during a window between 6:36-8:35 p.m.

The forecast greatly improves for Wednesday, with an 80 percent probability of good conditions for launch.

Following last year's successful demonstration flight, Falcon Heavy is scheduled to carry the Arabsat 6A communications satellite this week from Kennedy Space Center. It is to bring internet, mobile phone and telephone service to parts of Africa, Europe and the Middle East.

If the launch goes off without a hitch, the rocket will have no problem bringing its payload to orbit. Falcon Heavy currently is the world's most powerful rocket, made up of three Falcon 9 rocket boosters with 5.13 million pounds of thrust from 27 Merlin engines.

That means it could carry a mass greater than a 737 jetliner filled with people, luggage and fuel from the ground and into space.

After liftoff, like last year, two side boosters are expected to fall from Falcon Heavy and perform a mesmerizing dance while returning to Cape Canaveral for landing.

Thousands of people during the first launch erupted in cheers upon hearing twin sonic booms.

The third center booster is expected designed to fall back and land on the Of Course I Still Love You drone ship positioned in the Atlantic Ocean.