Magli is the first Pinellas deputy killed in the line of duty since the agency was established in 1912. 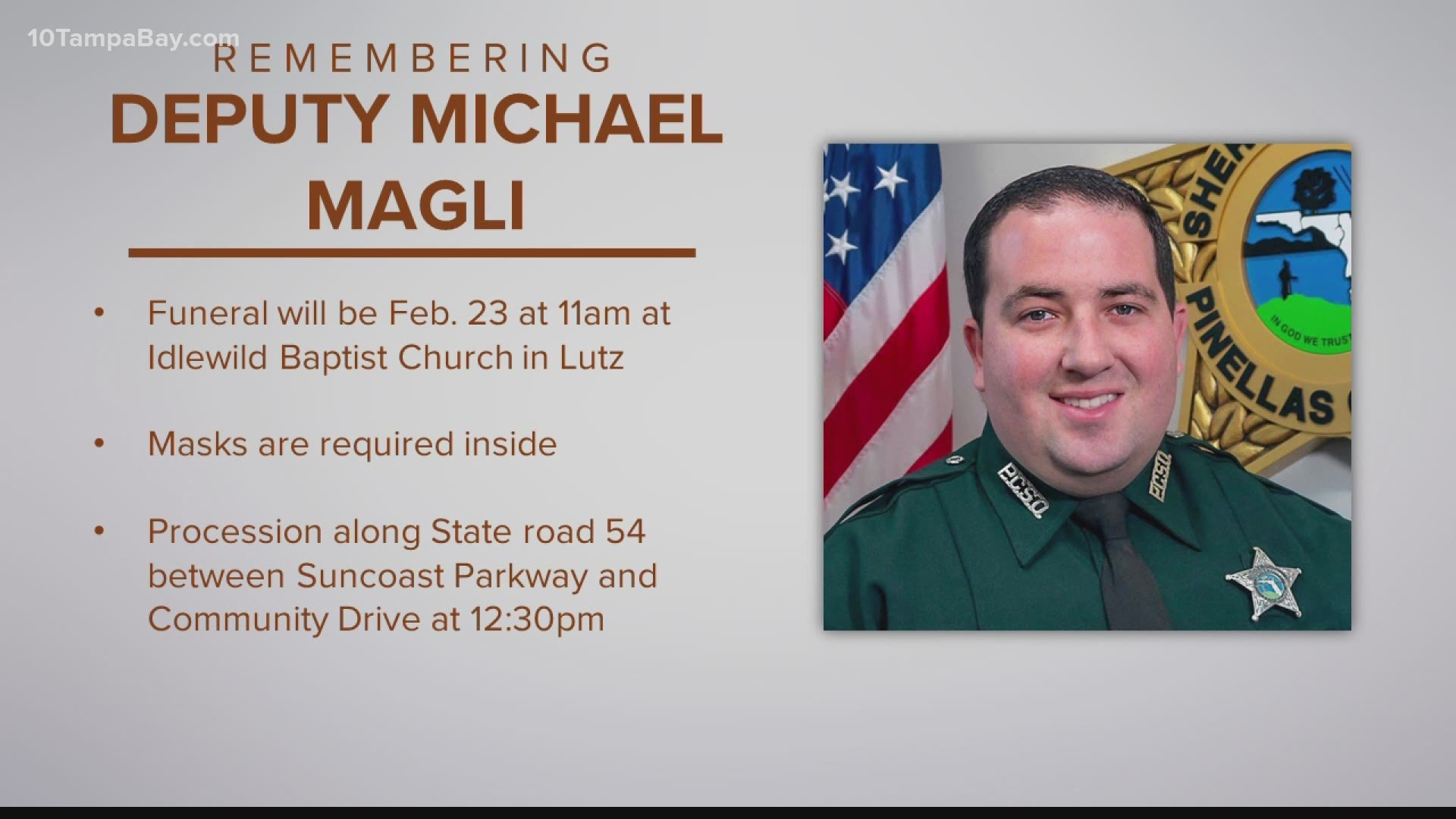 PINELLAS COUNTY, Fla. — Gov. Ron DeSantis ordered flags in Pinellas and Pasco County to be lowered to half-staff Tuesday in honor of Pinellas County Deputy Michael Magli who was killed in the line of duty.

DeSantis issued the proclamation Monday saying, "Deputy Magli will be remembered as a hero for his dedicated sacrifice to protecting the community."

Magli, 30, was killed last Wednesday while trying to deploy "stop sticks" to end a chase with a suspected drunk driver in Tarpon Springs. Investigators say 33-year-old Robert Holzaepfel had earlier been found slumped over at a red light – but took off when firefighters smashed his window, leading to a pursuit that ended with him crashing into Magli near the intersection of East Lake and Forelock roads.

The deputy was pinned under his SUV and died.

Magli began working with the Pinellas County Sheriff's Office in 2013. He is survived by his wife, two young children and his parents.