The proposal also bans the use of expanded polystyrene, also known as Styrofoam, by food service providers on city property. 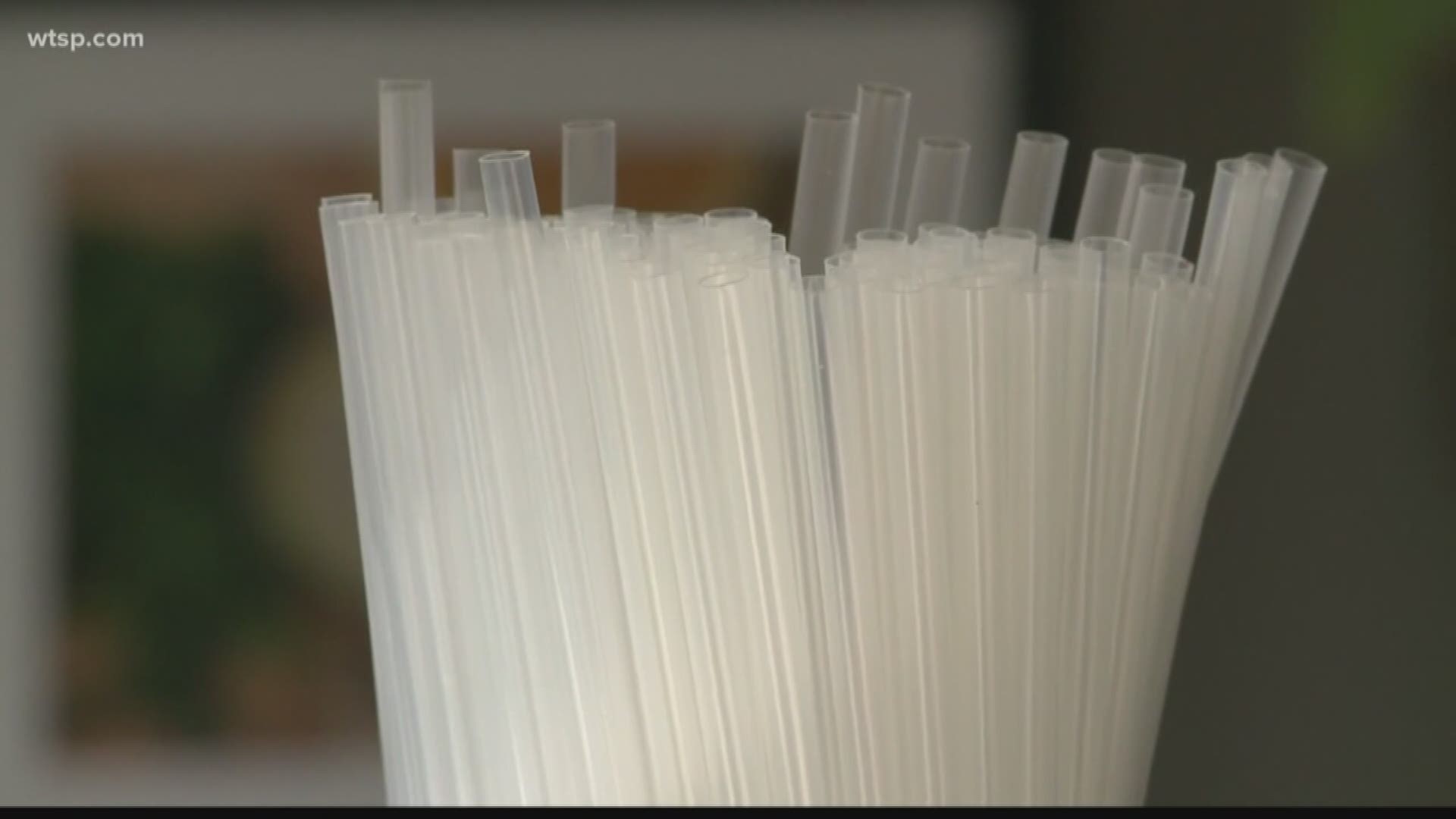 The proposed ordinance would take effect on Jan. 1, 2020, if it is passed.

Driscoll said Wednesday during a phone call with 10News that she expects the proposal to pass.

Several St. Petersburg restaurants and businesses have already voluntarily done away with plastic straws as part of the citywide campaign entitled “No Straws St. Pete.” Others provide plastic straws only at the request of patrons.

Under the proposed regulations, first-time offenders would receive a written warning. Second offenses – within a year of the first – would receive a $40 fine. The third offense would be an $80 fine. Businesses have 30 days to correct the violation.

“The real priority is to build awareness and educate,” Driscoll said. “ “Once people know what the problem is, they’re okay with being part of the solution.”

Driscoll said the city's enforcement will be complaint-based only, and not by the "plastic-straw police."

The big reason for the ban on plastic straws is they are polluting waterways. They are often found in the digestive systems of fish and marine life. Plastic straws also take thousands of years to decompose.

Many have seen the video online of a straw pulled from the nose of a sea turtle.

“There is some concern out there, but part of our education and outreach effort is focused on helping business owners find solutions,” Driscoll said.

“If you’re giving straws only by request only, you’re saving money right there,” Driscoll said.

Driscoll said one restaurant owner she talked to saved 75-90 percent on the cost of straws when it switched over to providing them upon customers' requests.

Last month, the St. Petersburg's Health, Energy, Resilience, and Sustainability (HERS) Committee also met to consider placing a fee on single-use shopping bags, which includes both plastic and paper. The committee decided to continue its discussion for the proposed single-use bag ordinance during its meeting on Jan. 10, 2019.