Former residents of Clearwater Heights say a small cemetery use to be on the same property as the FrankCrum Staffing campus. 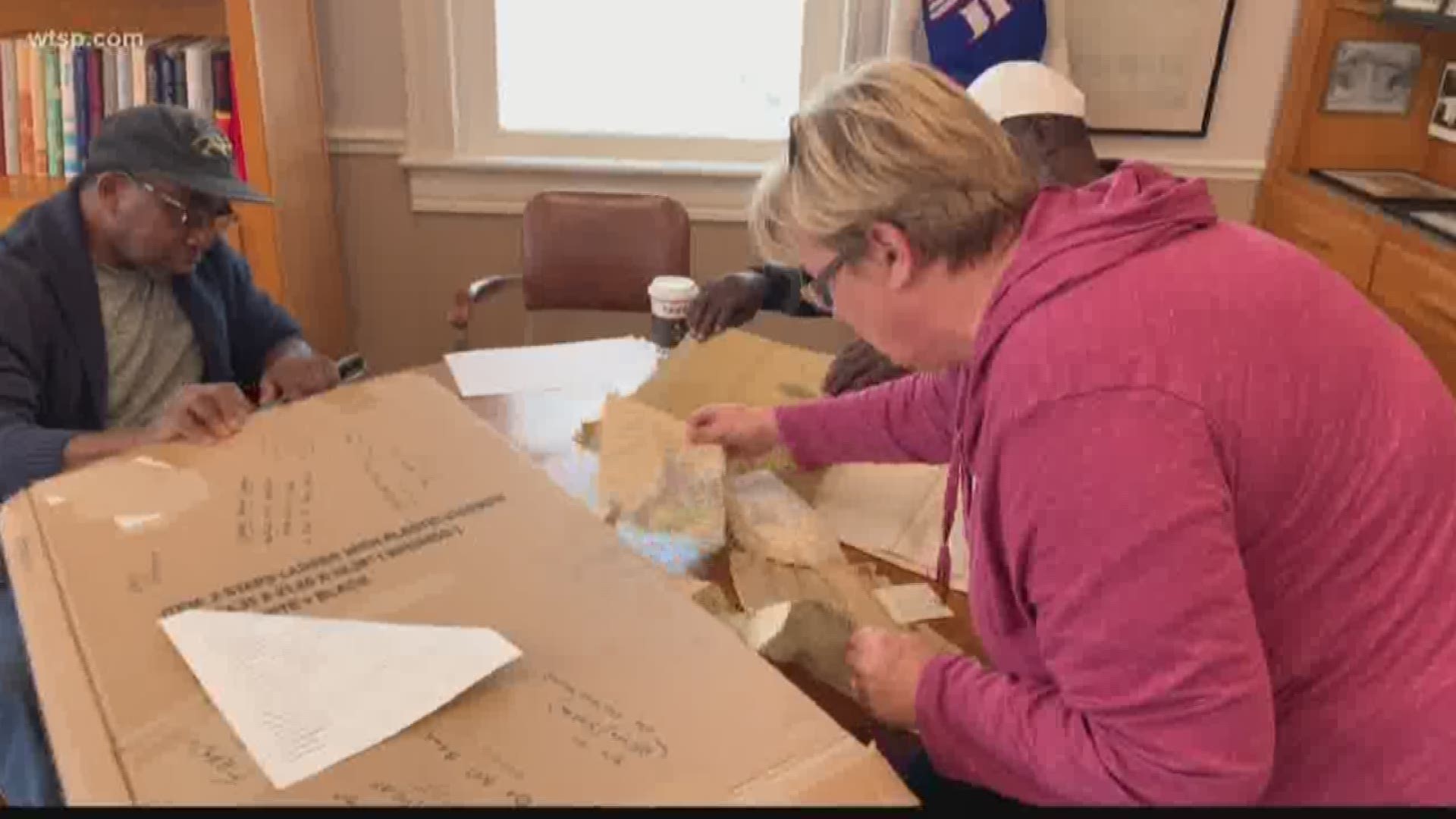 CLEARWATER, Fla. — Inside the Clearwater Historical Society Museum, a larger-than-life mystery is unfolding as historians and neighbors work to find out what happened to a long-forgotten African American cemetery that’s been missing for years.

"We figured out where the address was from the old city directories," said Allison Dolan, board president of the Clearwater Historical Society Museum. "Then from there, we're going through all the plat books to find out where it was named, and what happened?”

It’s a mystery Dolan has committed herself to solving ever since she connected with the Clearwater Heights committee, a group of neighbors from an African American neighborhood that was razed in the name of urban renewal.

The group formed a few years back and became increasingly curious about what happened to the unnamed, segregated cemetery near Madison and Gould.

However, the “what” is only part of the story if its disappearance. They also want to know “why.”

"My thoughts are it stemmed from greed, hate and disrespect of human life,” said Barbara Sorey-Love, Clearwater resident and Clearwater Heights native. "Our research has shown us that there are still bodies there and we would like to rightfully have that acknowledged as well as have a memorial put on that site."

Today, the Clearwater Heights committee believes the space sits on property owned by the FrankCrum staffing firm along Missouri Avenue. Angie Garcia, a spokesperson for the company, said over the phone that they first became aware of the possibility of a cemetery on their site through the Tampa Bay Times. She said the company was not aware of a possible cemetery, but is talking to the historical society to better understand what could remain.

Garcia said there are reports that bodies were moved in the 50s, but there was no documentation of anything left behind. However, after 127 coffins from the early to mid-1900s were detected under a public housing site in Tampa just this summer, Clearwater Heights committee members realize documentation doesn’t always tell the full story.

"This is something that grieves our spirit when we hear of our ancestors being treated the way they were,” said Carlton Childs. “And knowing that it's still happening, even today in 2019 going into 2020, we're still being mistreated. "Martin Luther King had a dream. The dream is coming alive, but we ain't got there yet. We got work to do."