If approved, Todd Bowden will be out on Dec. 31. 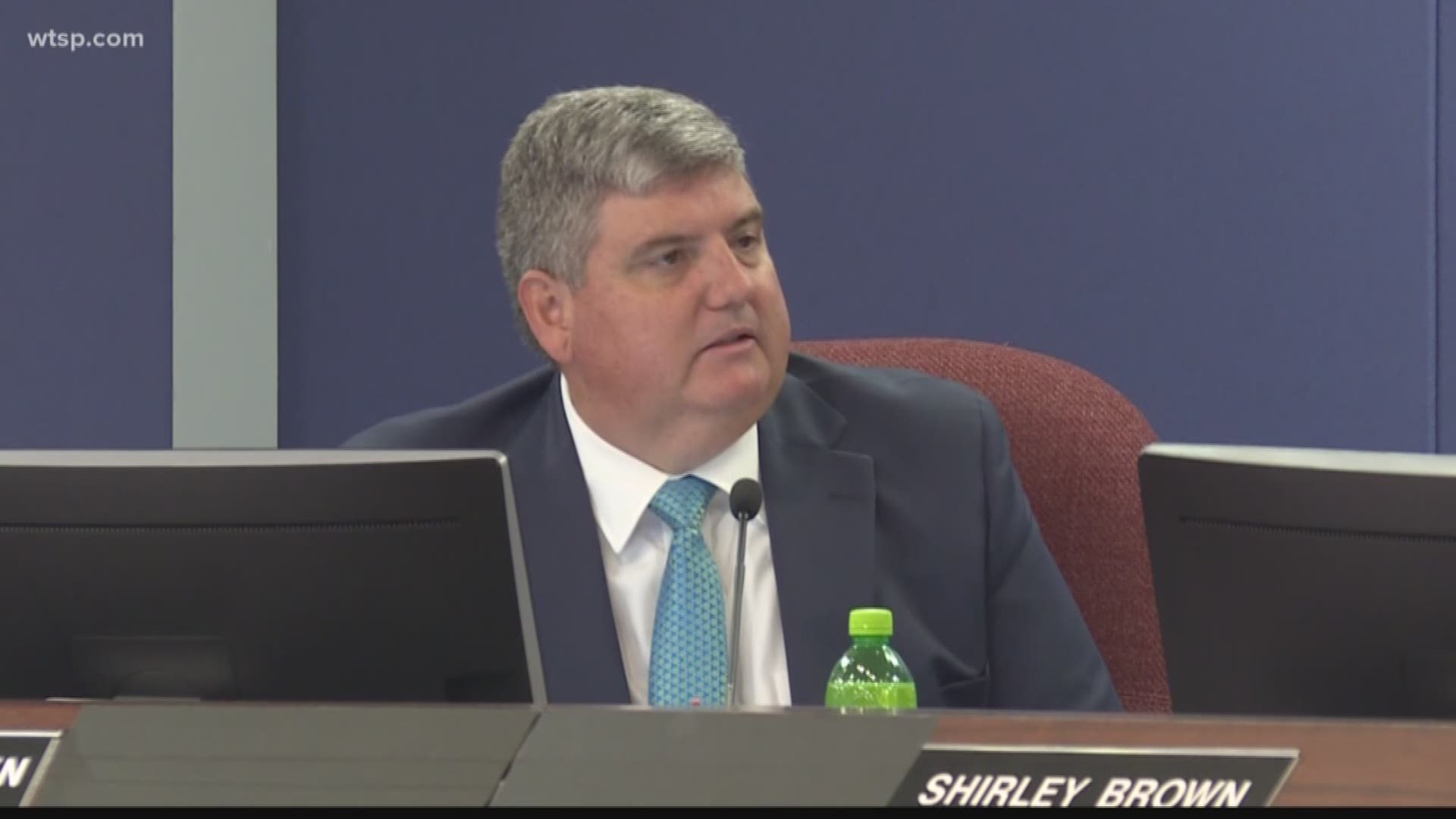 SARASOTA COUNTY, Fla. — The Sarasota School Board has reached a mutual agreement to part ways with embattled superintendent Todd Bowden.

Bowden’s job has been on the line since an independent investigation revealed his role in the handling of sexual harassment claims against assistant superintendent Jeff Maultsby.

Maultsby was fired – but the board still had to decide what should happen to Bowden.

The investigation stated the Sarasota Schools superintendent was responsible for the district’s failure to promptly and adequately address claims the claims – and the retaliation and threatening behavior that followed.

On Nov. 4, the board informed Bowden of its intention to either suspend or fire him. Bowden responded with a counter-offer or sorts. He wanted a new job title with a 10-year contract – and a $180,000 salary. He also wanted a severance package, and he asked the board to cover his legal fees.

Now, the board has reached an agreement with Bowden.

It calls for Bowden to be immediately placed on paid administrative before he is officially fired at 11:59 p.m. on Dec. 31. Until then, he would have no job responsibilities except to answer questions from the board and to assist an acting superintendent transition into the role.

Bowden would receive a severance package – totaling 20 weeks of salary and benefits – in a lump sum. The board would also reimburse his attorney fees to the tune of more than $65,500.

The agreement will now go the full board for a vote. Chief Operating Officer Jody Dumas will become the acting superintendent. 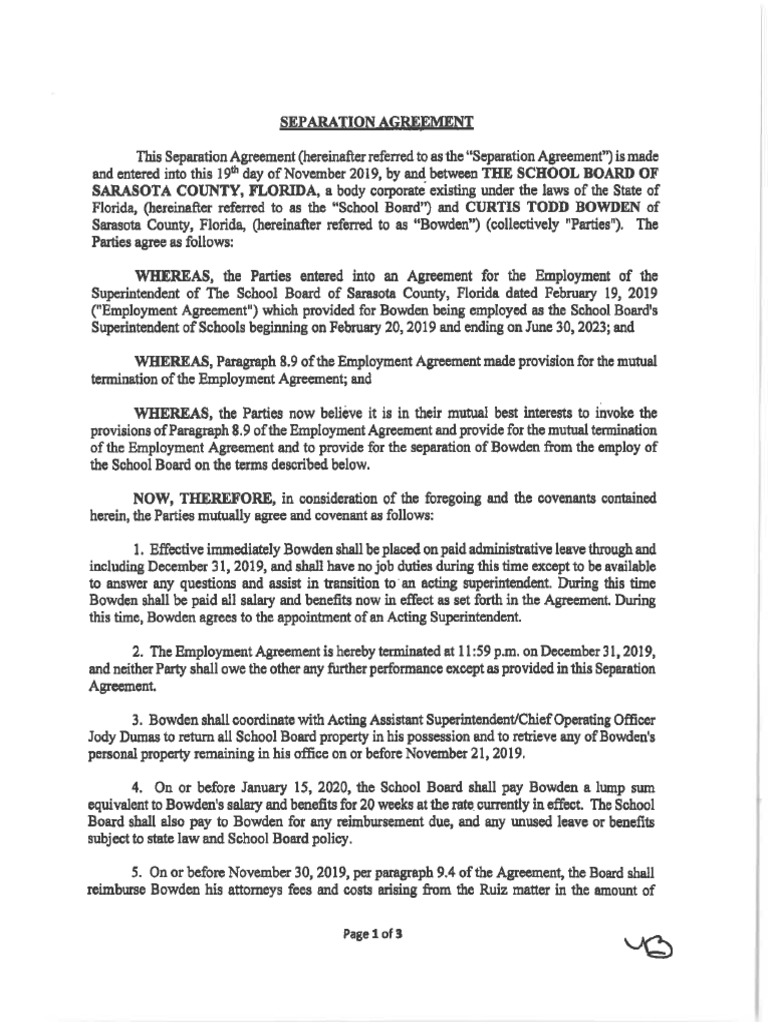 If you're having trouble viewing the document above, click here.

“For the last three years, I have thoroughly enjoyed serving this incredible school district as superintendent. During my tenure, we have not only maintained our tradition of excellence as an A-rated school district but have also developed new programs and processes to ensure the success of every student, every day.

"From increased graduation rates for college and career-ready seniors to summer learning academies that help our youngest of students and their families learn, to food programs that help end hunger in our community, the work our administrators, teachers, and staff do to improve the lives of our children is extremely commendable, and it has been an honor to serve as superintendent.

"Regardless of what transpires today, I believe I have served the District honorably, and I look forward to continuing to serve our schools and further advance academic achievement for our students.”

RELATED: This isn't the first time Sarasota superintendent has been investigated