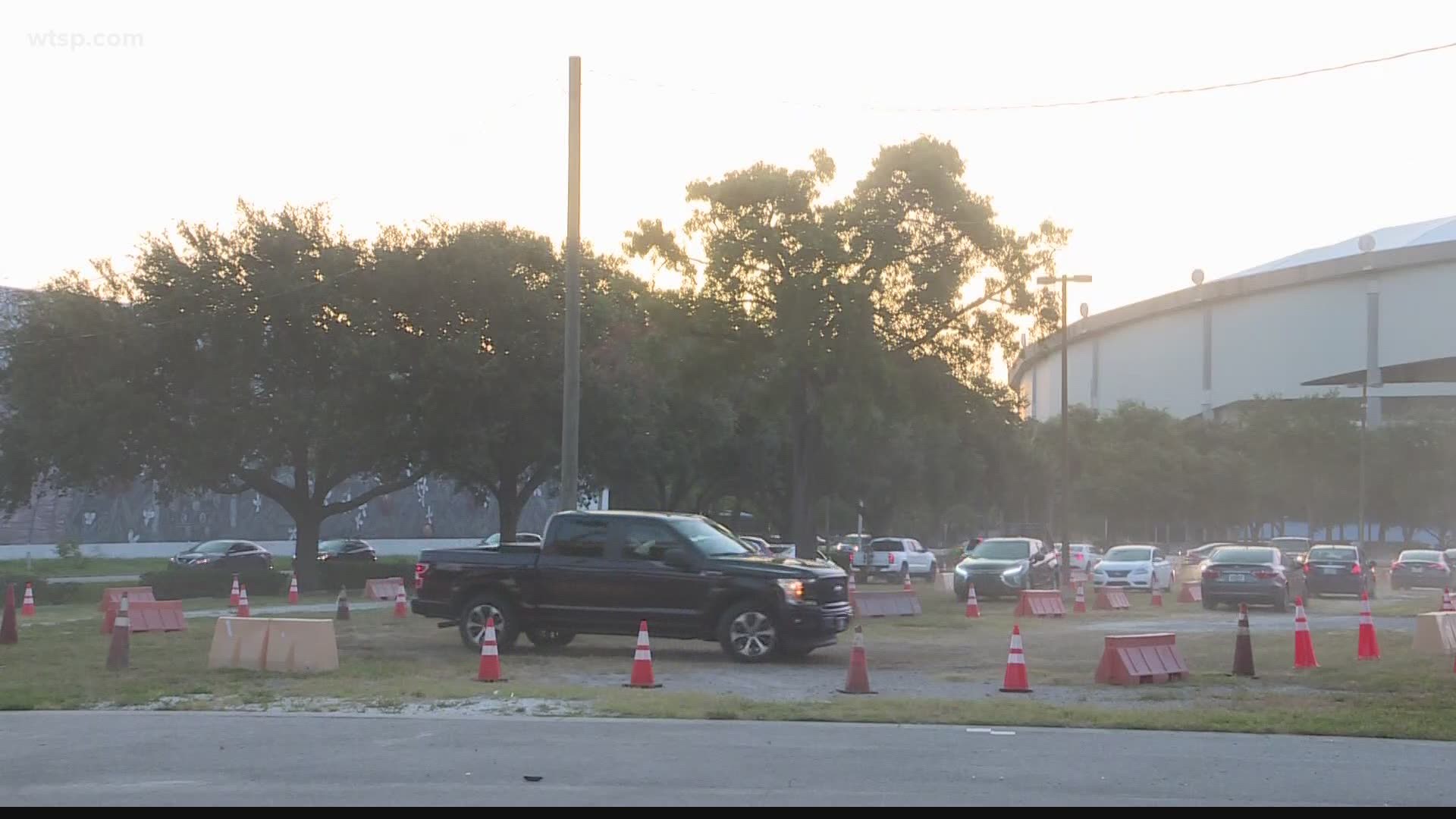 His response came after the brand new drive-thru testing site at Tropicana Field closed about an hour after it opened because it had already reached capacity.

The new testing site opened as a replacement to BayCare's testing site at the Carillon office complex in north St. Pete. The site had been running for 14 weeks, but saw triple the demand in a week, which caused traffic problems for surrounding businesses.

BayCare said the site tested more than 700 people in its last two days of operation.

Tropicana Field opened at 7 a.m. Monday, only to close shortly after 8 a.m. It's set to reopen tomorrow at 7 a.m.

"The Tropicana Field testing site replaced the Carillon site which served us well for a while. The testing capacity is disappointing," Kriseman tweeted Monday morning. "We are working with the state to bring additional, expanded testing with Saturday and evening hours to another St. Pete site ASAP."

RELATED: FEMA reportedly warning states not to use $10.2M worth of COVID-19 testing kits made in 'unsanitary conditions'

RELATED: A look inside the two zip codes with the highest COVID-19 numbers in Pinellas County