An amendment changes the Florida Constitution if it receives 60-percent voter approval. 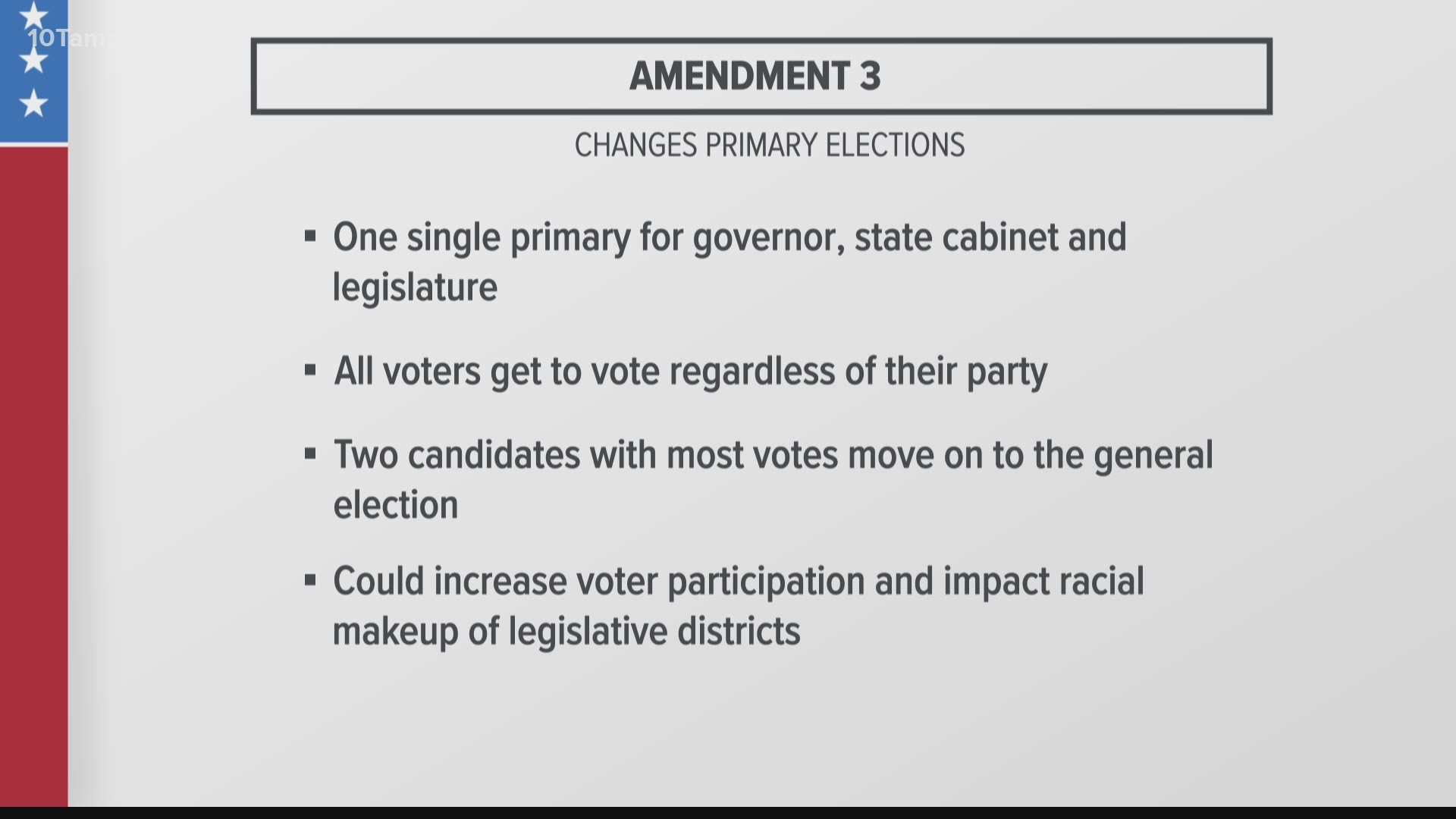 ST. PETERSBURG, Fla. — Voters in Florida have a unique chance to directly alter the state's constitution up to six times this election cycle with six amendments on the ballot.

These constitutional amendments include four introduced by citizen initiatives and two others by the Florida Legislature. An amendment passes when it receives 60-percent approval from voters.

One amendment this year, Amendment 4, tweaks this very process by which the state's constitution can be changed. You can see the details of it and the others by scrolling down.

Summary: “This amendment provides that only United States Citizens who are at least eighteen years of age, a permanent resident of Florida, and registered to vote, as provided by law, shall be qualified to vote in a Florida election.”

What does this mean? The Florida Constitution, Article VI, Section 2, currently states “every citizen of the United States who is at least eighteen years of age and who is a permanent resident of the state, if registered as provided by law, shall be an elector of the county where registered.”

Instead of “every citizen,” the text would read, “only a citizen.”

A group called Florida Citizen Voters, a Florida-based political committee, sponsors the amendment. According to its chairman, John Loudon, the change in language is necessary because it challenges any future local laws that allow noncitizens to cast ballots, he told The Washington Post. The outlet found Loudon and his wife are supporters of President Donald Trump.

Noncitizen voting already is illegal in Florida, said a spokesperson for Gov. Ron DeSantis while speaking with the Post.

What if I vote yes? You support a change to the Florida Constitution that states “only a citizen” of the U.S. who is 18 years old or older can vote in Florida.

What if I vote no? You do not support amending the Florida Constitution, so the existing language of “every citizen” stays the same.

What does this mean? The Florida Constitution, Article X, Section 24, would be amended to increase the existing state minimum wage from $8.56 an hour to $10 an hour starting Sept. 30, 2021. It then will increase by $1 each year until reaching $15 an hour in September 2026. Afterward, increases in minimum wage will be adjusted for inflation.

Lawyer John Morgan and his campaign, Florida For a Fair Wage, are spearheading this amendment.

“I’m confident because Floridians are compassionate and know that giving every worker a fair wage means not just lifting up those who would directly benefit but lifting up our broader economy when hardworking folks have more money to spend,” Morgan said.

In a letter to the Miami Herald, the President and CEO of the Florida Restaurant & Lodging Association wrote that an increase in the minimum wage would result in business owners finding ways to control costs.

“Solutions include reducing the number of employees and the hours that remaining employees work and seeking labor alternatives like automation,” Carol B. Dover said.

What if I vote yes? You support changing the Florida Constitution to increase the state’s minimum wage to $15 an hour by September 2026.

What if I vote no? You do not support a change to the minimum wage, so the current minimum wage of $8.56 an hour remains unchanged.

Title: All Voters Vote in Primary Elections for State Legislature, Governor, and Cabinet

Summary: “Allows all registered voters to vote in primaries for state legislature, governor, and cabinet regardless of political party affiliation. All candidates for an office, including party nominated candidates, appear on the same primary ballot. Two highest vote getters advance to general election. If only two candidates qualify, no primary is held and winner is determined in general election. Candidate’s party affiliation may appear on ballot as provided by law. Effective January 1, 2024.”

What does this mean? The Florida Constitution, Article VI, Section 5, would be amended to include a section C, essentially changing the state’s primary-election system from a closed election restricted to party-affiliated voters to one that allows people to participate regardless of party and the top two candidates go on to the general election. This is considered a “top-two primary.”

Currently, a voter must be registered with a political party, such as the Democratic Party and the Republican Party, to vote in a primary election.

RELATED: Your vote on this Florida amendment could drastically change the way we vote in the future

The Florida Democratic Party and the Florida Republican Party oppose the amendment. In September, several Black lawmakers came out in opposition, as well, saying the primary system would limit minority representation. People Over Profits Chairman Sean Shaw told the News Service of Florida if, for example, this system were in effect during the 2018 primary, Gov. Ron DeSantis and Adam Putnam, both Republicans, would have gone onto the general election for governor.

Three states use this sort of primary system: California, Nebraska and Washington.

What if I vote yes? You support changing Florida’s Constitution to create an open system for primary elections for state legislatures, the governor and cabinet members.

What if I vote no? You do not support changing the state’s closed primary system, so the current system remains: Voters who are affiliated with a party only can vote in their party’s primary election.

Summary: “Requires all proposed amendments or revisions to the state constitution to be approved by the voters in two elections, instead of one, in order to take effect. The proposal applies the current thresholds for passage to each of the two elections.”

What does that mean? The Florida Constitution, Article XI, Sections 5 and 7, would be amended to change how Florida currently amends its constitution. Follow this: Currently, when an amendment gets on the ballot, it only can be approved with 60 percent of voters in support. If it reaches that threshold, it gets added to the Florida Constitution.

This Amendment would essentially repeat the process over again. If Amendment 4 passes, the 60-percent threshold still stands and the process follows: An amendment gains voter approval and is placed on the next statewide ballot in a general election. If the amendment gets 60 percent again, it’s added to the constitution.

Keep Our Constitution Clean PC is the group behind the effort to pass Amendment 4. Attorney Jason Zimmerman told WFSU the amendment is meant to limit citizens from being their own legislature by adding amendments to the Florida Constitution.

“If you want to amend the constitution to the state of Florida you have to get it on the ballot first get it passed through the normal process, and then it goes on the ballot again,” said Zimmerman to WFSU. “By doing pass it twice we think we can reduce the amount of you know whimsical constitutional amendments.”

The League of Women Voters of Florida is against Amendment 4, arguing it lessens the power of citizens.

“We think it would be the absolute final nail in the coffin for the citizen initiative petition process in Florida,” Brigham told the Orlando Sentinel.

What if I vote yes? You support changing the amendment process in Florida: If an amendment to change the Florida Constitution earns 60-percent support, it appears on the next general election ballot for a second vote. With another 60 percent in support, the amendment passes.

What if I vote no? You do not support changing the current amendment process, so once an amendment gets to the ballot, it is approved with 60-percent voter support and that's it. 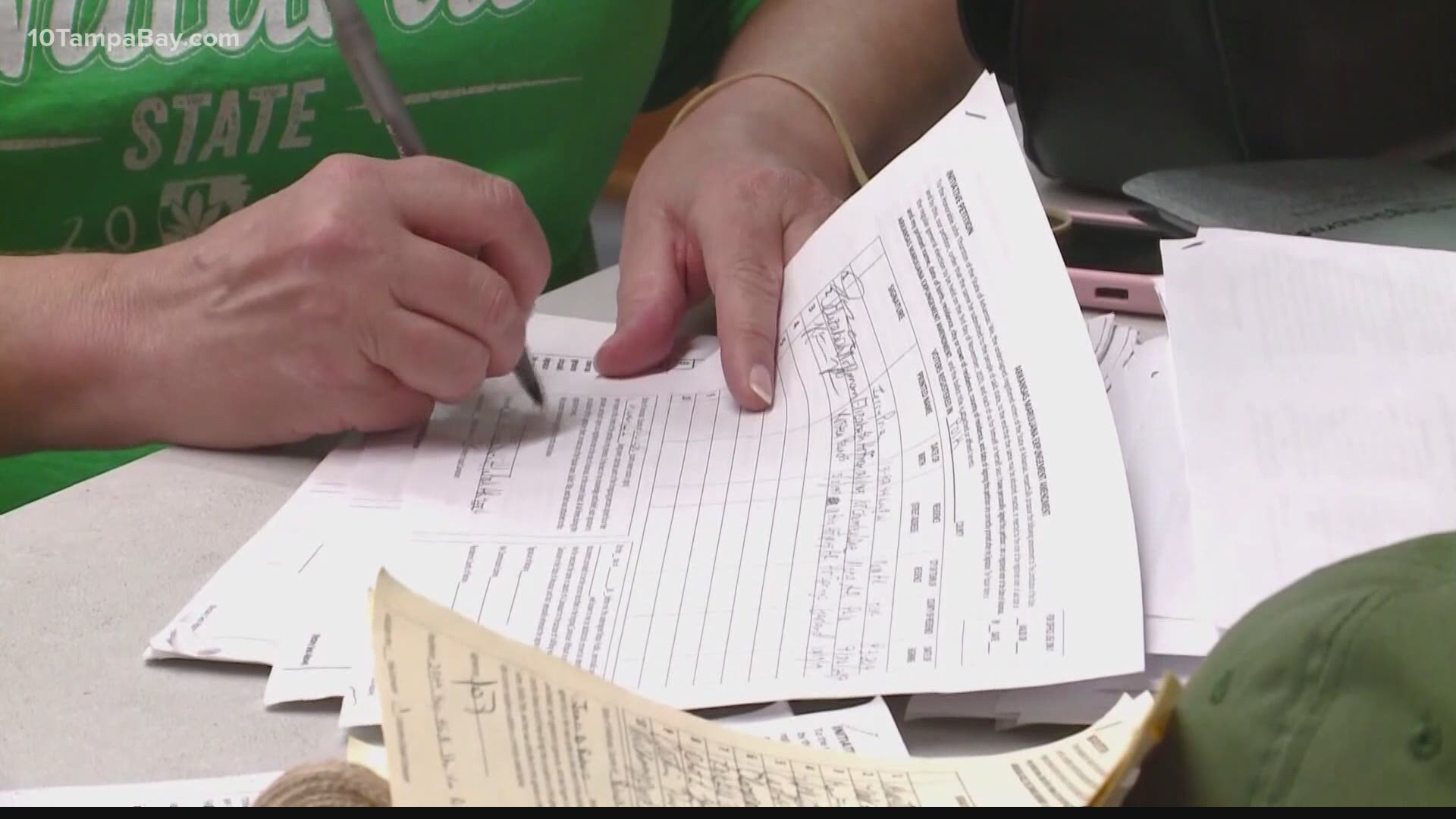 Summary: “Proposing an amendment to the State Constitution, effective date January 1, 2021, to increase, from 2 years to 3 years, the period of time during which accrued Save-Our-Homes benefits may be transferred from a prior homestead to a new homestead.”

What does that mean? The Florida Constitution Article VII, Section 4; Article XII, would be amended to allow a person to transfer “Save Our Home” benefits within three years instead of two. The Florida House of Representatives unanimously approved putting the issue to the voters.

The Tampa Bay Times editorial board says it makes sense and endorsed Amendment 5 by writing, in part: “People who sell their houses covered by a homestead exemption have two years to move into a new house and carry that tax break along with them. Except they really don’t. ... To transfer the Save Our Homes exemption, Florida law says a homeowner must have ‘received a homestead exemption as of Jan. 1 of either of the two immediately preceding years.’

“So someone could easily miss out by selling a home late in the year and then building a new home that isn’t finished by New Year’s of the year after next -- in other words, after only a year and a few days had passed.”

What if I vote yes? You support homeowners in having up to three years to transfer “Save Our Home” benefits to a new property.

What if I vote no? You do not support a change to the constitution, and there remains a two-year limit to transfer “Save Our Home” benefits. 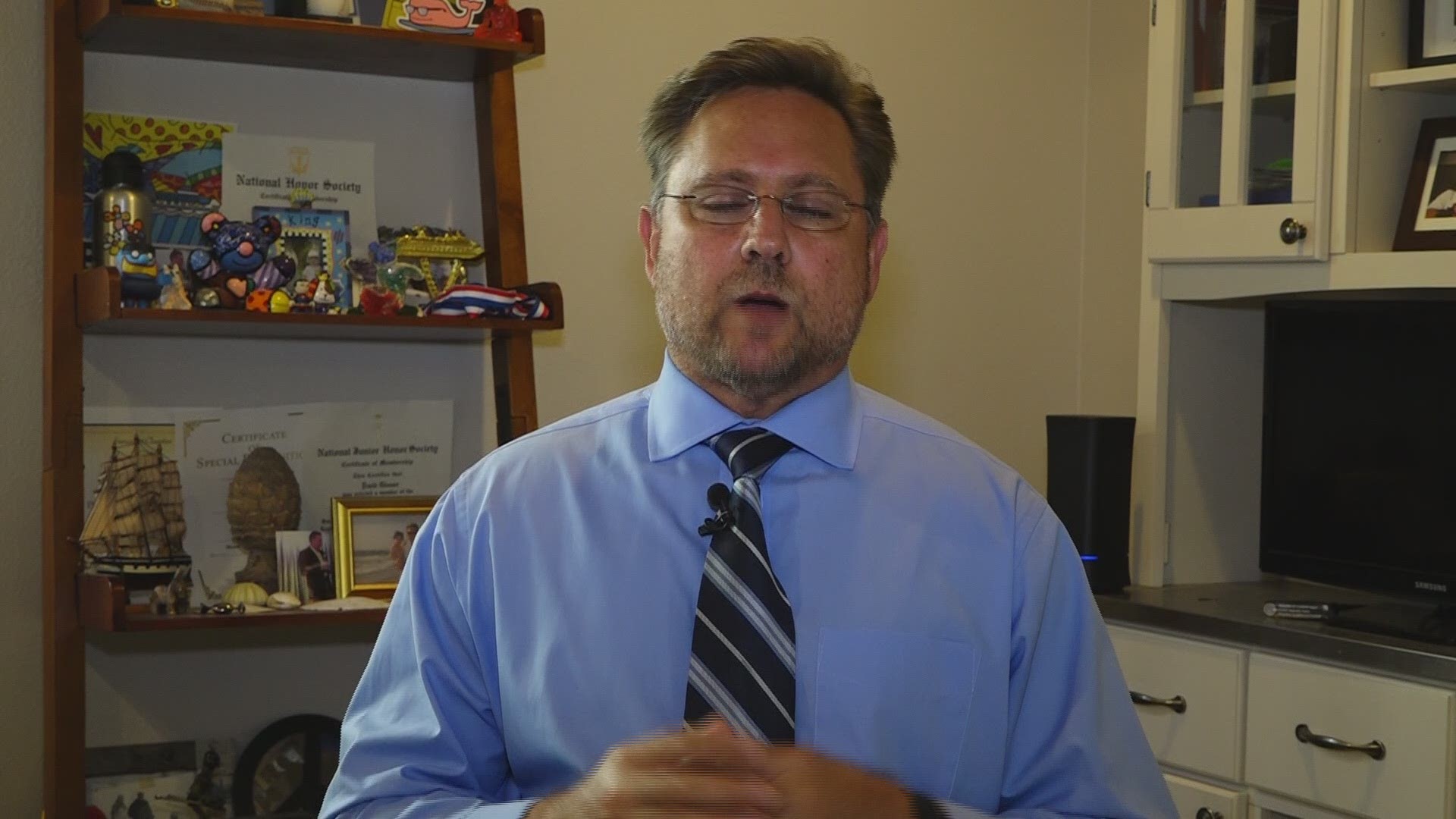 What does that mean? The Florida Constitution, Article VII, Section 6; Article XII, would be amended to allow a veteran’s surviving spouse to receive an existing homestead property tax discount. If he or she sells the property and moves into a new home, a discount not exceeding the previous discount carries over. It would not apply if he or she remarries.

Florida lawmakers unanimously approved putting the amendment to the voters.

What if I vote yes? You support allowing the surviving spouse of a deceased veteran to receive a homestead property tax discount.

What if I vote no? You do not support a change to the Florida Constitution, and a homestead property tax discount would not be transferred to the surviving spouse of a deceased veteran.

*A special thank you to Ballotpedia and its helpful guides that provided an assist in putting together this report.