Technical errors with the state's voter registration site hours before the initial deadline led to the decision. 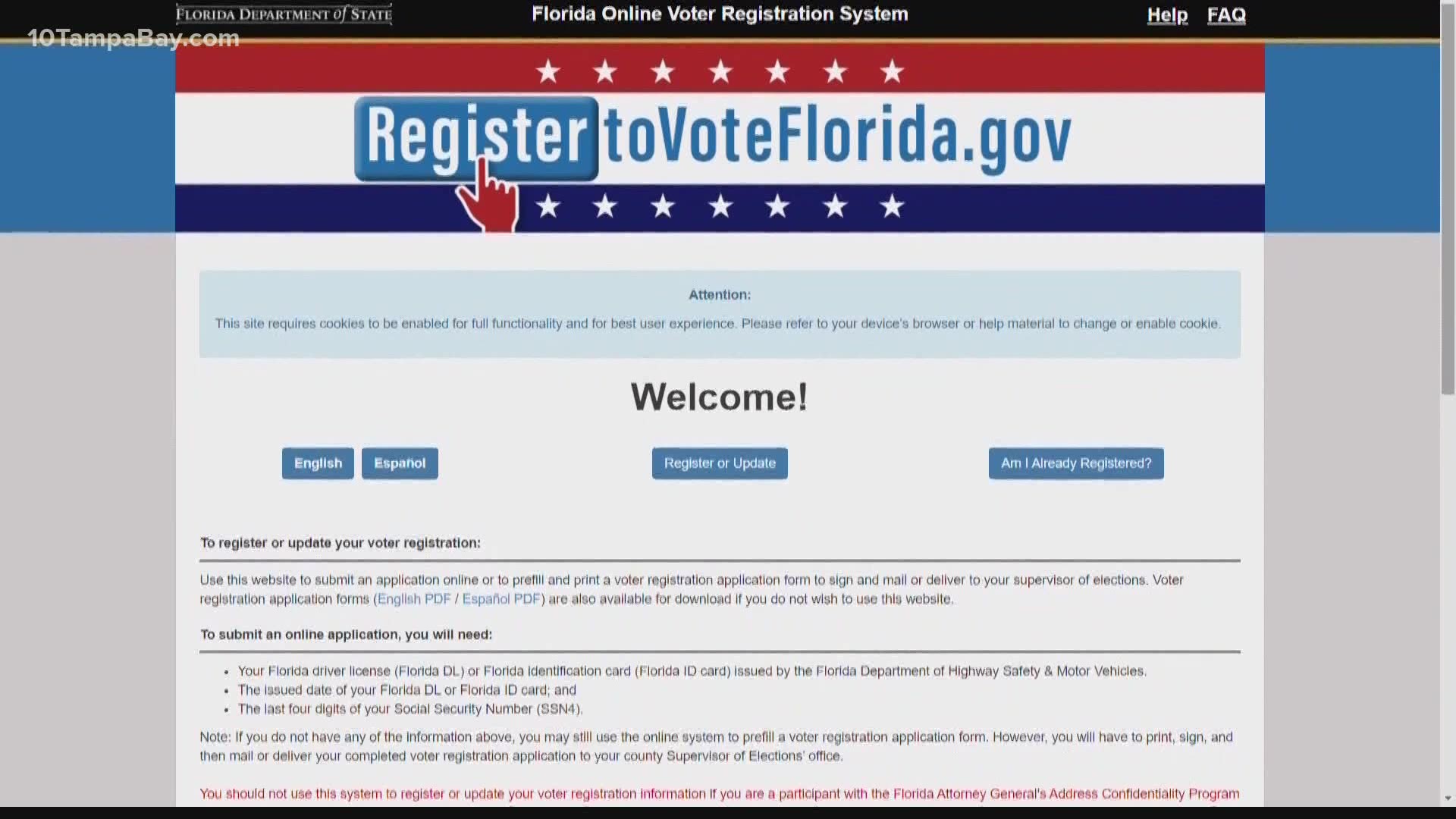 TALLAHASSEE, Fla. — The verdict is in: Florida voters will not get another chance to register to vote for this year's presidential election after the state's voter registration website was plagued with technical errors on the last day of sign-ups.

Chief U.S. District Court Judge Mark Walker's decision was filed early Friday morning. The 29 page order noted that in the end, "this case is not about Floridians missing registration deadlines. This case is also not a challenge to a state statute. This case is about how a state failed its citizens."
Walker said potential voters attempted to perform their civic duty and were thwarted, once again, by a state that seemingly is never prepared for an election.

"Every man who has stepped foot on the Moon launched from the Kennedy Space Center, in Florida. Yet, Florida has failed to figure out how to run an election properly—a task simpler than rocket science," Walker added.

On Thursday, he held a hearing on a lawsuit filed in the matter. He was left to decide whether to grant a preliminary injunction to re-open and extend the voter registration deadline in Florida.

The decision on the matter follows Gov. Ron DeSantis' announcement earlier this week to extend the deadline one day after technical difficulties impacted the site hours before the initial deadline.

What caused the technical difficulties? Florida's chief information officer told the Associated Press Wednesday that misconfigured computer servers — not a cyberattack — were to blame for the crash of the state's voter registration system.

“The servers were configured in a way that reduced its capacity to a fraction of a fraction of what it was capable of,” Grant said.

Regardless of the reasoning for the site's failure, the groups involved in the suit argued the one-day extension was not enough time to reach the eligible voters impacted by the state’s failure.

They said people will be disenfranchised because they were trying to comply with the deadline and follow the rules but could not register because of the state’s failure.

10 Tampa Bay Vote Squad's Courtney Robinson spoke with election attorney Chris Sautter Wednesday ahead of the final decision. He said Walker has handled many of Florida's voting rights cases and tends to be sympathetic to voting rights.

He figured Walker would look to facts and figures of potential impact.

"That being said, it's pretty clear that he intends to extend the deadline. And that his questions in today's conference call really went to the issue of 'How long? How many people were not able to get on, because of the computer crash?'" Sautter said.

The state did not respond to specific questions from 10 Tampa Bay about what improvements, if any, have been made to the site following previous problems or how many concurrent users the system can support.