One particular vaccine that has been showing promise is being tested in Miami. 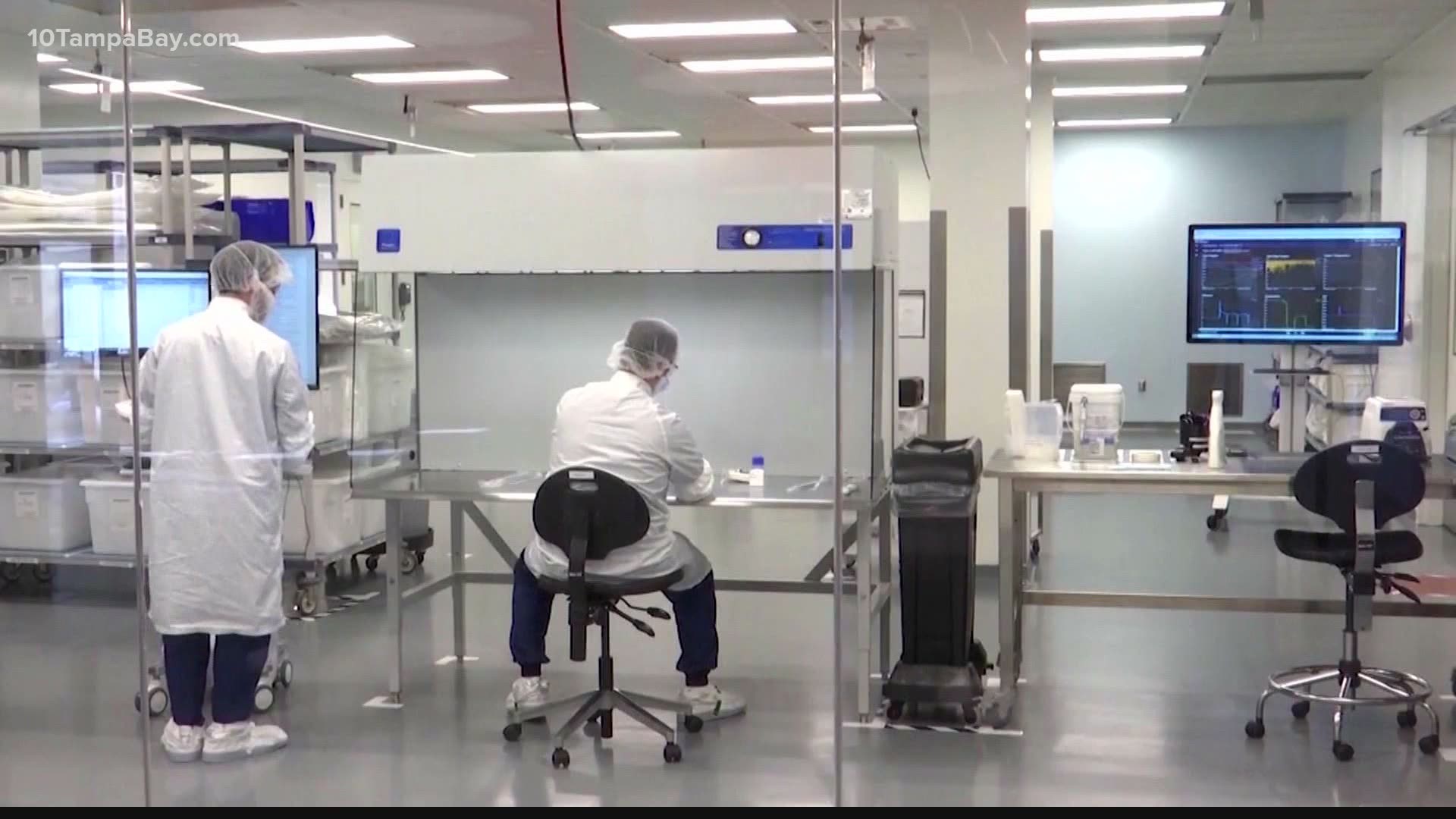 MIAMI — Vice President Mike Pence was in Miami on Monday to mark the start of Phase III trials for a coronavirus vaccine.

Pence participated in a roundtable discussion with university leaders and researchers at the University of Miami. The vice president's office said "incredible progress" had been made on the vaccine.

According to CBS Miami, the university's Miller School of Medicine is doing a trial for a vaccine developed by biotechnology company Moderna. Researchers recently began looking for 1,000 volunteers in the Miami area.

“We are trying to have our vaccine population reflect the diversity of South Florida in age, gender, race, so it is truly representative of people affect by COVID,” Dr. Doblecki-Lewis told CBS Miami.

In an earlier testing phase, the Moderna vaccine showed side effects at high doses. The third phase will try a lower dose.

Pence spoke to reporters afterward before returning to Washington D.C., saying he and the Trump administration are "encouraged by the favorable trends here."

"We have moved at a historic pace," Pence said. "We will make sure we move at a safe pace."

Monday's report from the Florida Department of Health showed the state reported another 8,892 new COVID-19 cases, the first time since July 8 the number reported dipped below 9,000. However, the positivity rate in Florida was reported around 11.39 percent on Monday, still more than twice the percentage the World Health Organization recommends for reopening.

Florida hasn't reported a positivity rate at or below 10 percent since June.

When asked about the timeline for a coronavirus vaccine, Pence said the administration believes a vaccine will be available at the end of the year or early 2021.

"It's important that we let the process work through. We will continue to do that," Pence said. "The data and the science will guide the authorization, application and administration of the vaccine."

There's still no guarantee that the experimental vaccine, developed by the National Institutes of Health and Moderna Inc., will really protect. The needed proof: Volunteers won’t know if they’re getting the real shot or a dummy version. After two doses, scientists will closely track which group experiences more infections as they go about their daily routines, especially in areas where the virus still is spreading unchecked.

Gov. Ron DeSantis, who was in attendance for the roundtable discussion and Pence's briefing, was also asked again about reopening schools in Florida.

"Our stance is that parents have a choice," DeSantis said. "The data is overwhelming (that kids are less at risk), but also not drivers of transmission.

The Florida Education Association is currently suing to stop the state's emergency order to reopen schools for in-person learning five days a week beginning in August.

Last week, the state reported a 9-year-old girl died from coronavirus complications in Putnam County. She was the fifth child in Florida to die during the pandemic, and the youngest to pass away after testing positive for COVID-19.